On each anniversary of the September 11, 2001, terrorist attacks on the United States, Americans gather at memorials and events across the country. They pause to remember the nearly 3,000 people who died in New York, Virginia and Pennsylvania on that day. Besides the three memorials built at the sites where each attack took place, other U.S. cities and towns have created their own annual 9/11 events and constructed local memorials as reminders of the lives lost.

Here are some scenes from tributes in 2018: 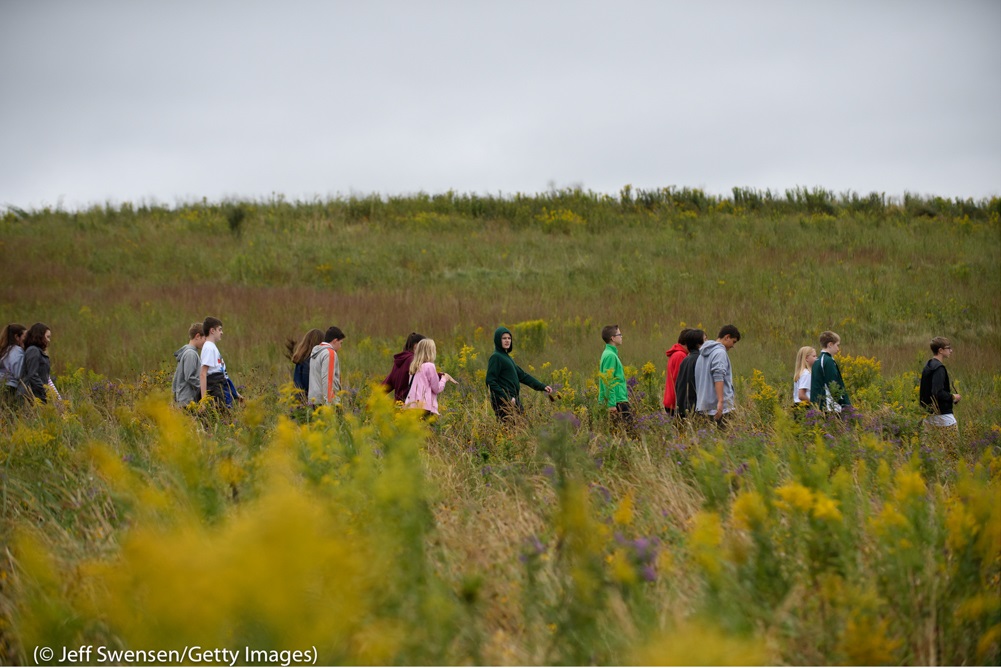 In Shanksville, Pennsylvania, site of the crash of United Airlines Flight 93 on September 11, visitors walk through fields along the path to the Wall of Names memorial. They had just heard President Trump speak at the Flight 93 National Memorial. 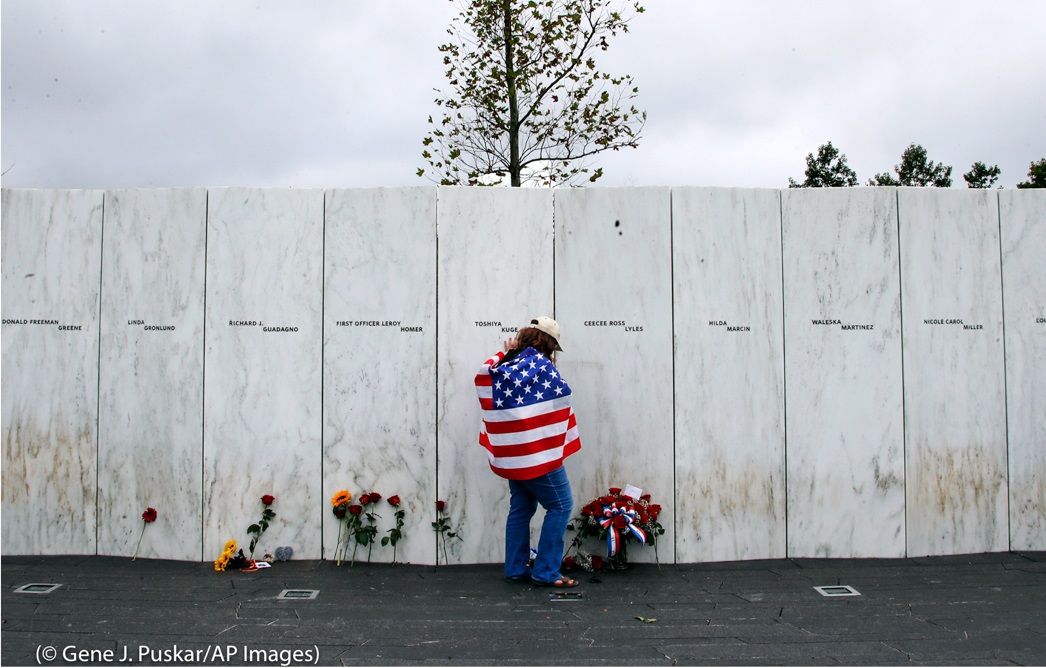 A woman pays her respects at the Wall of Names, which honors the 40 people killed there that day. 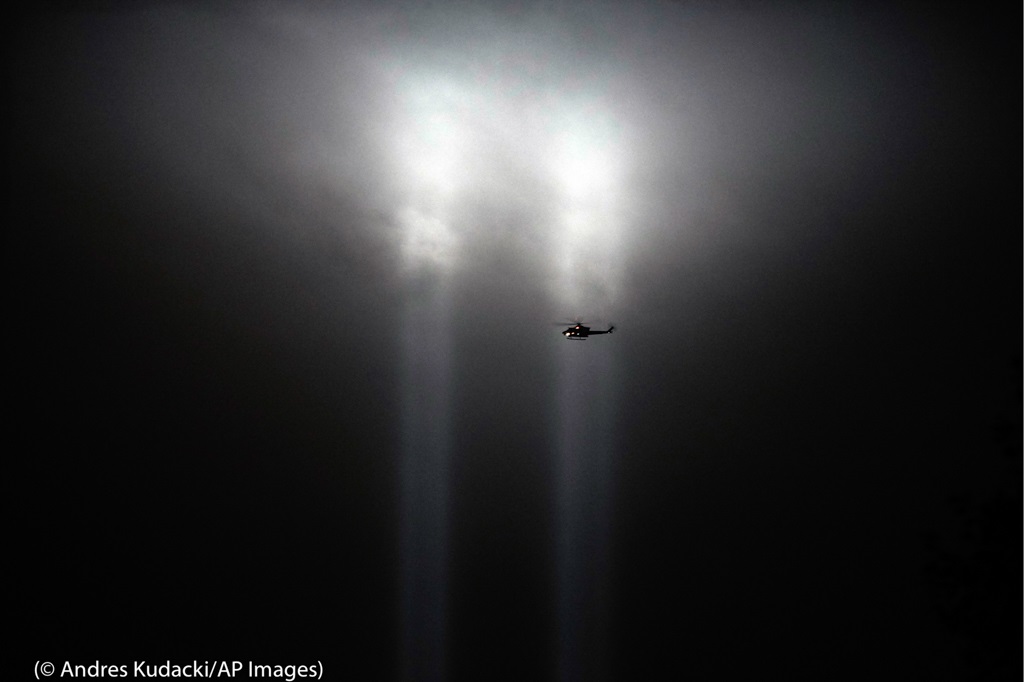 A helicopter flies by “The Tribute in Light” in the sky above the Lower Manhattan area of New York City. The two lights commemorate the Twin Towers that the terrorists attacked. 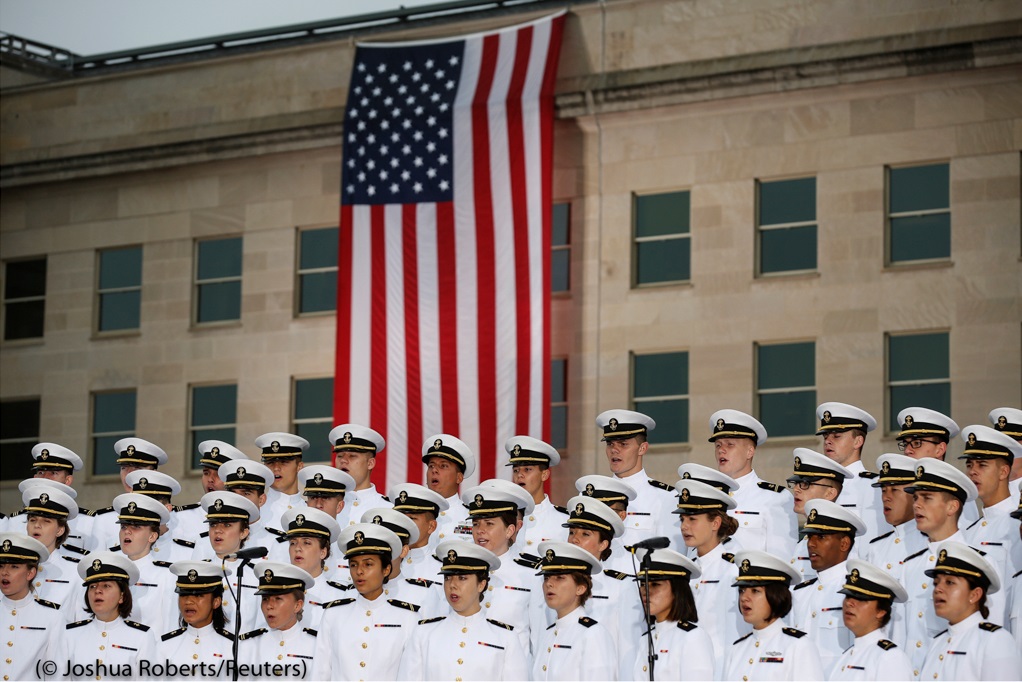 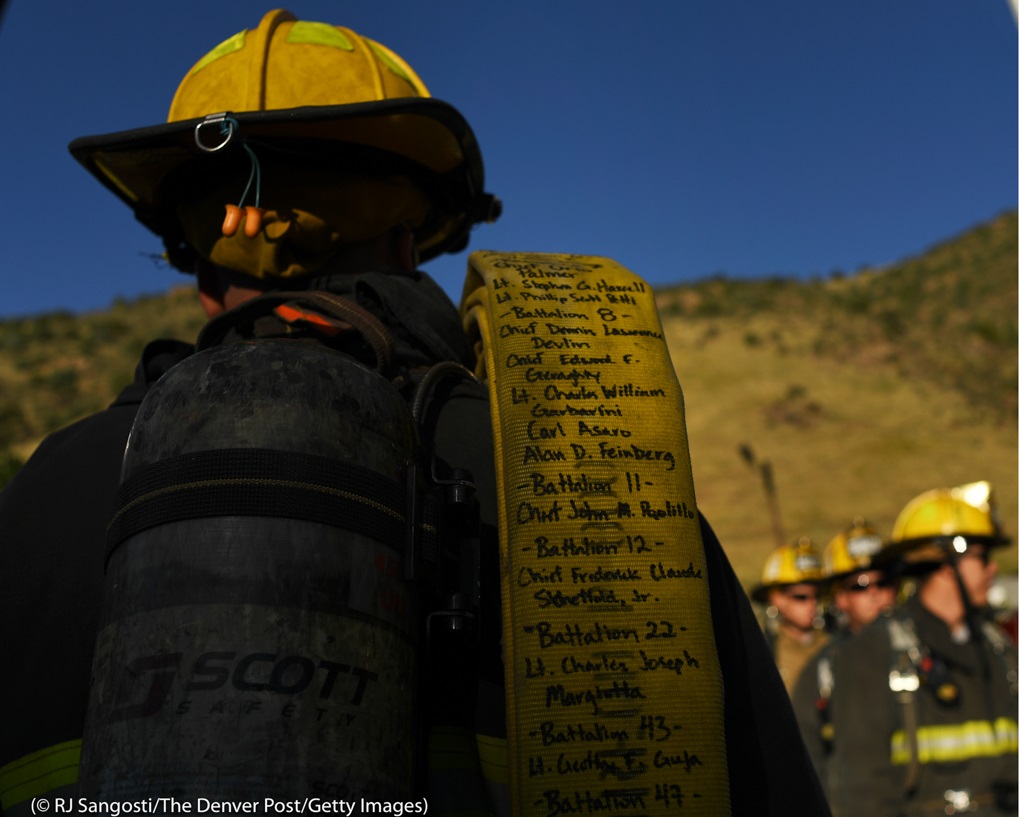 At Red Rocks Amphitheatre in Morrison, Colorado, a firefighter carries a fire hose with the names of the 343 firefighters who died on 9/11 trying to rescue victims trapped in New York’s Twin Towers. The event, called the Colorado 9/11 Memorial Stair Climb, takes place each year to remember those who died that day. 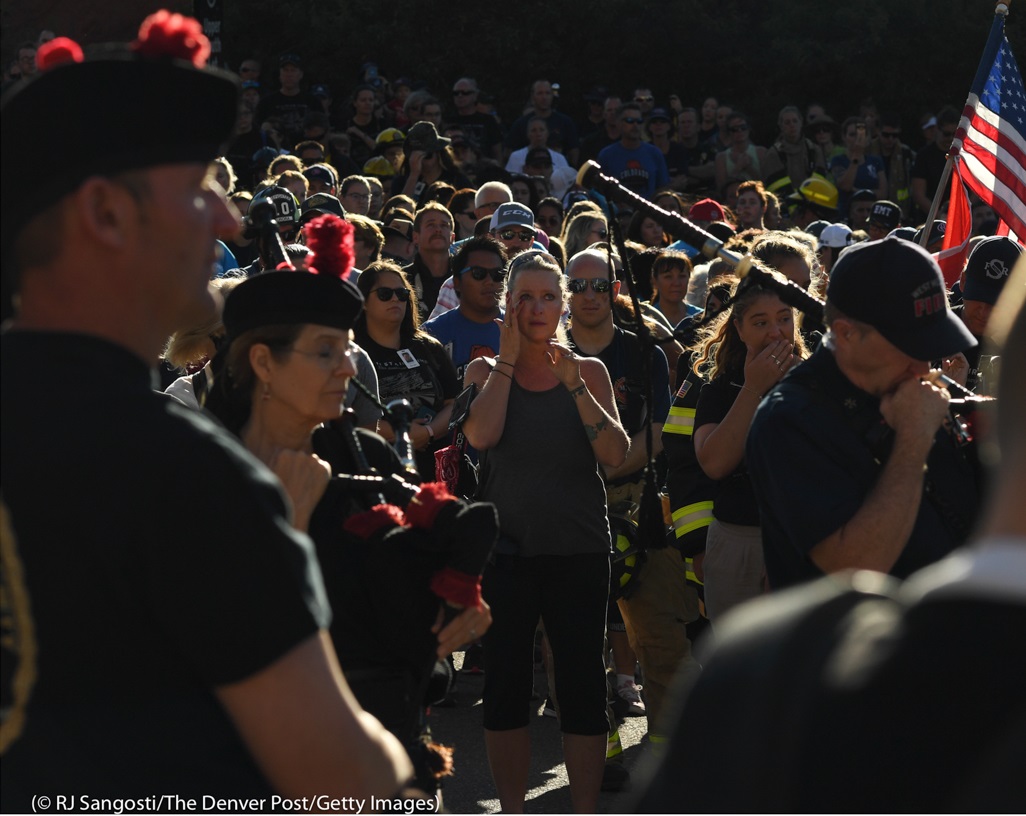 A woman wipes away a tear during the start of the Colorado 9/11 Memorial Stair Climb. 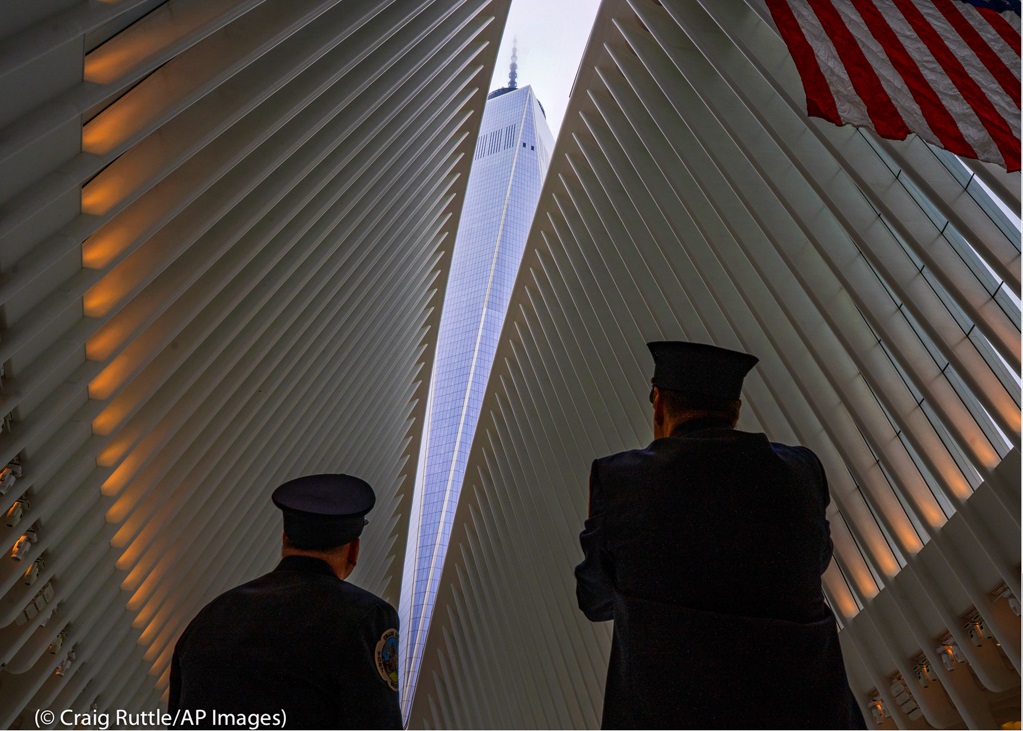 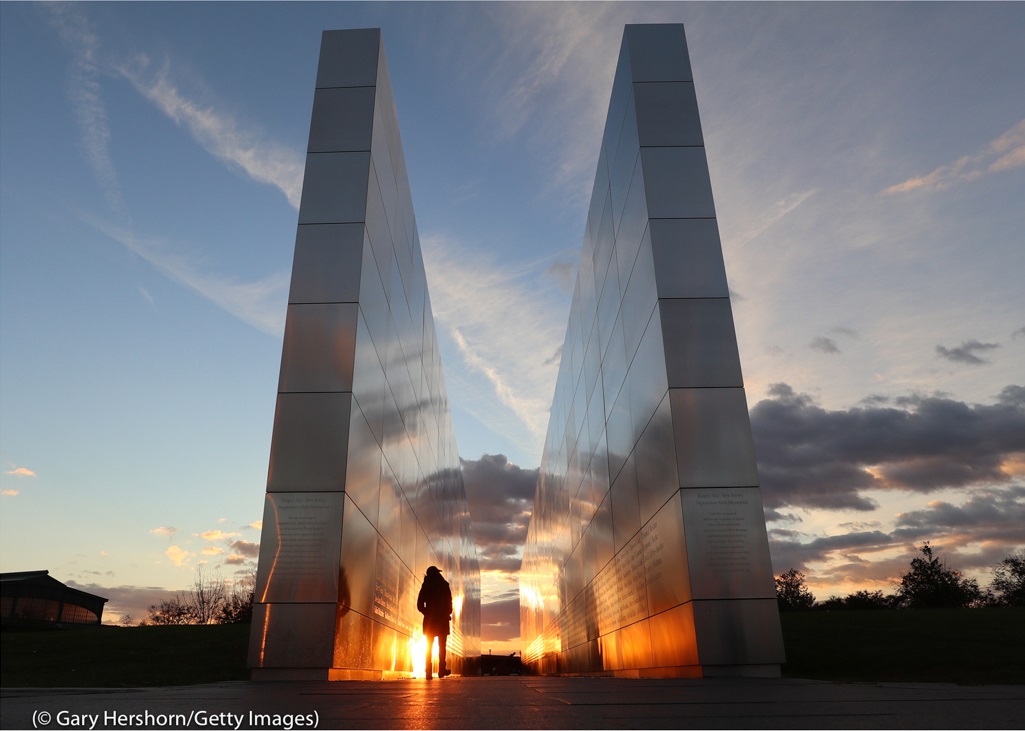 A person walks through the 9/11 Empty Sky Memorial in Liberty State Park in Jersey City, New Jersey, as the sun sets.