“Soul food,” a traditional African American cuisine characterized by hearty dishes such as fried chicken, catfish, cornbread, stewed greens, and black-eyed peas, is loved by millions of people. Although the cuisine developed over several centuries, it is still widely misunderstood and criticized in the United States because of its associations with slavery, poor health, and poverty. Soul food should be celebrated, however, as a delicious synthesis of the ingredients and cooking techniques of West Africa, Western Europe, and the Americas. It’s edible black history. 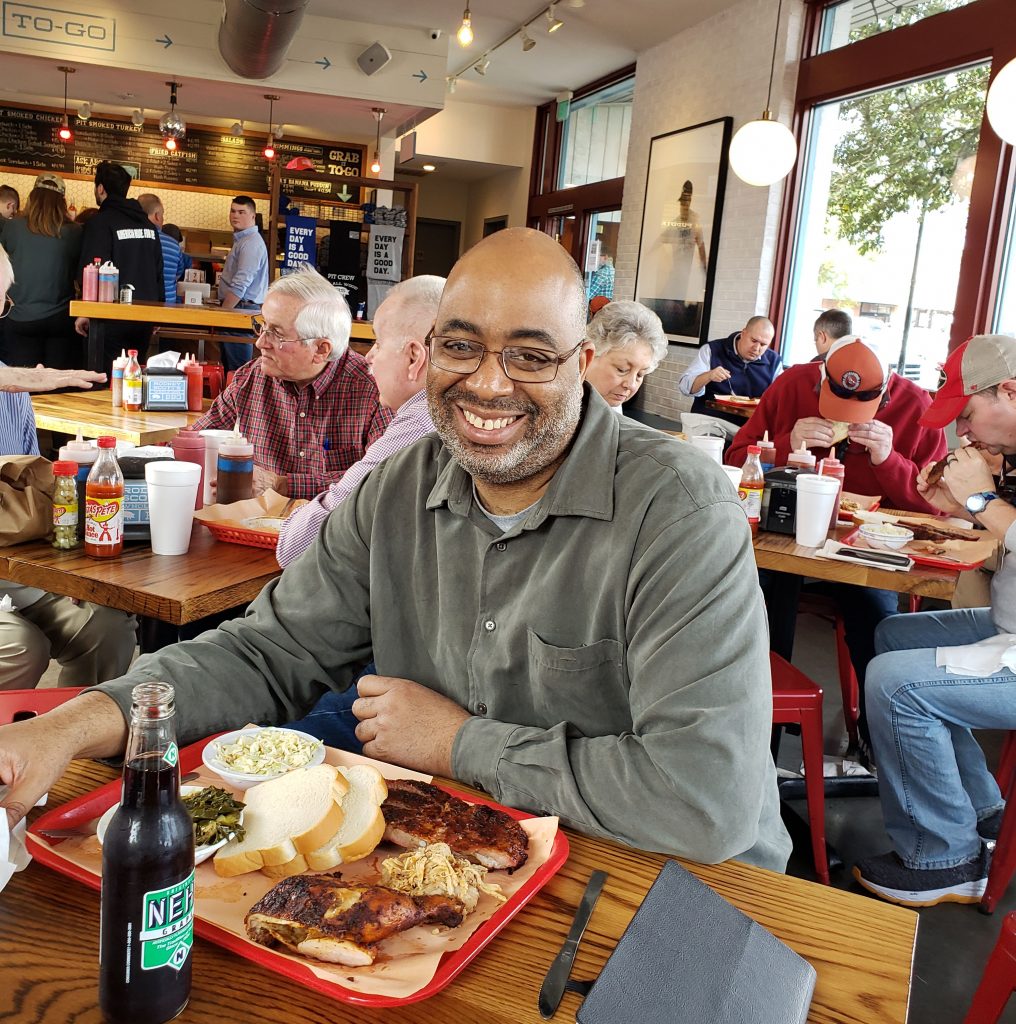 Most African Americans trace their ancestry to one of several countries along the western coast of Africa. From 1619 to the early 1800s, about 400,000 Africans were captured, brought to the United States, and enslaved. By the time of the Civil War, the number of enslaved African Americans had grown to four million. Most of them lived on small, rural farms, but a good number lived on large plantations. White slaveowners exercised their power by controlling the amount of food that enslaved people received every week.

In general, these rations included a few pounds each of a starch (cornmeal, rice or sweet potatoes) and dried, salted, or smoked meat (usually pork), and some molasses. The type of rations enslaved people got depended upon what was available locally. African Americans supplemented these staples by fishing, foraging, hunting, and gardening during the few hours of leisure time they were permitted after their day’s work. If the conditions were right, they grew familiar foods from West Africa like black-eyed peas, millet, okra, sesame seeds, sorghum, and watermelon. Otherwise, they found substitutes like collard greens for a West African green known as “bitter leaf,” peanuts for groundnuts, and sweet potatoes for tropical yams.

Pigs and chickens were widely used for meat because they are easy to raise. Being from coastal areas, African Americans eagerly consumed seafood when they could. Due to their enslaved status, they had to be very economical about using animals. Instead of eating the animal whole or in large steaks or chops, they used small pieces of preserved meat and red pepper to season large pots of boiled vegetables. In fact, a typical meal was just these stewed vegetables, a piece of cornbread, and water. Enslaved cooks only received white flour and white sugar to make biscuits and fancy desserts on weekends and special occasions.

It was in this slavery experience that the roots of soul food developed over several centuries. Such food, often eaten by whites as well, was known as “southern food” during this time period, however.

After slavery ended, large numbers of African Americans left the South for other parts of the U.S. in what is described as “The Great Migration.” As they adapted to new places, they modified what they ate. Familiar ingredients were often unavailable, so cooks found substitutes and started incorporating items used by their new neighbors, who were typically immigrants from other parts of the world. This emerging cuisine became known as “soul food” as late as the 1950s.

By the mid-1960s, a standard soul food meal had developed. The entrée could be fried chicken, fried catfish, or some sort of pork (chitterlings, ham, or a pork chop). The side dishes could include any combination of stewed black-eyed peas, candied sweet potatoes, stewed greens (cabbage, collards, kale, mustard, turnip greens are common), baked macaroni and cheese, and rice. Some sort of cornbread is the most common option for a starch, but wheat breads are also served. A popular condiment to use is hot sauce made with cayenne pepper, spices, and vinegar. African Americans typically drink a sweet red beverage (carbonated, punch, or something made from a mix) that is often referred to as “red drink.” Soul food is also known for having a multitude of dessert options, the most popular of which are banana pudding, peach cobbler, pound cake, and sweet potato pie.

There’s a lot of confusion about how “soul food” and “southern food” differ, because they overlap in terms of ingredients and cooking techniques. It’s best to think of “southern food” as the regional, mother cuisine that gave birth to several cuisines, including barbecue (beef brisket, pork spareribs), the Cajun and Creole cuisines of Louisiana (gumbo, jambalaya), the low country food of the North and South Carolina coastlines (shrimp and grits), the rustic cooking of the Appalachian mountains (chicken and dumplings stew), and soul food. In contrast to southern cuisine, soul food tends to be heavily seasoned, blurs the lines between being savory or sweet, and uses more variety meats like turkey necks and ham hocks for flavor.

In addition to traditional soul food, there are now a number of new trends in the cuisine. With the “Down Home Healthy” approach, cooks take a more health-conscious approach to their cooking by seasoning vegetables with leaner meats like smoked turkey instead pork, adding margarine instead of butter, frying with vegetable oil instead of lard, and using less salt and sugar. In the “Upscale Soul” trend, cooks use extravagant ingredients like heirloom vegetables, heritage breed meats, and exotic spices. Surprisingly, the most popular trends are vegetarian and vegan, which avoid the use of meat altogether. Vegans take the extra step of prohibiting the use of animal by-products like dairy and honey. Another trend is fusing soul food with other cuisines, particularly Asian cuisines. Some examples of this type of cooking are panko-coated fried chicken, adzuki beans with rice and smoked sausage, and Chinese egg rolls filled with collard greens.

Soul food remains a vibrant part of the African American diet, and it is now enjoyed by Americans of all heritage, all over the country. Try checking out a soul food restaurant next time you’re in the United States or cooking one of these recipes to experience it for yourself. This cuisine is sure to satisfy not only your taste buds, but also your soul.

Adrian Miller lives in Denver, Colorado, and is the author of the James Beard Award-winning book Soul Food: The Surprising Story of an American Cuisine, One Plate at a Time. You may follow him on Instagram and Twitter at @soulfoodscholar.