Can painters, musicians, actors, and other artists make a living doing what they love even if they’re not well known? They can if they’re also entrepreneurs, according to Dr. Jose Antonio Bowen, a musician and scholar who previously served as president of Goucher College and is currently a senior fellow at the Association of American Colleges & Universities. After beginning his career as a jazz performer and appearing on five continents with the likes of Stan Getz, Dizzy Gillespie, Liberace, and many others, he now leads workshops on arts entrepreneurship for people interested in creative and performing arts careers. In addition to being an innovator in the field of arts entrepreneurship, he is also a pioneer of active learning and classroom design, and his work has been featured in The New York Times, Forbes, The Chronicle of Higher Education, NPR, and many other outlets.

Dr. Bowen visited Japan in November 2019 for a speaker program sponsored in part by the Embassy. American View sat down with him when he was in Tokyo to hear his thoughts on creative entrepreneurship and the unique ways in which American colleges educate aspiring artists. 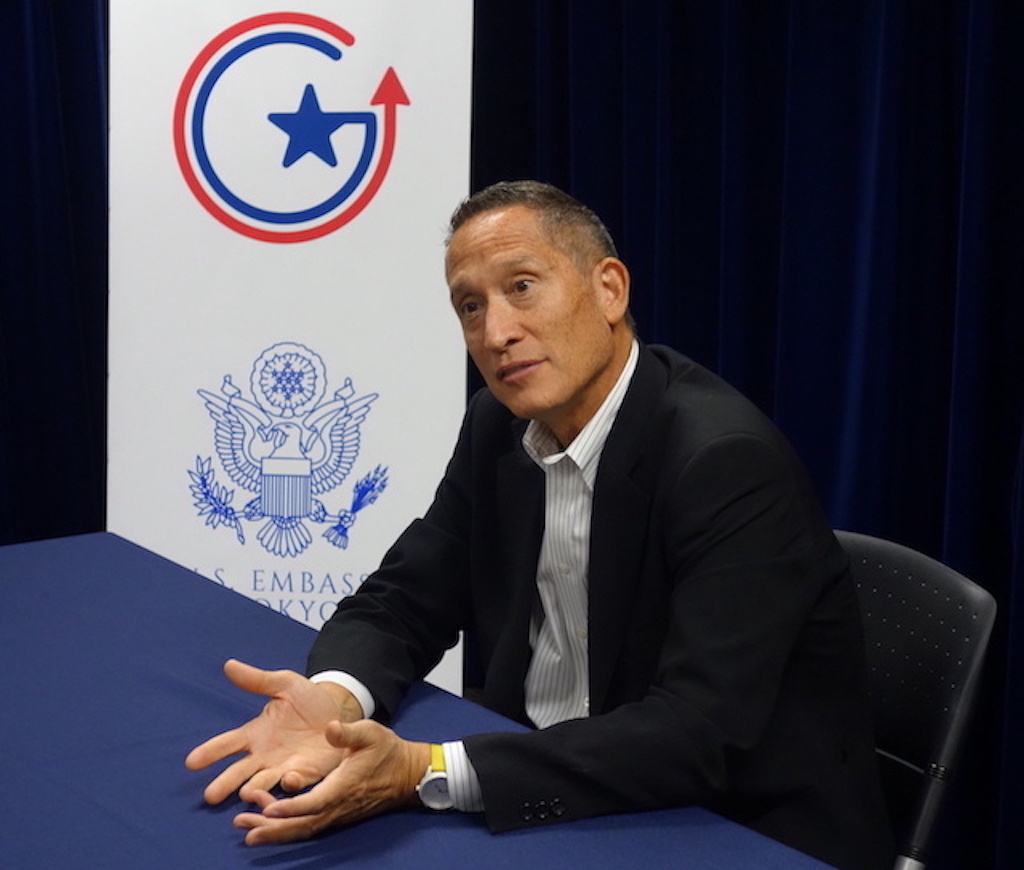 American View: What is arts entrepreneurship?

Dr. Bowen: Most young people don’t realize that most artists are freelancers. You don’t work for a company, you work for yourself, which has a lot of advantages. But it means that you’re the head of payroll, legal, marketing, sales; you’re the CEO; and you’re also the product. Artists don’t need a business degree, but they do need to think creatively about what they can do to bring in revenue. You can make a living as an artist, but most artists, even the famous ones, are freelancers and entrepreneurs.

People think of entrepreneurs as the people who created Apple and Google. Yes, those are entrepreneurs, but an entrepreneur is anybody who is creating a new enterprise. By its nature, entrepreneurship is the same set of activities that you need to be an artist: innovative, creative, flexible, adaptable, resilient, dedicated, strategic. In some ways, it’s an American attitude toward life and business that you can create your own work.

American View: How can people in the arts be entrepreneurs?

Dr. Bowen: Students coming to college have generally heard of two kinds of people in the arts: They’ve heard of famous people, and they’ve heard of their high school music or art teachers. But most artists are neither of those things. Most artists run a little shop, have a website, play in a wedding band, those sorts of things. That’s where 99% of the work is. Most of the people who actually make a living as a violinist do the work in a quieter way. You have to have a good product. You can’t be a crappy violinist. But just being a good violinist is absolutely not enough to make sure that you eat based upon your art. The trio is to make art, make money, do good. If you can find the intersection of those three things, you’re probably going to be happy and motivated, and your life is probably going to have meaning. 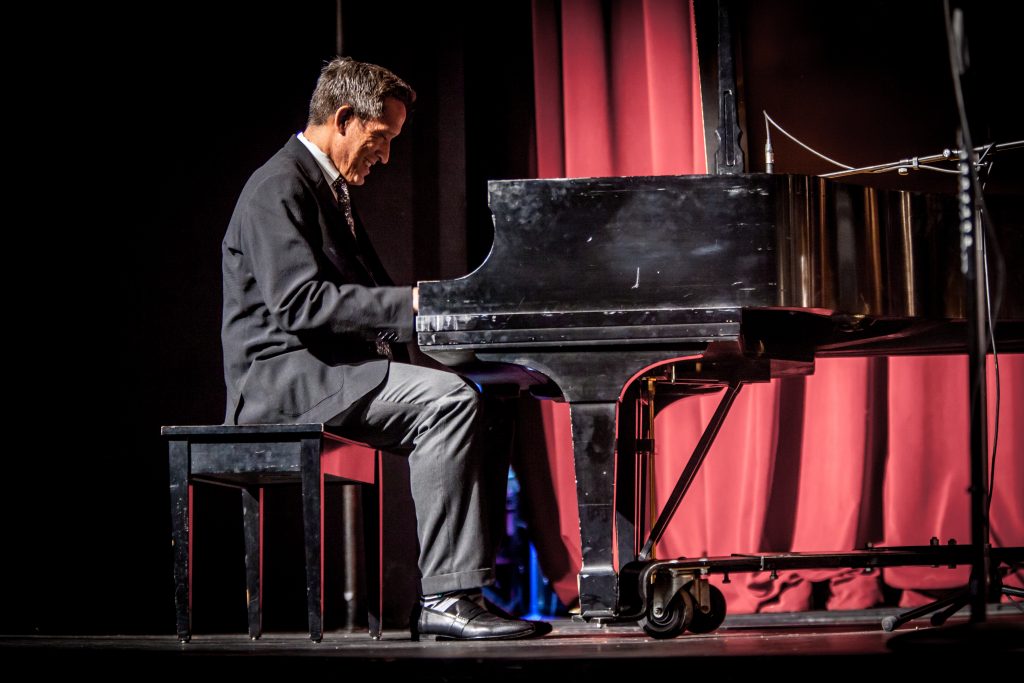 Dr. Bowen at the piano

American View: What are the benefits for aspiring artists of studying in the United States?

Dr. Bowen: The best thing is that in America, you don’t only have to study the arts. The skill that you need to be a violinist is that you need to practice a lot and have real skill, but you also need to have something to say. Those history and English and physics courses, that expansion of your mind, makes you a better artist even though it doesn’t necessarily enhance your violin skill. Fluidity of discipline is a good thing for everybody’s mind, but it’s a great thing for artists to be able to study with people who have other interests and all that diversity and mental friction. So that’s a different sort of system than most of the world has where they separate out all the artists. One of the advantages of American universities is that we force you to spend a year or two mixing with the other people and being exposed to the other ideas.

American View: What college programs in the United States do you think are particularly unique?

Dr. Bowen: What’s happening is that there is a convergence of arts and technology that American colleges are recognizing. There are programs in creative computing that include things like videogames and animation, but also things like digital art, in which students might create a digital portrait that will respond to the people in front of it. So if I look sad, the portrait looks sad. If I look happy, the portrait looks happy. That’s art, but it’s also psychology; it’s also facial recognition and manipulation.

American universities are really good at inventing new degrees. We have new degrees in fashion and social media and all of those sorts of things. New fields are being invented all the time, and so in America when a new field is invented, someone immediately creates a major for it because you want to hire people in that. Another example would be digital journalism. Often a student will invent their own major, and then six months later, we’ll offer it to everyone else. 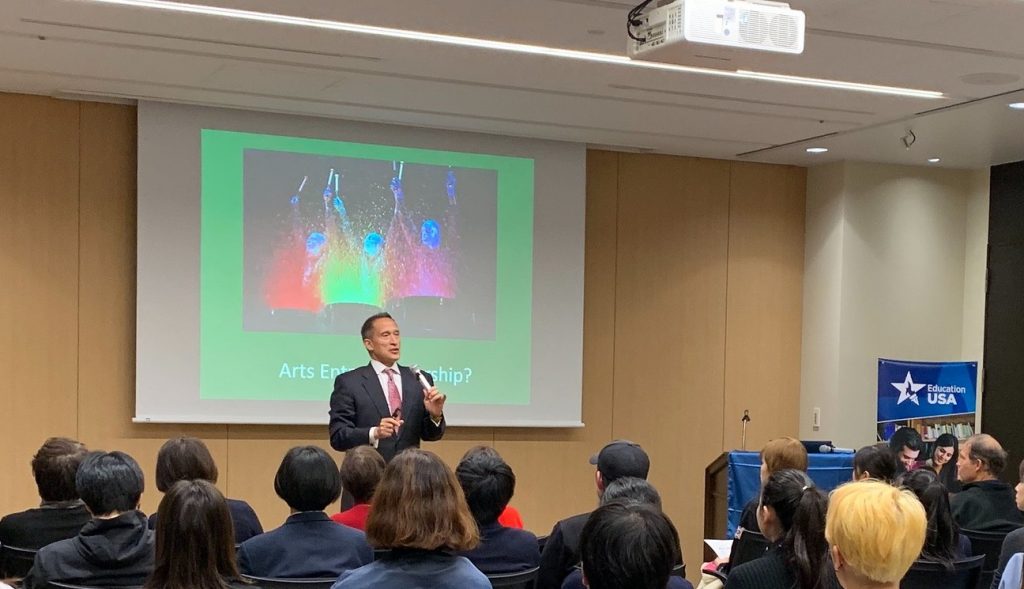 Dr. Bowen speaks at a Tokyo college fair featuring U.S. colleges that specialize in the arts on November 20, 2019.

American View: What advice would you give to Japanese students who want to study in the United States?

Dr. Bowen:  American universities want to bring in the widest variety of people, because it’s good for people to have to struggle with having different assumptions since that’s the place that you grow. The goal is to be uncomfortable and to rethink your assumptions. We want you to question all of your assumptions because that’s how we solve new problems.

In American education, I would say your major doesn’t matter. Pick something that interests you, but the whole point is to be broadly educated, so you get all the tools in the toolbox and be prepared when you graduate to be really good at changing your mind, so you can learn new things. That’s what most employers tell us they want. I’ve learned that that’s also true in Japan, not just in America.

Banner image: Dr. Bowen engages with participants at an Embassy-sponsored program held at WeWork Yotsuya in Tokyo on November 21, 2019.