In the United States, where millions of people are deaf or hard of hearing, sign language interpreters are everywhere the public is. 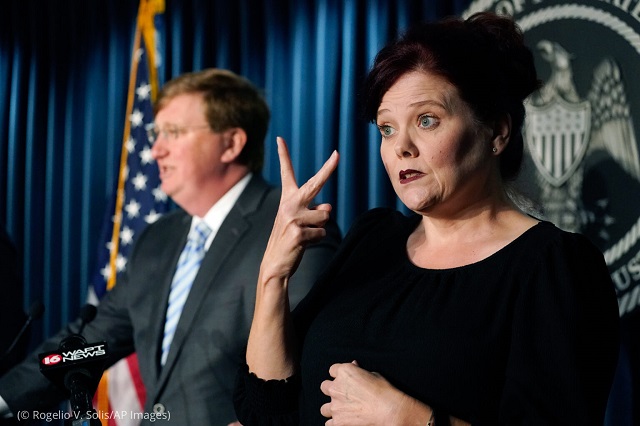 In Georgia, David Cowan signs at Governor Brian Kemp’s news conferences in a style so animated that he has won fans among the wider public who find him on social media.

Cowan, an interpreter since 1984, told Atlanta magazine that his role requires him to interpret in a way that people will understand what he’s telling them. “The deaf community doesn’t want the verbiage, the dialect,” Cowan told the magazine. “They want the message. I’m distilling … down to the meaning.”

Sign language interpreting has been part of communication in the United States for 200 years, but it didn’t become a profession until the late 1960s or early 1970s, said Howard Rosenblum, chief executive of the National Association of the Deaf. It was in that time period when training programs as well as exams to assess and certifications to identify standard skills came about. 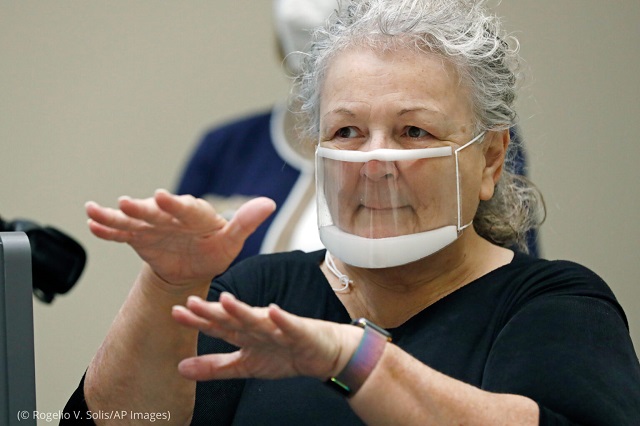 Interpreter Sandra Hester wears a see-through face mask so that the hard of hearing can see her facial expressions as she signs at the University of Mississippi Medical Center in July 2020 in Jackson, Mississippi. (© Rogelio V. Solis/AP Images)

The Rehabilitation Act of 1973 called for federal agencies and entities that receive federal funding to make events accessible to people with disabilities, including those who are deaf or hard of hearing.

In 1990, the Americans with Disabilities Act required employers, state and local governments and private businesses that are open to the public to reasonably accommodate people with disabilities. 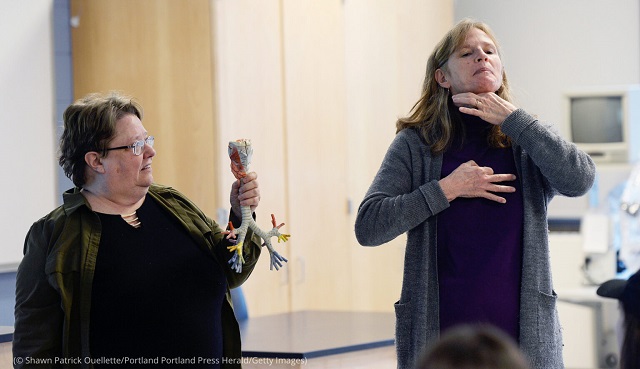 The act has meant “incredible opportunities for deaf and hard-of-hearing people,”  Rosenblum says. It has given them access to college educations, jobs, medical appointments, court appearances and entertainment.

Since 1992, an ASL expert has worked alongside a pop star singing the national anthem at the premier American sporting event, the Super Bowl. It’s a football game watched on television by tens of millions, many of whom are watching for the pre-game and half-time entertainment shows.

At the 2021 Super Bowl earlier this year, Warren “Wawa” Snipe interpreted the “The Star-Spangled Banner” as sung by country music star Eric Church and rhythm and blues singer Jazmine Sullivan. Snipe calls himself a Deaf American Sign Language performer (as opposed to interpreter), which allows him the freedom to express himself more than if he were rendering a strict interpretation of spoken English.

“Wawa Snipe showed how it is possible to convey ASL in creative ways, to convey his artistic interpretation of these iconic songs, just like the singers do,” Rosenblum said.