How the U.S. and Partner Nations Fight Corruption

Back in 2014, then-Vice President Joe Biden called corruption “a cancer that eats away at a citizen’s faith in democracy.” Now, under President Biden, the United States leads a global fight against corruption at home and abroad.

In a June 3 memorandum, Biden linked accountable and transparent governments and financial systems to healthy democracies.

“When leaders steal from their nations’ citizens or oligarchs flout the rule of law, economic growth slows, inequality widens, and trust in government plummets,” Biden said, elevating the fight against corruption to a national security priority.

Biden will host a Summit for Democracy December 9–10 focusing on anti-corruption efforts, advancing human rights and defending against authoritarianism. 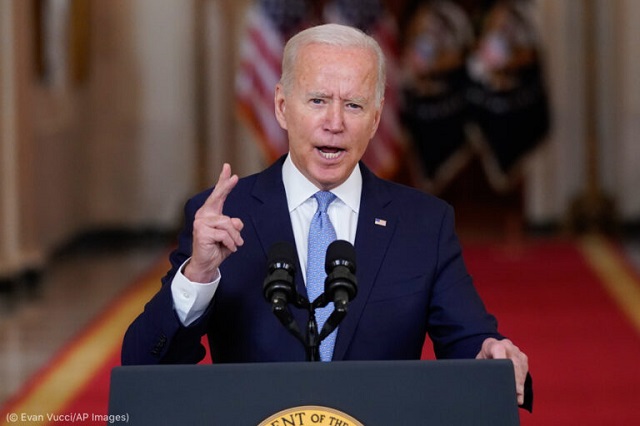 The Organisation for Economic Co-operation and Development in November 2020 commended the United States for strong enforcement of U.S. anti-corruption laws and for promoting good governance abroad.

In Ukraine, the U.S. Agency for International Development (USAID) has supported, among other initiatives:

These and other measures have saved Ukraine’s government some $6 billion since 2016.

“The United States stands with you as you bravely work to build a more honest, just, and democratic world,” USAID Administrator Samantha Power told an anti-corruption conference in Kyiv in June.

In Honduras, USAID supports the National Anti-Corruption Council, which has trained hundreds of public officials in good governance. The council recently identified $68 million in alleged corruption schemes related to the procurement of ventilators and other equipment for the country’s COVID-19 response.

Both USAID and the U.S. State Department’s Bureau of International Narcotics and Law Enforcement Affairs (INL) have helped foster judicial reform in Eastern Europe. INL supports the Central & Eastern European Judicial Exchange Network, a coalition of judges from 18 countries. In March 2020, the network issued a Judicial Manual on Independence, Impartiality and Integrity of Justice that has informed ethics codes and other judicial reforms in numerous countries.

USAID has trained more than half of Kosovo’s judges in a code of ethics and also helped improve judicial efficiency. In two years, judges in Kosovo cut their backlog of cases by 30%.

In partnership with Judge Afërdita Bytyqi, the first woman to become president of the Basic Court of Pristina, Kosovo’s largest court, USAID supported the court’s public information office in publishing decisions online where anyone can access them.

“The role of the justice system in democracy is big,” Bytyqi said. “Because only when we have an efficient system can we say that we have a democratic system in Kosovo.”