Few Americans possess a resume as varied as that of Mike Pompeo: first in his class at West Point, an editor of the Harvard Law Review, entrepreneur, congressman and director of the Central Intelligence Agency.

Add a new line to that resume: America’s chief diplomat.

Pompeo, 54, was sworn in 26 April 2018 as the 70th secretary of state in a line that stretches back to Thomas Jefferson. The Senate confirmed Pompeo 57–42 to succeed Rex Tillerson. 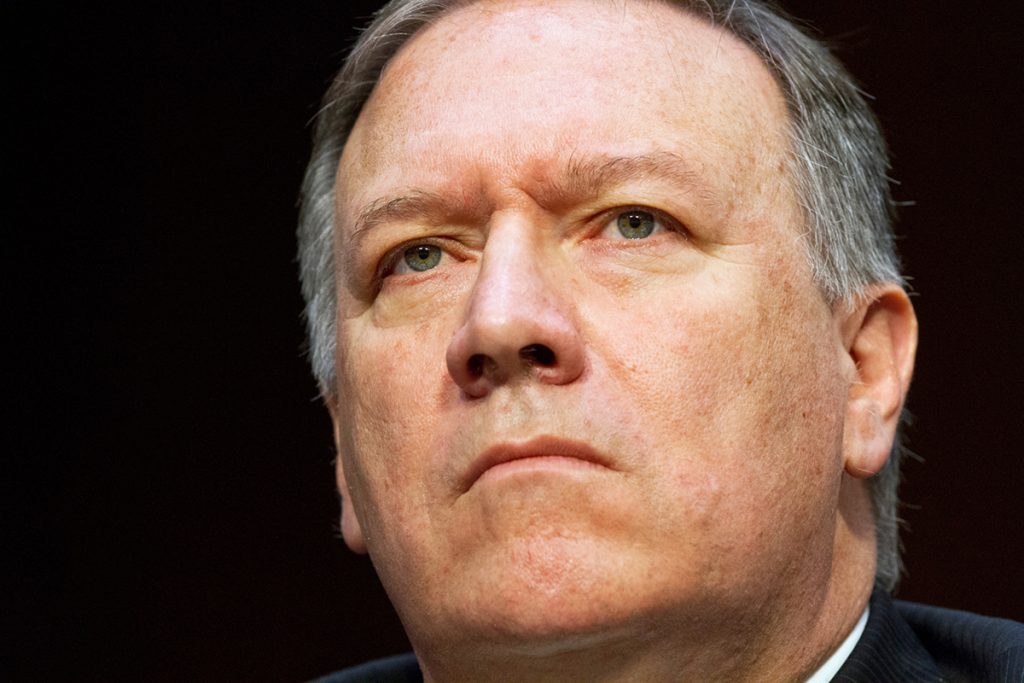 The former congressman from Wichita, Kansas, was already a trusted adviser to President Trump as director of the CIA, personally delivering the president’s daily intelligence briefings in the Oval Office.

He takes the helm of the State Department as a number of issues demand attention on the world stage, from North Korea to Iran, to Syria to Russia and China.

The great-grandson of Italian immigrants was born and raised in California, but spent summers on a family farm in Kansas. He played varsity basketball and was valedictorian in high school — and twice earned the title of “Employee of the Month” at the local Baskin-Robbins ice cream shop.

At the U.S. Military Academy he majored in mechanical engineering and graduated with the highest grades in the Class of 1986. As a young Army cavalry officer, he led a tank platoon patrolling the East German border near the end of the Cold War. 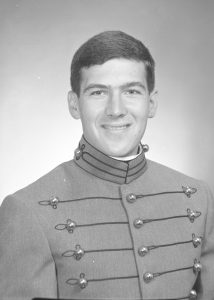 After the Army, he excelled at Harvard Law School, practiced corporate law in Washington and went into the aerospace supply manufacturing business in Wichita, Kansas, along with three friends from West Point.

Later Pompeo ran an oilfield supply company and taught Sunday school to fifth-graders at Eastminster Presbyterian Church. He and wife Susan have a son, Nicholas.

Pompeo was 46 when he entered politics, winning election to Congress in 2010. He was easily re-elected three times before Trump called on him to serve in his administration.

He told senators at his confirmation hearing he is a movie and Revolutionary War history buff with a soft spot for his golden retrievers, as well as a lover of country music, show tunes and college basketball.

Pompeo called himself a “blue collar” leader who prefers face-to-face conversations over email and never stays “sequestered on the executive floor of any building.” 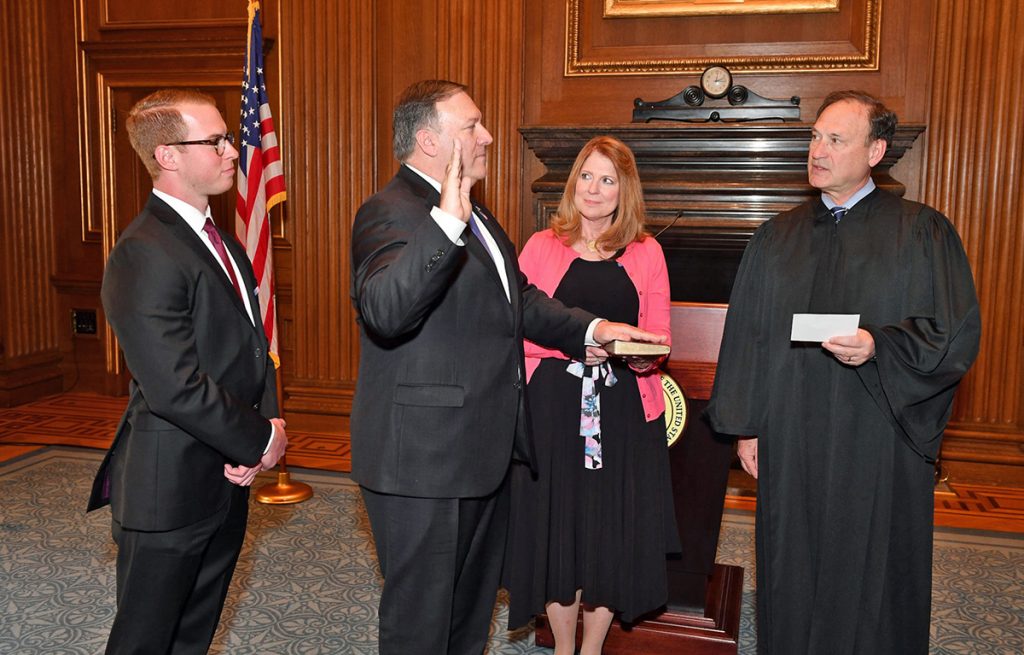 Mike Pompeo is sworn in with family members witnessing as the 70th secretary of state by Supreme Court Justice Samuel Alito in Washington. (State Dept.)

The State Department will “model the very best of America to the world” and seek to achieve “the President’s foreign policy goals with unrelenting diplomacy rather than by sending young men and women to war,” he pledged.

“If we do not lead the calls for democracy, prosperity, and human rights around the world, who will?” he asked.