Sara Minkara has spent her career changing the narrative surrounding disability. She emphasizes the value people with disabilities bring to their communities.

Today, she does so at the State Department. Appointed by President Biden to serve as the U.S. special advisor on international disability rights, Minkara is responsible for ensuring that U.S. diplomacy and foreign assistance support people with disabilities worldwide.

“We need to promote the narrative of inclusion for people with disabilities and not see it as charity or pity but as the right thing to do as a value-based, human rights issue,” Minkara told ShareAmerica.

In her role, she aims to ensure people with disabilities are included in the democratic process and have leaders who represent them and their interests globally. 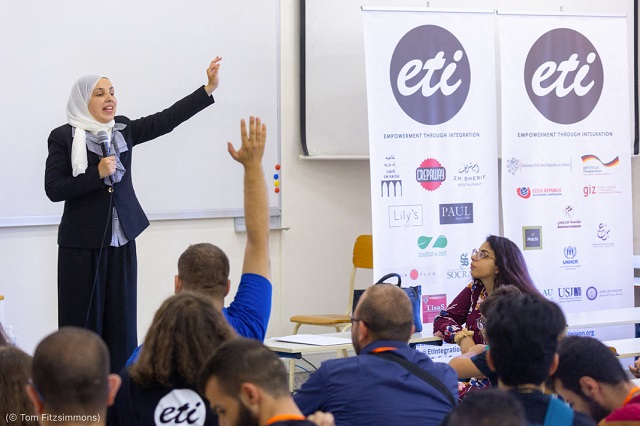 The cornerstone of all that she does, she has explained, stems from her experience as a blind Lebanese American Muslim woman.

Minkara became blind when she was 7 due to macular degeneration. As a student, Minkara excelled in math and science. When educators suggested she move into less challenging coursework, Minkara’s mother insisted that her daughter remain in accelerated classes.

She imagined she would pursue a Ph.D. in math and economics. Her perspective changed after the nonprofit association she founded as a university student, Empowerment Through Integration (ETI), hosted an inclusive summer camp in Tripoli, Lebanon.

There she observed that many children around the world lack access, tools and the empowerment needed to succeed. “I told the world I was proud to be blind,” she recalled.

Minkara emphasizes that schools, employers and governments should include people with disabilities in their planning rather than view them as a separate population.

“Institutions in society will say they do not have the funding or the resources to be inclusive,” she said. “I hear that a lot.” However, embracing a universal design approach and planning accessibility from the start benefits everyone. 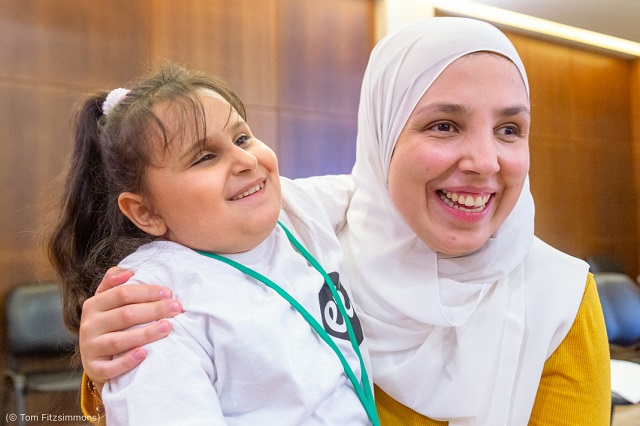 Technology companies, for example, create many voice-activated products that improve efficiency, but could do more to make home appliances accessible.

“We need to be more involved in the AI (artificial intelligence) world,” Minkara said. “That is our future. If we are not involved, we will be left behind.”

ADA a model for the world

She cited the 1990 Americans with Disabilities Act as a model for changing the environment where people live and work. The U.S. legislation allowed her to attend public schools as a child growing up on the south shore of Massachusetts.

Remote work and education settings required by COVID-19 protocols also teach the world how to adapt to an environment where participants do not engage in person.

“Everyone had to learn how to become more humane with one another, understandable and accessible,” she said. “We have been saying this forever in the disability community.” 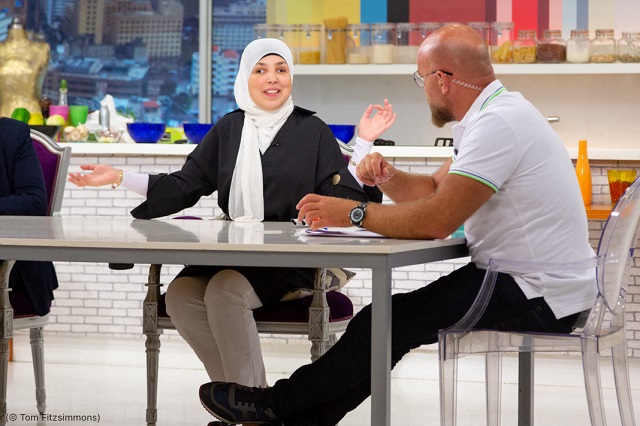 When she is not advocating, Minkara is an avid reader, hiker and explorer. She said she is always looking for the next book to get lost in or volcano to scale.

She is the second presidential appointee as the U.S. special advisor on international disability rights, following Judith Heumann, whom President Barack Obama appointed in 2010.

This International Day of Persons with Disabilities, Sara Minkara, Special Advisor on International Disability Rights, discusses how persons with disabilities are an integral force for progress and moving our world forward. #IDPD #AccessForAll pic.twitter.com/33XKvXpJHd

Banner image: Sara Minkara shows children how to use a white cane at a 2019 program sponsored by the nonprofit she created, Empowerment Through Integration (ETI). (© Tom Fitzsimmons)