The Quad: Supporting Democratic Values in the Indo-Pacific

The Quad partnership among the United States, India, Australia and Japan is committed to defending democracy and advancing prosperity in the Indo-Pacific region.

The Quad partners take on challenges together, from the COVID-19 pandemic and climate change to maritime security and supporting the rule of law in the Indo-Pacific region.

“President Biden has made this one of his earliest multilateral engagements,” said White House Press Secretary Jen Psaki, adding that it demonstrates “the importance we’ve placed on close cooperation with our allies and partners in the Indo-Pacific.”

The Quad grew out of the four democracies’ humanitarian efforts in response to the 2004 earthquake and tsunami in the Indian Ocean. 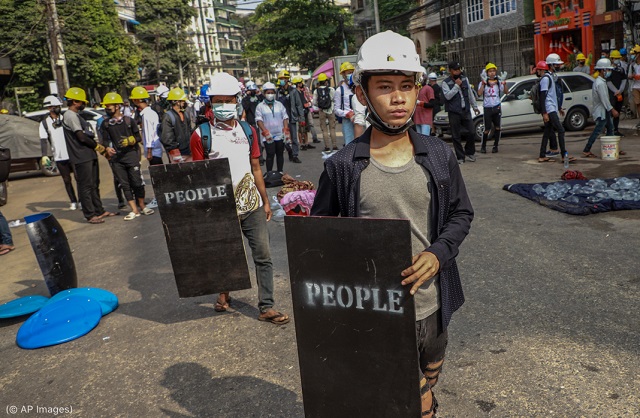 Leaders of the Quad are calling for the restoration of the democratically elected government in Burma, where demonstrators are protesting the February 1 coup. (© AP Images)

“Our four nations believe in common fundamental values such as democracy, rule of law, and free economy,” Japanese Foreign Minister Toshimitsu Motegi said in October. “We believe in having a regional responsibility, [and] share the goal of strengthening a rules-based free and open international order.”