"Time" Honors Kid of the Year for Tackling Global Challenges

One American innovator is using technology to tackle global environmental and social challenges while still in high school.

By mentoring others Rao is forming a global community of innovators to address challenges worldwide, says Time magazine, which named her its first Kid of the Year in December.

“My goal has really shifted not only from creating my own devices to solve the world’s problems, but inspiring others to do the same as well,” said Rao. “I really hope the work that all of these kids are doing identifies innovation as a necessity and not something that’s a choice anymore.” 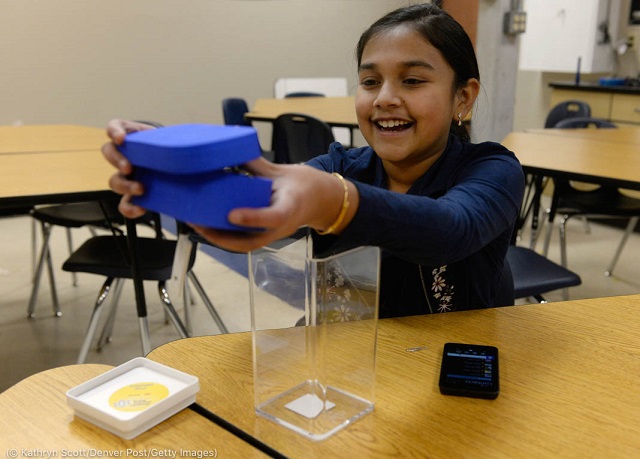 U.S. innovators develop technologies that improve people’s lives. In partnership with Japan and the Republic of Korea, the U.S. government is promoting women’s participation in science, technology, engineering and math (STEM) fields, which advances economic prosperity and growth.

Rao told Time magazine she always wanted to “put a smile on someone’s face,” to make someone happy every day. That ambition led her to use science and technology to solve problems. By age 11, she developed a device for detecting lead in drinking water that displays results on a smartphone app. Lead is harmful to health and can enter drinking water when pipes corrode, according to the U.S. Environmental Protection Agency.

Rao also created an app to prevent cyberbullying that uses artificial intelligence to identify troublesome words and gives the user an option to edit their message before sending.

She is currently working on a new device to help people in developing countries easily detect biocontaminants, such as parasites, in drinking water.

Rao advises other students to choose a problem they find intriguing and devote their energy to solving it, rather than tackling multiple challenges at once.

“Even if it’s something as small as, I want to find an easy way to pick up litter,” Rao told Time, “everything makes a difference. Don’t feel pressured to come up with something big.”