Since the end of World War II, the U.S.-Japan alliance has been the cornerstone of U.S. security interests in Asia. The two countries’ partnership remains fundamental to regional stability and prosperity.

Here is a brief timeline of U.S.-Japan diplomatic history and cooperation since the mid-20th century, with a focus on security issues. 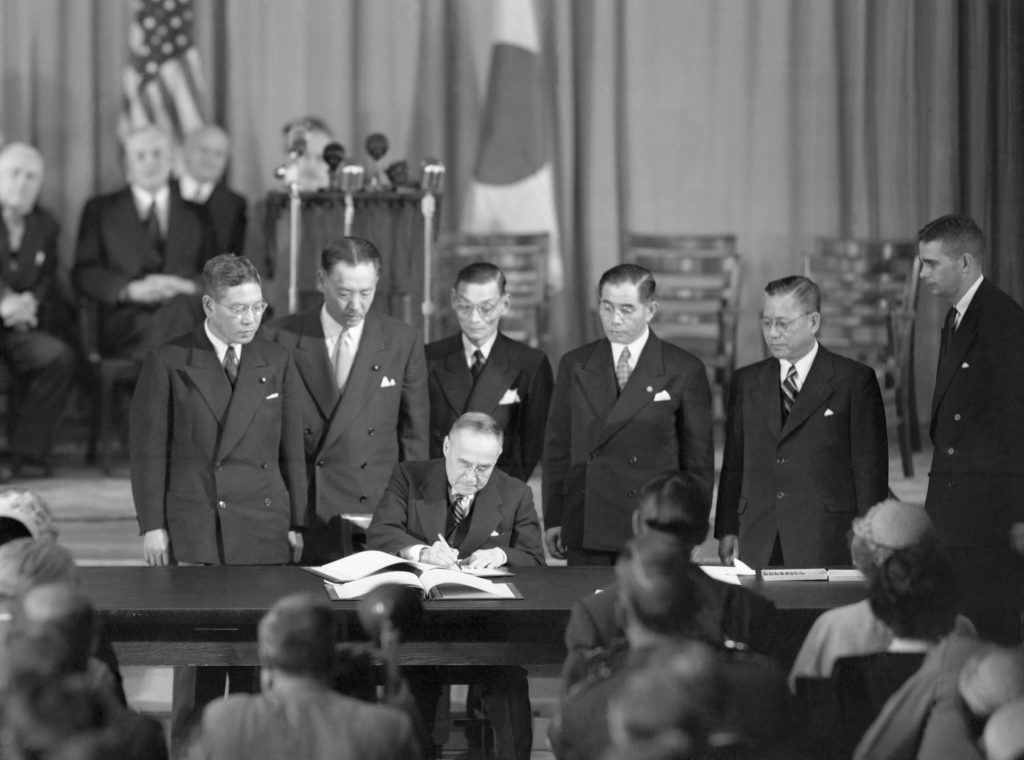 Officials meet in San Francisco to sign the Treaty of Peace with Japan on September 8, 1951, formally ending World War II and the Allied occupation of Japan. When the treaty goes into effect on April 28, 1952, Japan is once again an independent state and an ally of the United States.

While signing the peace treaty, U.S. and Japanese officials also sign the Security Treaty Between the United States and Japan — a 10-year, renewable military agreement that outlines a security arrangement for Japan that accommodates its pacifist constitution.

Japan and the United States sign a new, revised Treaty of Mutual Cooperation and Security on January 19, 1960. Under the treaty, both parties agree to assist each other in case of armed attack on territories under Japanese administration (although Japan is constitutionally forbidden from resolving international disputes through military force). The treaty also includes provisions on further developing international and economic cooperation. 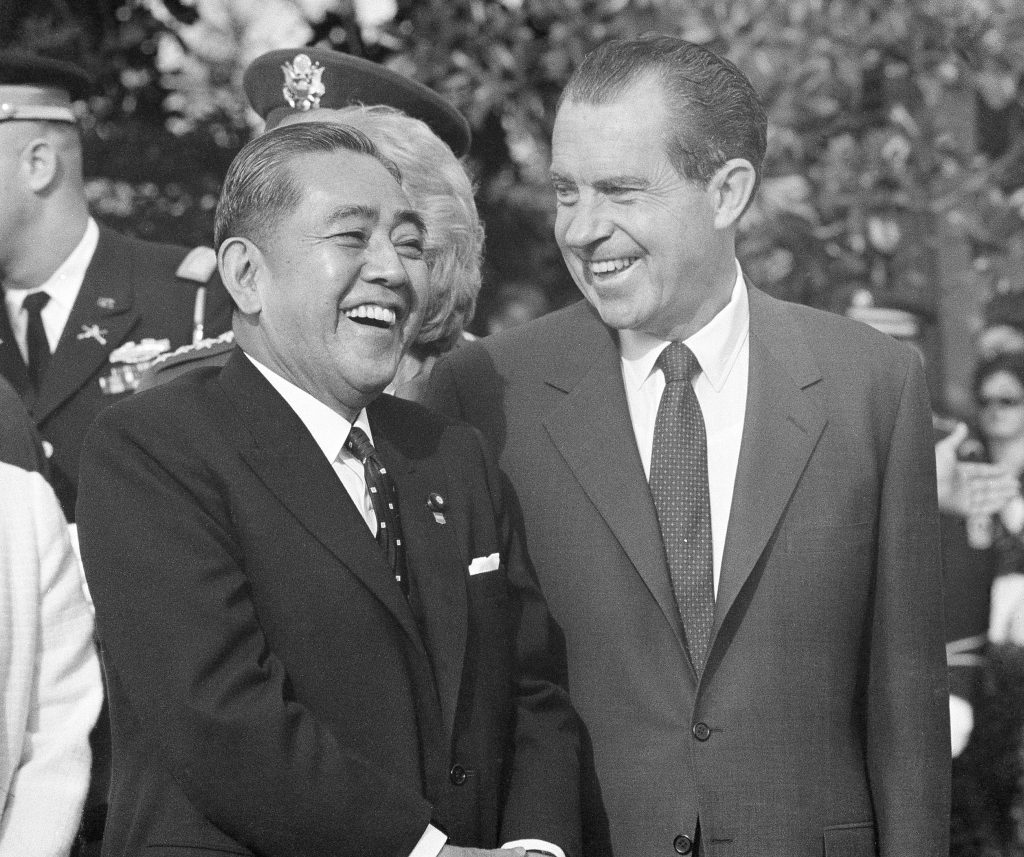 In November 1969, Japan’s Prime Minister Eisaku Sato visits Washington, where he and President Richard Nixon sign a joint communiqué announcing a U.S. agreement to return Okinawa — one of the Japanese territories acquired by the United States during wartime — to Japan in 1972. After 18 months of negotiations, the two countries sign an agreement in June 1971 with concrete provisions for the return. 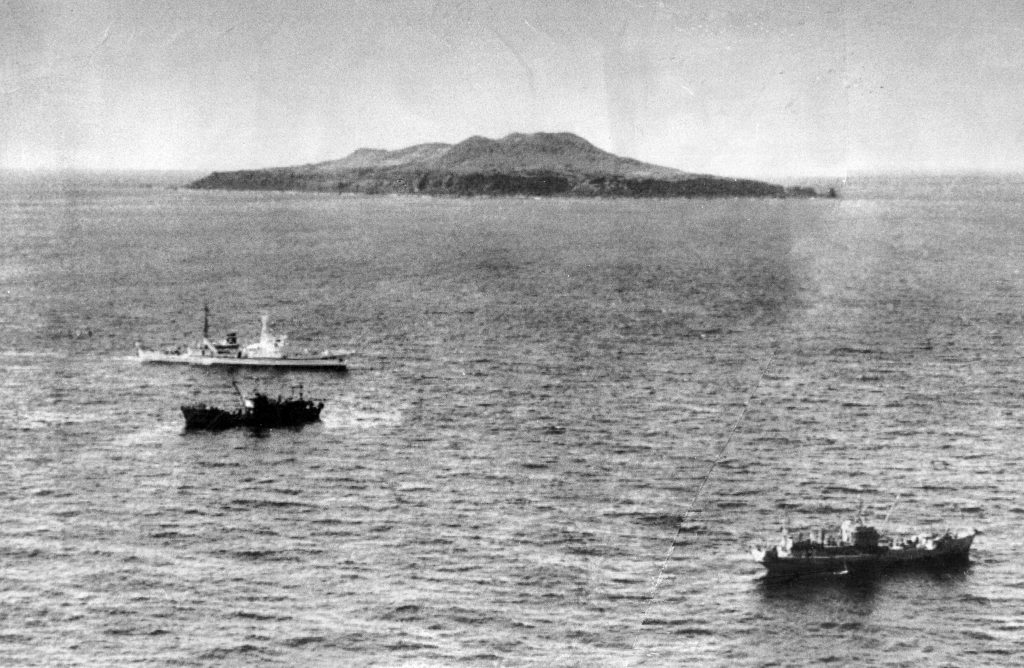 Japan and the United States sign the Guidelines for Japan-U.S. Defense Cooperation, a framework outlining the roles of each country’s military for Japan’s defense (Japan maintains self-defense forces, refraining from military engagement abroad except for U.N. peacekeeping operations). Washington and Tokyo launch joint training and exercises.

Japan also accepts greater responsibility for the defense of seas around its shores, pledges greater support for U.S. forces in Japan, and boosts its self-defense capability. 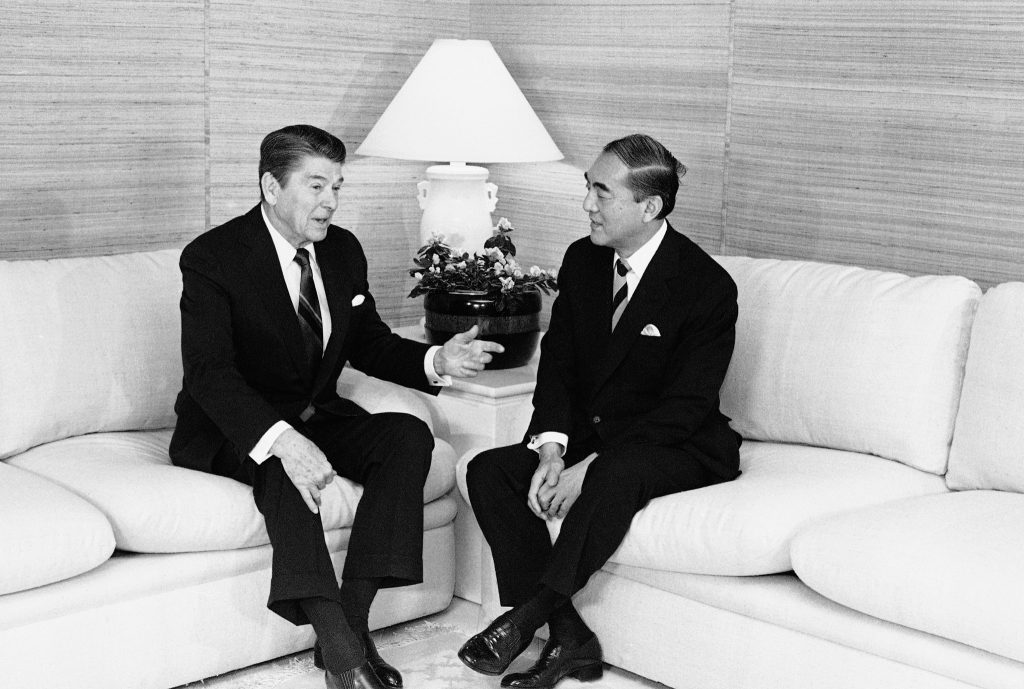 President Ronald Reagan chats with Japanese Prime Minister Yasuhiro Nakasone before the official start of their meeting in 1985. The two leaders met often over a span of several years to discuss issues such as nuclear energy and trade. (© Ira Schwartz/AP Images)

A U.S.-Japan working group produces the Reagan-Nakasone Joint Statement on Japan-United States Energy Cooperation in 1983. Bilateral energy relations are advanced further in 1987 by an agreement for cooperation concerning peaceful uses of nuclear energy. 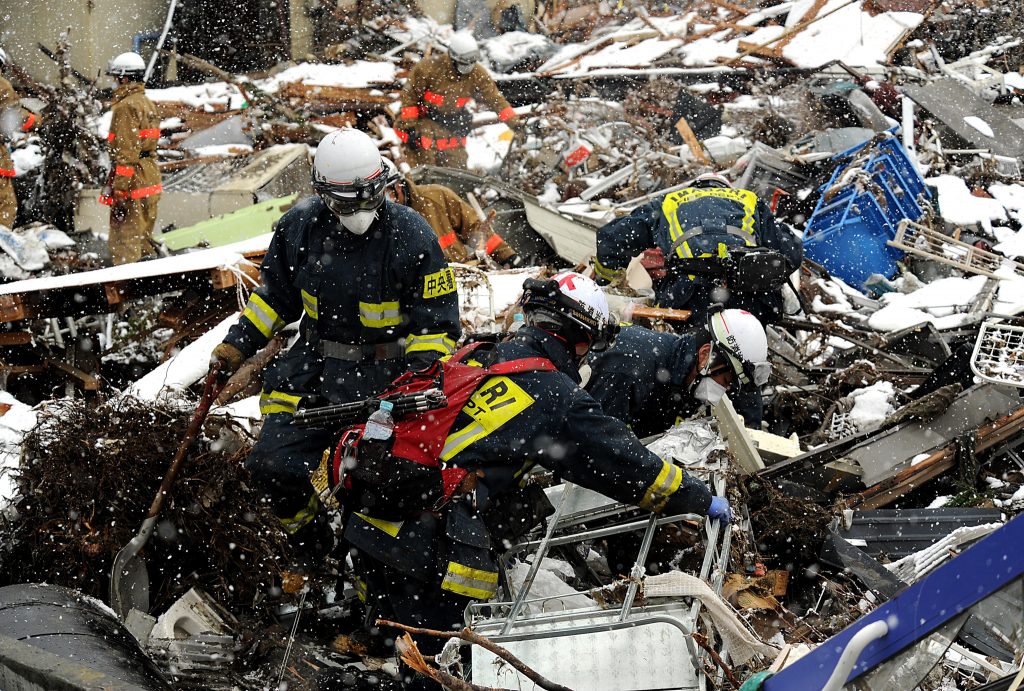 In March 2011, northeastern Japan is devastated by a magnitude 9 earthquake and subsequent tsunami. In response, U.S. and Japanese military forces launch the largest bilateral mission in the history of the alliance, coordinating rescue operations and delivering essential supplies.