At 2:45 p.m. on Friday, March 11, 2011, I was in my office at the U.S. Embassy in Tokyo. My colleagues and I had spent much of the day preparing for an event that was scheduled to take place that evening in the historic Great Room at the U.S. Ambassador’s Residence. Featuring speeches from a star-studded lineup of attendees from the military and diplomatic ranks of our two countries, including then-Defense Minister Toshimi Kitazawa, the purpose of the event was to celebrate the U.S.-Japan Alliance, which to that point had lasted half a century. None of us could have foreseen that, only a minute later, an unfathomable tragedy would befall Japan.

The shaking seemed to never end. Inside the Embassy, ceiling panels fell down, shelves crashed over, and stunned staff members took shelter under desks. After the shaking finally stopped, we all evacuated and gathered in the front parking area. As we listened to then-Ambassador John Roos address the crowd with a bullhorn, the first aftershock hit, and I found myself in the surreal position of watching the ten-story Embassy building sway dangerously back and forth. 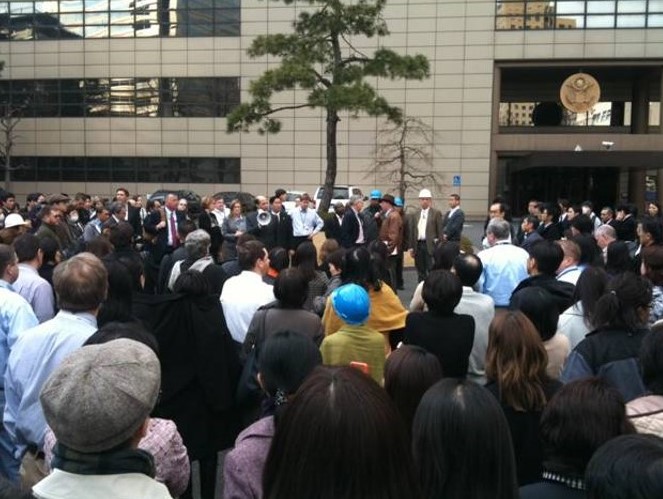 Members of the U.S. Embassy in Tokyo gather in front of the Embassy just after the earthquake struck on March 11, 2011.  Ambassador Roos can be seen near the center of the photo, holding a bullhorn. (Photo Credit: Lori Shoemaker, U.S. Embassy)

Shortly thereafter, as the first television images from Tohoku were broadcast, we realized the enormity of the “triple disaster.” Japan suffered a 9.0 magnitude earthquake, the largest ever recorded in the country; a devastating tsunami took the lives of nearly 20,000 people and destroyed hundreds of thousands of buildings; and a nightmarish nuclear crisis arose from the crippling of the Fukushima Daiichi Nuclear Power Plant. Little wonder that then-Prime Minister Naoto Kan called it Japan’s most serious calamity since the end of World War II. 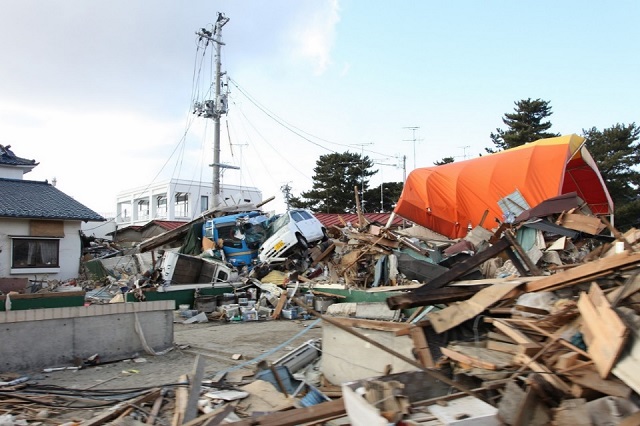 The Great East Japan Earthquake will certainly never be forgotten by those who lived through it.  But along with the dark memories of the damage and the debris, of the shock and loss, there are also memories of friendship and support.

For example, as early as March 12, teams of search-and-rescue experts from Los Angeles County and Fairfax County, Virginia, began arriving in Japan to assist the heroic local authorities in their efforts to find thousands of missing persons swept away by the waves. This initial assistance was soon bolstered by the U.S. military working hand-in-hand with the Japanese Self-Defense Forces in Operation Tomodachi, to this day the single largest operation between the armed forces of the two countries. More than 24,000 American soldiers, sailors, airmen, and Marines helped deliver food, water, and other essential supplies to areas of Tohoku that couldn’t easily be reached by other first responders. Admiral Robert Willard, the top U.S. military commander in the Pacific, traveled to Japan a little over a week after the disaster to help oversee the relief operations, highlighting the extraordinary personal interest that U.S. military officials took in providing aid to their ally in need. 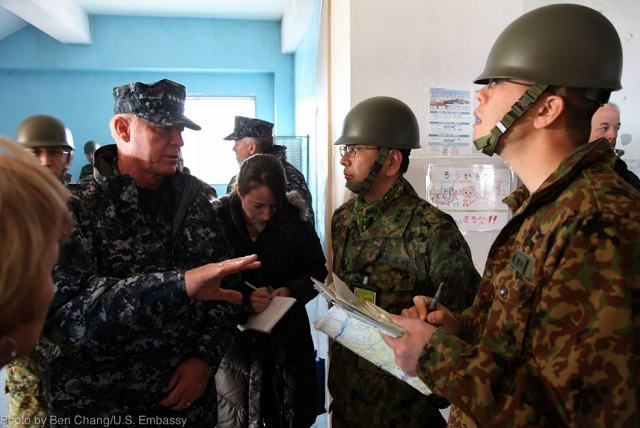 Many other examples illustrated the deep bonds of friendship between our two countries.  Ambassador Roos made repeated visits to the stricken towns of northeastern Japan to offer comfort and assistance to the grieving citizens. It was these interactions, particularly with Mayor Futoshi Toba of Rikuzentakata, which spurred the Ambassador to create what became known as the TOMODACHI Initiative. TOMODACHI was designed to help foster ties between future generations of Japanese and Americans through cultural, educational, and leadership exchanges, and over the ensuing decade, more than 9,000 young people from both sides of the Pacific Ocean have participated in over 320 TOMODACHI programs.

And the impulse to help was not only governmental; private Americans reached out to Japan in any way they could.  For example, various Japan-America societies across the United States collected over $18 million in donations to send to Tohoku.

In one of the most moving experiences from that period, I witnessed U.S. baseball legend Cal Ripken, Jr. visit the town of Ofunato in November 2011 to provide a ray of hope to the citizens there. He joined young local players for a baseball game on a field that had been submerged by the tsunami only eight months earlier, and seeing the smiles on the faces of those kids whose lives had been turned upside-down was something very special.

So what lessons can be drawn from the ten years since the tragedy? For one thing, the world’s esteem for Japan’s famed perseverance – gaman in Japanese – reached new levels. For another, the U.S.-Japan Alliance proved to be stronger than ever. Even though we had to cancel that celebratory event planned for the evening of March 11, 2011, the Alliance continued to grow and evolve. Now, our two countries steadfastly work together on issues ranging from ensuring the freedom of navigation in Indo-Pacific waterways, to countering North Korea’s security threats, to expanding our bilateral cooperation in both cyberspace and outer space.

But for me, ten years after the disaster, the key lesson is that our Alliance is not simply a marriage of convenience. It is deeply rooted in our fundamental shared values and the mutual respect and affection between our peoples, which shone brightest in those dark times of March 2011. In the days, weeks, months, and years after the Great East Japan Earthquake, the collective work of many thousands of Japanese and American citizens illuminated the true strength of an alliance.

Christopher Quade began his current assignment as the Press Attaché at the U.S. Embassy in Tokyo in July 2020.  He previously served in Tokyo from 2010-2013.  His other overseas assignments in the Foreign Service include Afghanistan, Spain, Oman, and South Korea.