President Trump and first lady Melania Trump’s upcoming visit to Japan — which includes scheduled talks between the president and his Japanese counterpart, Prime Minister Shinzō Abe — highlights the strength of the U.S.-Japan alliance.

During the visit, from May 25 to May 28, the Trumps will be the first state guests to meet with Japan’s new emperor.

Japan and the U.S. also cooperate on humanitarian relief in the face of natural disasters.

The U.S. and Japan recently launched negotiations toward a deal that would reduce trade barriers and enhance market access for companies in both countries. Japan will host the G20 Osaka Summit in June, which Trump says he plans to attend. 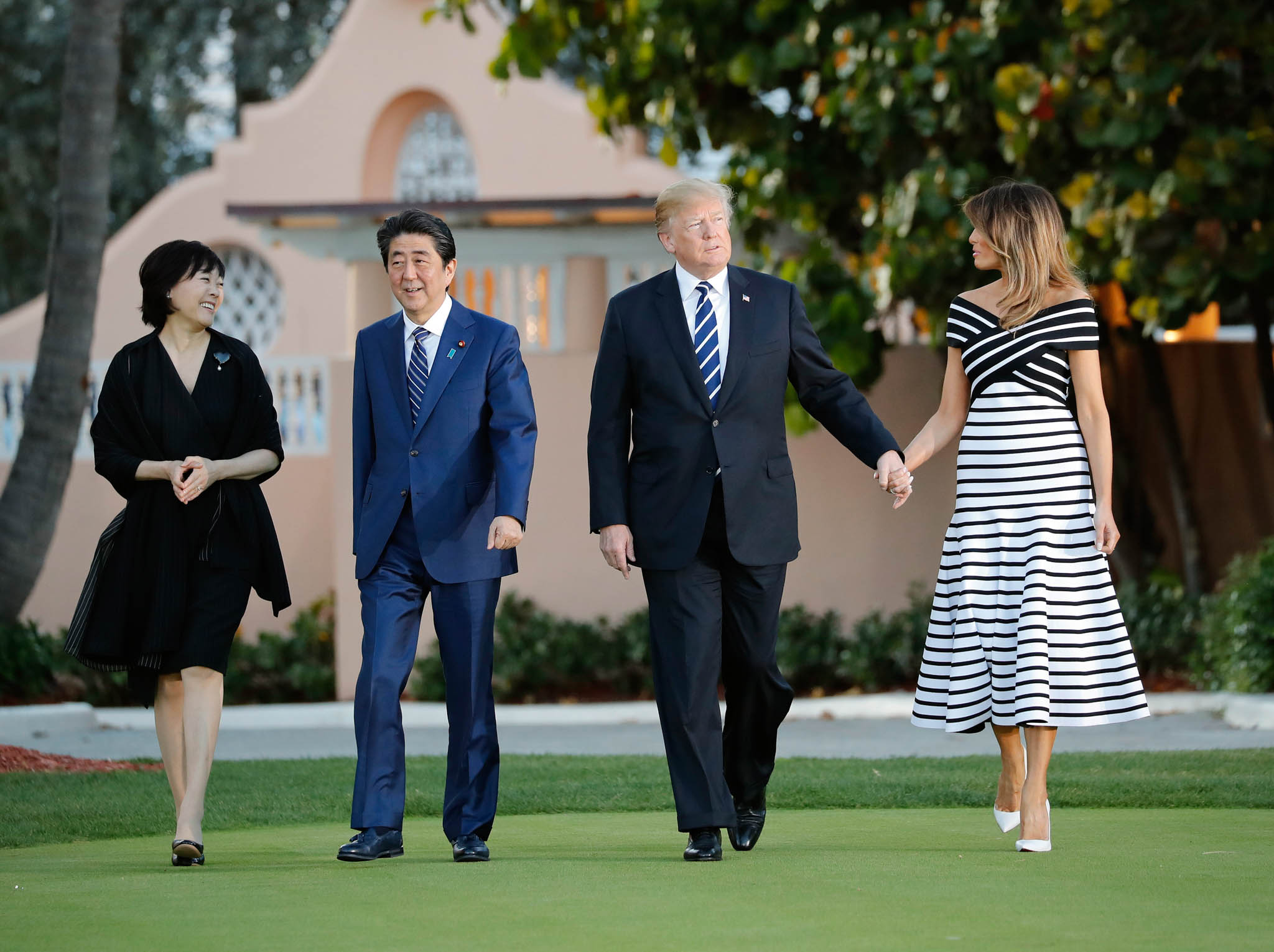 Japan’s prime minister and his wife, Akie Abe, with the U.S. president and his wife, Melania, at Trump’s private club in Florida. (© Pablo Martinez Monsivais/AP Images)

The U.S. president and the Japanese prime minister have met several times and consult frequently by telephone.

Among their common goals is to achieve a denuclearized North Korea, a topic likely to be raised during their private talks.

While in Japan, the Trumps will be honored with a state banquet at the Imperial Palace. The president may also attend a sumo wrestling match and inspect the Kaga, an Izumo-class helicopter carrier.

“We cherish the friendship between the United States and Japan,” said Trump. “And I cherish my friendship with Prime Minister Abe.”