U.S. Names Special Coordinator to Stand Up for Tibetans

The United States has appointed a senior official to advance meaningful autonomy, human rights and religious freedom in Tibet, as the People’s Republic of China increases its repressive measures in Tibetan areas.

Secretary of State Michael R. Pompeo on October 14 announced the appointment of Robert A. Destro, the State Department’s assistant secretary for democracy, human rights and labor, to also serve as special coordinator for Tibetan issues. Destro will promote dialogue between the Dalai Lama and the PRC, and advance respect for unalienable rights in Tibet. 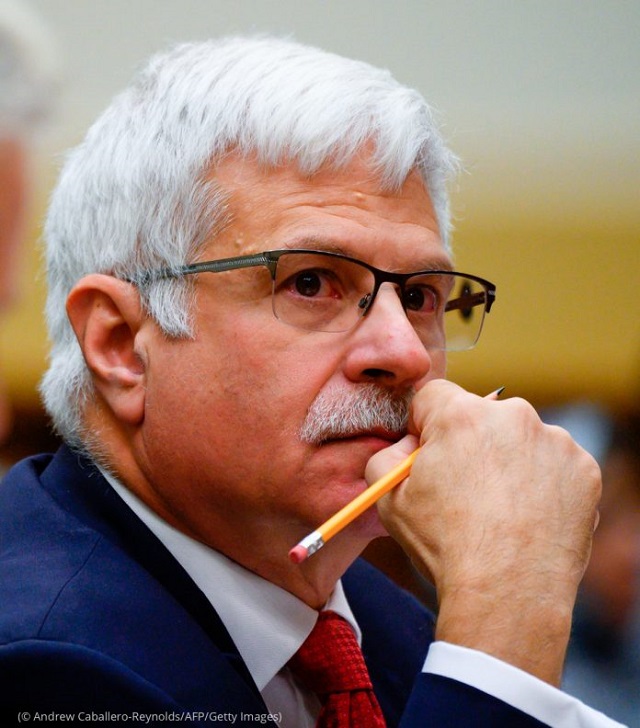 “The United States remains concerned with the PRC’s repression of the Tibetan community, including the lack of meaningful autonomy, the deteriorating human rights situation in Tibetan areas, and severe restrictions on Tibetans’ religious freedom and cultural traditions within China,” Pompeo said October 14.

The PRC is putting rural Tibetans into military-style training facilities, where they face political indoctrination, as part of a program to provide factory workers for PRC industries, Reuters reports. More than 500,000 have been trained in the program this year, including several thousand transferred far from their nomadic lifestyle.

As special coordinator, Destro will:

The training program reported in Tibet is the latest in what the State Department has called the Chinese Communist Party’s broader “campaign to eliminate the ethnic, religious, linguistic, and cultural identities of minority groups in China.”

The PRC continues to impose forced labor practices in Xinjiang, where authorities have detained more than 1 million Uyghur and other minorities in internment camps. Recent reports also provide evidence that the PRC forces Uyghurs, Tibetans and other minorities to work in factories throughout China. 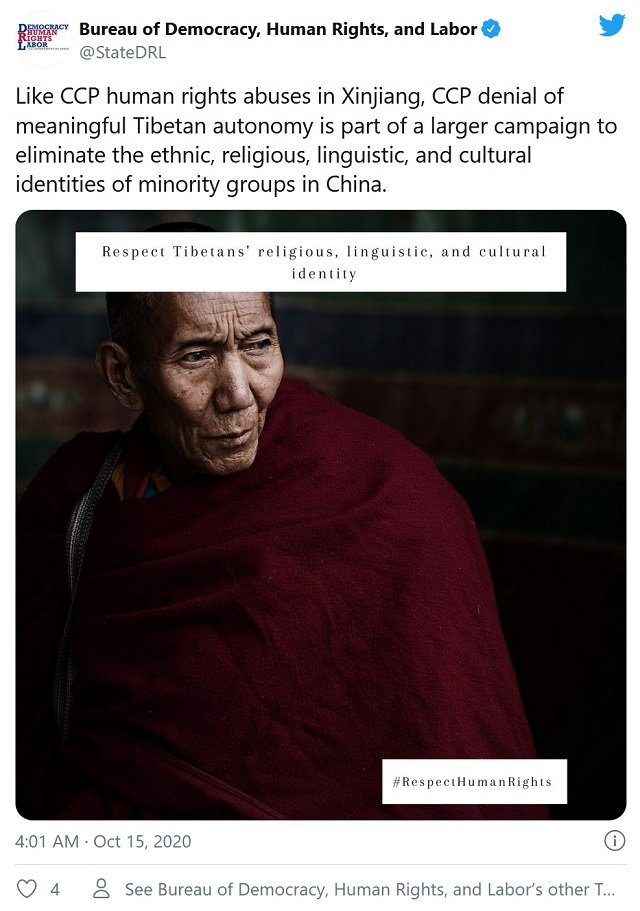 “The deteriorating human rights situation and lack of religious freedom in Tibetan areas demand our attention,” Destro said in a tweet October 14. “The U.S. will continue to seek dialogue between the PRC and Dalai Lama, protecting Tibetans’ unique culture, and promoting sustainable development in Tibetan communities.”