They come home from school with papers to grade, like teachers everywhere.

But for Jill Biden (President Biden’s wife), home is the White House, and for Douglas Emhoff (Vice President Kamala Harris’ husband), it is the vice president’s residence at the Naval Observatory.

The commitment of the first lady and second gentleman reflects the importance Americans attach to educating future generations.

Biden has been a community college teacher for decades and continues to teach while serving as first lady. She also worked throughout her husband’s vice presidency under President Barack Obama.

In an interview with People Magazine in 2016, then-first lady Michelle Obama remarked about seeing Biden work as they flew around the country representing the White House. “Jill is always grading papers … she’s so diligent.”

Biden, who has a doctorate in education, has been a teacher since 1976. “Teaching isn’t just what I do, it’s who I am,” she said, according to her White House biography.

By teaching three English courses this semester at Northern Virginia Community College, she is the first first lady to work full-time outside the White House.

According to CBS News, in an email to colleagues in January, Biden said, “I am trying to keep my roles separate as I did as Second Lady. …  I want students to see me as their English teacher. I am not mentioning [being first lady] in my classes AT ALL. Thanks for honoring my teacher identity.”

She’s not the first White House spouse with educator credentials. 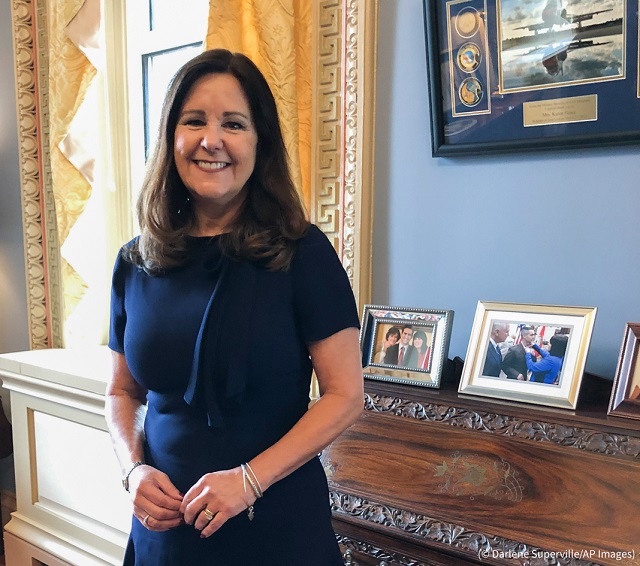 Michele Obama was an associate dean of student services at the University of Chicago before becoming first lady.

Laura Bush, wife of President George W. Bush, started her career as an elementary school teacher and then became a librarian and fierce advocate for reading. “I know how rewarding and how challenging teaching can be and what a remarkable difference a teacher can make in the life of a child,” she said at a ceremony honoring teachers. Bush, who knew she wanted to be a teacher at 8 years old, could still spellbind a group of children as she read to them as first lady. 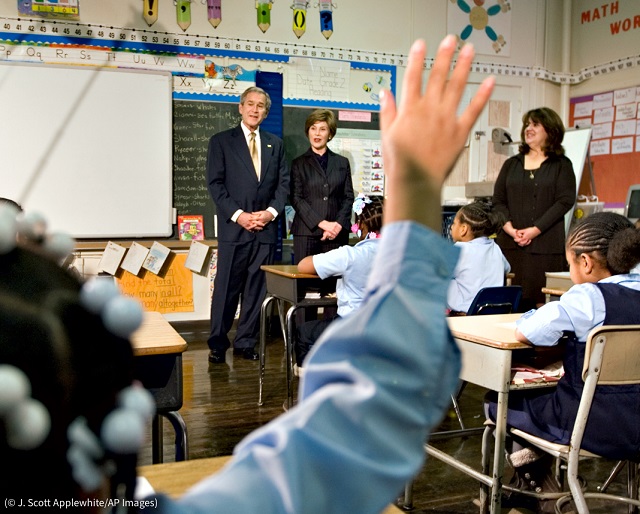 Emhoff, the nation’s first “second gentleman,” took up teaching to stay connected to his career while also serving in his ceremonial role. He was an entertainment lawyer in California before taking a leave of absence during his wife’s political campaigns and then leaving the position after she was inaugurated.

“Look, it’s odd the second gentleman is their teacher,” he said of his students. “But we kind of dispensed with that. It was maybe five minutes in the first class. Now, it’s just they want to learn, they want to be great lawyers, and I’m trying to impart to them experiences as a lawyer.” (Emhoff made the comments to reporters after an event promoting the White House’s COVID-19 economic relief plan, according to People Magazine.) 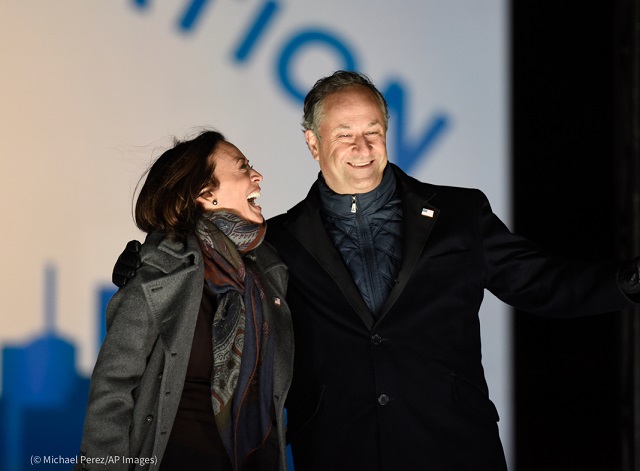 Teaching is part of the Harris-Emhoff family conversation. “We [ask each other] at dinner, ‘How was your day?'” Emhoff said. “I talk about how it’s going, how I’m trying to reach the students and how they’re responding to me.”