Women Are a Crucial Part of the U.S. Military

Women play increasingly important roles in all branches of the U.S. military, with another milestone in 2020.

In July, a National Guard soldier became the first woman to complete a Special Operations training course and join an operational team since that became possible with the 2015 lifting of the combat ban. She is also the first female graduate of the modern Special Forces Qualification Course. She will join the Green Berets, an elite Army unit with specialized training responsible for sensitive overseas missions.

“The military is a true meritocracy,” wrote Lori Robinson, a retired Air Force general, in a report for the Brookings Institution. “We all start out on the same playing field with the same oath.”

Robinson was the first woman to lead a combat command and the first female instructor at the U.S. Air Force Fighter Weapons School. She served as commander of U.S. Northern Command and North American Aerospace Defense Command during the North Korean crises of 2017.

“Today’s military is much more integrated along gender lines than at any time in the past,” she said. “Women are no longer excluded from any type of combat mission.”

Army General Ann Dunwoody became the first female four-star general in 2008. Five other women have since earned that rank. 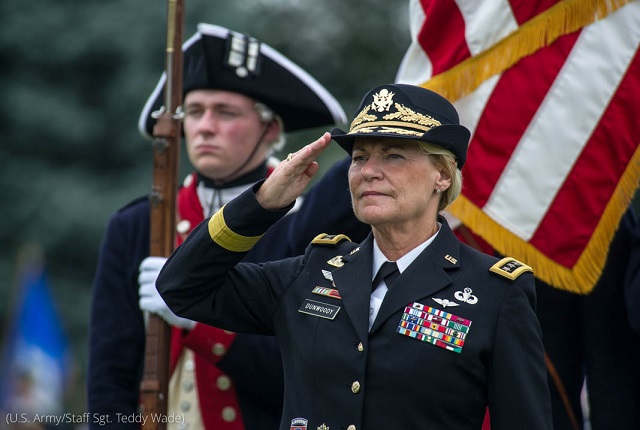 U.S. Army General Ann E. Dunwoody, former commander of the Army Materiel Command, was the first woman in the U.S. military to achieve the rank of four-star general. She retired after 38 years of service. (U.S. Army/Staff Sgt. Teddy Wade)

“Being able to see women graduate [from] Ranger school or to [graduate from] infantry basic and be successful is amazing, and I’m just in awe of what I watch women achieve today in the Army,” said U.S. Army Sergeant Major Tres Bien Adams, who most recently served as the senior enlisted leader for Dental Health Command Europe, for a story on Women’s Equality Day. 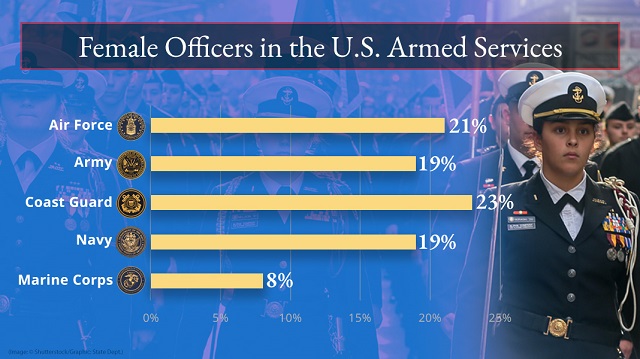 During World War I, about 22,000 women served in the Army and Navy nursing services as nurses and support staff, with another 11,000 women enlisting in the Navy as stenographers, clerks, radio operators, messengers, truck drivers, ordnance workers, mechanics and cryptographers.

During World War II, 350,000 women served in the Women’s Army Corps and the Navy’s Women Accepted for Volunteer Emergency Service (WAVES). The number of women in the Air Force and the Navy is nearly five times greater today than it was in the 1970s, while female Army recruits have tripled during the same period.

“The military absolutely embodies the equal-pay-for-equal-work principle,” wrote Marine Corps Colonel Amy Ebitz in an essay for the Brookings Institution. “Regardless of your gender, your pay will be equal to others with the same time in service and qualifications.” 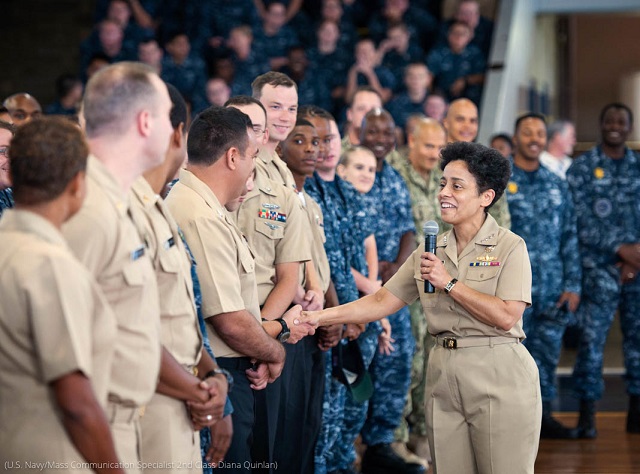 President Harry Truman signed the Women’s Armed Services Integration Act on June 12, 1948. The law enabled women to become full members of the armed services, not just in times of war. However, Section 502 of the act limited their service by excluding them from aircraft and vessels of the Navy that might engage in combat. It wasn’t until 2015 that women were able to serve in all aspects, including combat roles.

“If you can dream it, if you want to do it, go after it,” Adams said. “You would be amazed at what you can achieve and accomplish.”