The Blue Angels fly upwards of 1,126 kilometers per hour, sometimes a mere 46 centimeters apart, and even upside down. These aerial acrobatics make the U.S. Navy’s special flight exhibition team a spectacular sight.

The team, named after a famed 1940s New York City nightclub, is celebrating its 75th anniversary in 2021 with performances in the United States and Canada.

Formed after World War II to increase interest in aviation, the Blue Angels flew an inaugural performance on June 15, 1946, in Jacksonville, Florida. Since then, the team has entertained more than 450 million people worldwide, becoming a hallmark of teamwork and excellence.

Blue Angel pilots must have at least 1,250 flight hours. Some train at the Navy Fighter Weapons School, known as TOPGUN, the setting for the 1986 movie Top Gun, starring Tom Cruise. 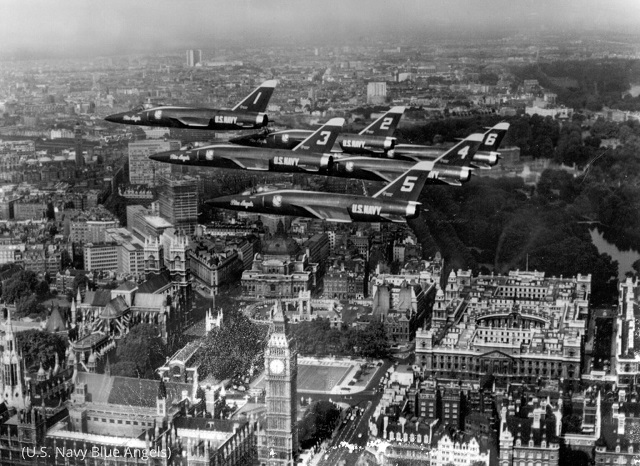