It is hard for me to separate my discovery of the beauty and depth of Japanese literature and culture from the works of Columbia University Professor Emeritus Donald Keene. When I returned to Tokyo three years ago, I was pleasantly surprised to find that he still is very active here and making contributions to global appreciation of the Japanese word. My worn-out copy of Professor Keene’s “Anthology of Japanese Literature,” which I bought when I first began studying Japanese at the University of California Berkeley, still sits in a place of honor on my bookshelf. As I open these pages today, I can only guess what moved me back then to highlight a few select poems among so many. 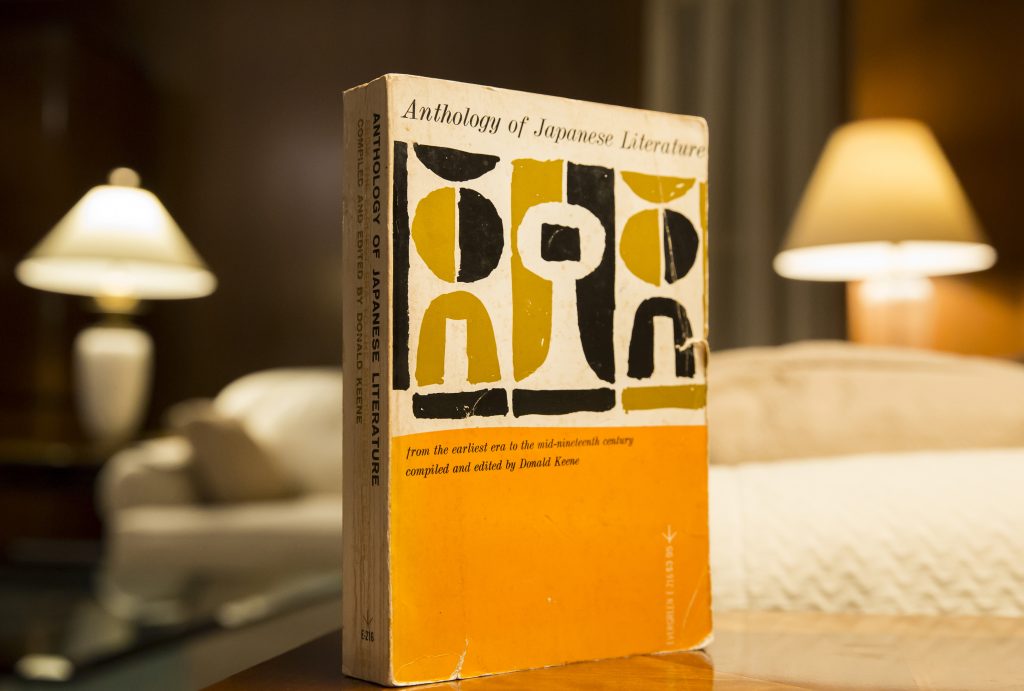 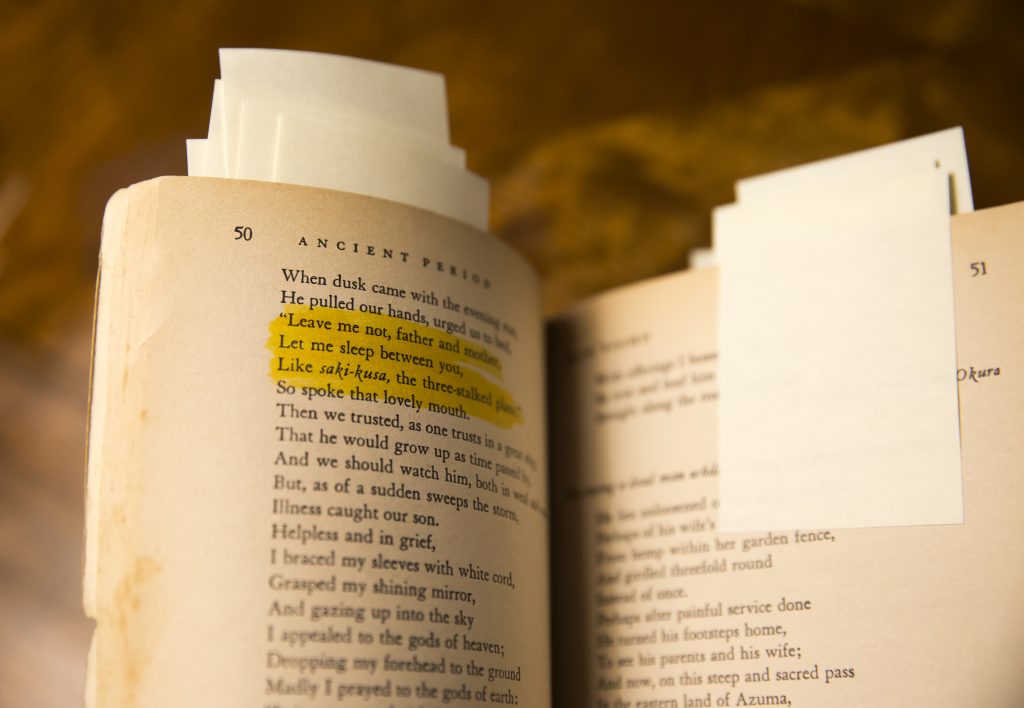 For me, Professor Keene is the quintessential student of Japanese, or any foreign language for that matter. He has fully immersed himself in the language, history, and culture of Japan, both traditional and popular. He inspired me to believe that, if he or she worked hard enough, a non-Japanese could not only understand Japan’s literature in its original form, but also be part of the literary debate itself. I still dream of someday taking a year or two off to read deeply into modern Japanese literature.

I highly recommend Professor Keene’s beautiful memoir, “Chronicles of My Life: An American in the Heart of Japan.” His description of how his chance encounter with a translation of “The Tale of Genji” changed the course of his life is something with which I can identify. “At that time there was a bookshop in Times Square that specialized in remainders, and I would look every time I was in the area,” he writes. “One day I saw a stack of books called ‘The Tale of Genji.’ I had never heard of this work before, but I examined a volume out of curiosity. I could tell from the illustrations that the book must be about Japan. The book, in two volumes, was priced at forty-nine cents. This seemed a bargain, and I bought it.” Professor Keene has been a devoted teacher, not only to his students at Columbia University where he taught for decades, but also to anyone who has read one of his translations, essays, or books. He continues to share his knowledge of Japan through the Donald Keene Center of Japanese Culture at Columbia University, the Donald Keene Center Kashiwazaki established by the Bourbon Corporation, and of course his incredible scholarship. As soon as I started my Japan studies, Professor Keene became one of my teachers, even though I never had a class with him. I recently hosted a dinner to celebrate Professor Keene with other admirers of his work. The event finally gave me the opportunity to thank my teacher.

Professor Keene’s work is also a chronicle of how far we have come as nations. As I reflect on the amazing bond between Americans and Japanese, I give very high value to scholars like Professor Keene, who have contributed to reconciliation by giving the American public access to Japanese culture and history they had never had before. It is said that to be understood, one must first seek to understand. The lifelong dedication of Professor Keene has helped many Americans and other people around the world better understand Japan.

In “Chronicles of My Life” Professor Keene writes that he was “fantastically lucky” that the happenstances of life brought him to his personal discovery of Japanese language and literature. I, along with many people in the United States, Japan, and around the world, also feel lucky that he found that path.