How to Protect Your Smartphone from Cyberattacks

Protecting your mobile device from cyber criminals has never been more important.

With more than 2 billion people worldwide accessing the internet through smartphones, hackers and internet thieves have never had greater incentive to devise new scams.

Many of those scams are exploiting people’s fears of the COVID-19 pandemic.

“Scammers are leveraging the COVID-19 pandemic to steal your money, your personal information, or both,” the U.S. Federal Bureau of Investigation said in March. “Don’t let them.”

As a global leader in cybersecurity, the United States partners with other countries and the private sector to protect the mobile networks we all use. But smartphone users should also take steps to protect themselves. 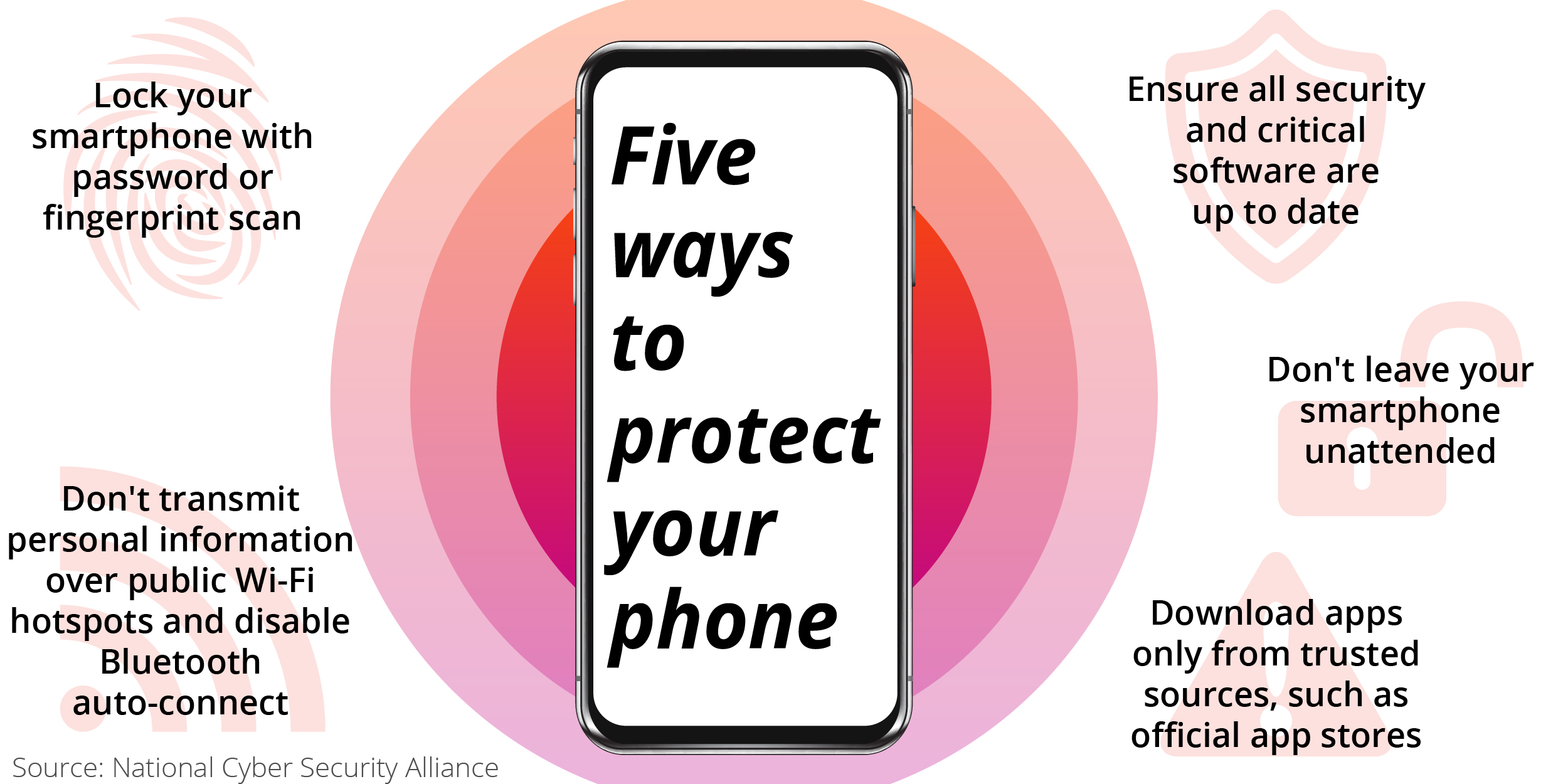 “We must all work together to create a safer, more secure, and more resilient cyber world,” President Trump said October 1, at the beginning of National Cybersecurity Awareness Month, which has focused attention on online security each October since 2004.

The National Cyber Security Alliance, a nonprofit group based in Washington, recommends that smartphone users follow these steps to protect themselves from cybercrime:

Meanwhile, the U.S. government continues to fight cybercrime and state-sponsored malicious cyberactivity. As the U.S. National Cyber Strategy outlines, ”Russia, China, Iran, and North Korea all use cyberspace as a means to challenge the United States, its allies, and partners, often with a recklessness they would never consider in other domains.”

In September, the United States disrupted an Iranian state-linked hacking campaign that targeted hundreds of people and entities in more than 30 countries. To prevent future attacks, the FBI released detailed instructions for detecting the malware used in the hacks.

U.S. prosecutors charged two hackers working for the Chinese Ministry of State Security with targeting high-tech industries in 11 countries, including Australia, Belgium and Japan. The attack lasted more than a decade and targeted multiple industry sectors, including companies developing vaccines and treatments for COVID-19.

The United States stands ready to partner with other countries to secure cyberspace globally, including by sharing ways to detect and remove malware, enhancing cyber incident response and policymaking capacity, and building international consensus around a framework of responsible state behavior.

Check Out These Experiments on the International Space Station

Safety is Top of Mind as U.S. Develops Coronavirus Vaccine