Her Improbable Dream Led to NASA

Sandra Cauffman decided when she was 7 that she wanted to go to the moon after she saw the historic Apollo 11 lunar landing in 1969.

While she hasn’t made it to the moon, Cauffman has spent nearly three decades at NASA, working on the Hubble Space Telescope and helping design missions to outer space, including Mars.

“You never know what life could bring,” she said, quoting advice she took from her mother when she was growing up in Costa Rica.

Cauffman, currently acting director of NASA’s Earth Science Division, conquered obstacles along the way. At times, money was so scarce that the family battled homelessness. She worked a part-time job starting at the age of 13. “I wasn’t supposed to be here,” Cauffman said of her career with the U.S. space agency. 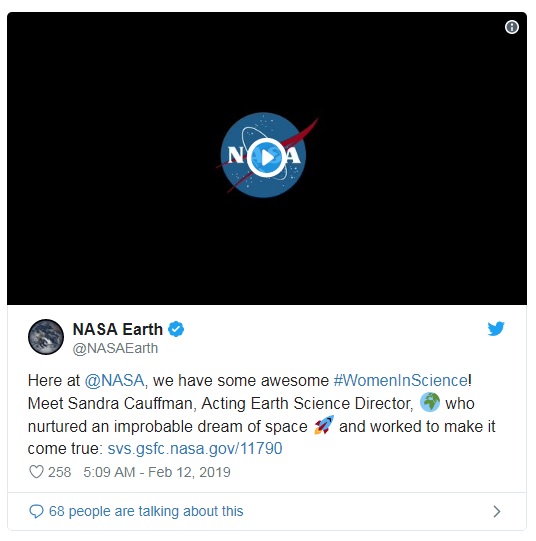 Thanks to her mother’s encouragement, Cauffman graduated second in her high school class, with dreams of studying electrical engineering at the University of Costa Rica.

She spent 3 1/2 years in industrial engineering, but knew “it was not the thing for me.” She was able to secure a visa to study in the U.S. and earned both an undergraduate and a master’s degree in electrical engineering from George Mason University in Virginia.

She landed a full-time job at NASA in 1991, two years after she received her U.S. citizenship.

Since then, Cauffman has been focused on another mission — encouraging young people, especially women, to pursue careers in science, technology, mathematics and engineering. She’s talked to students of all grade levels in the U.S. and Latin America and is especially passionate about inspiring girls in elementary school.

“Planting those seeds in girls when they’re young is the key,” Cauffman said to fellow panelists at a recent discussion on women in STEM, held at the United States Diplomacy Center. “Those girls need to see that they can become you or somebody like you.”

This article was written by freelance writer Lenore T. Adkins.