In Pictures: America’s Love Affair with the World’s Fair

For years, crowds have flocked to world’s fairs, also called world expos, to see the latest inventions and have a good time.

That tradition continues. Minnesota is bidding for the 2023 Specialized Expo, with the theme “Healthy People, Healthy Planet: Wellness and Well Being for All.” The state is competing with Lodz, Poland, and Buenos Aires, Argentina.

“Fairs are an economic calculation in terms far broader than gate receipts,” said Robert Rydell, a scholar of world’s fairs and a history professor at Montana State University. They can generate jobs and tourism revenues that extend decades into the future.

Cities have used world expositions as an opportunity to upgrade or build infrastructure. “Early fairs were quite extraordinary because of what they did with public works, by which I mean sewer systems, water systems, electrical systems,” Rydell said.

An expo also can brand a lesser-known city, whose name and charms get noticed internationally. Here are a few notable world expositions held in the United States: 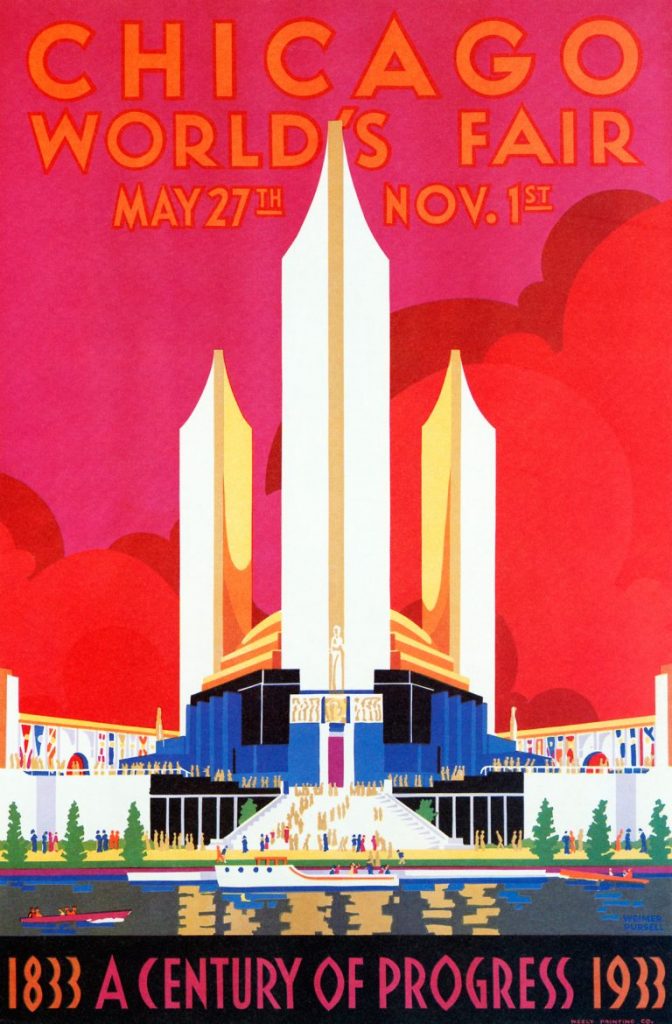 Chicago built new sewer, water and electrical systems for the Columbian Exposition of 1893. The Ferris Wheel, introduced there, concession stands and other attractions drew large crowds. The hamburger is said to have been popularized at the 1893 Chicago expo. The city’s 1933–34 World’s Fair came at the height of the Great Depression with the heartening theme “A Century of Progress.” It showcased modern forms of transportation — trains and automobiles — and “Homes of Tomorrow.” 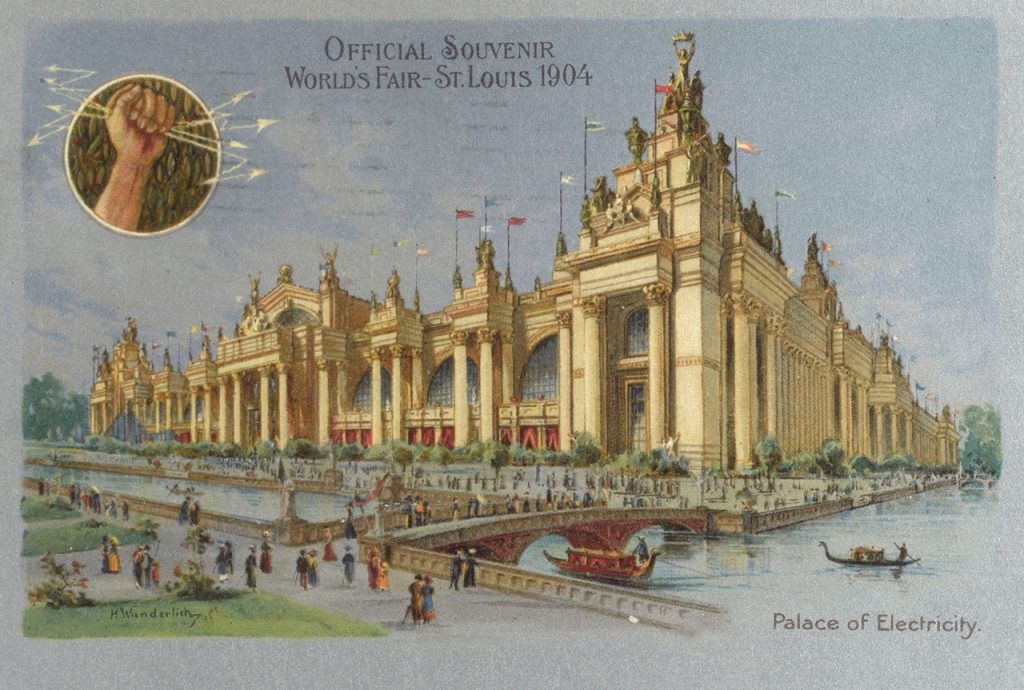 Electricity was a new phenomenon in 1904, so St. Louis featured a brilliantly illuminated Palace of Electricity at its World’s Fair. The wireless telephone, or “radiophone,” invented by Alexander Graham Bell made its public debut at the St. Louis fair. So did an X-ray machine developed by Thomas Edison. The event also commemorated the centennial of the Louisiana Purchase, a deal between the U.S. and France in 1803 in which the U.S. bought approximately 2.1 million square kilometers of land west of the Mississippi River. Sporting events for the 1904 Summer Olympics, the first held in the United States, were held at the fair. 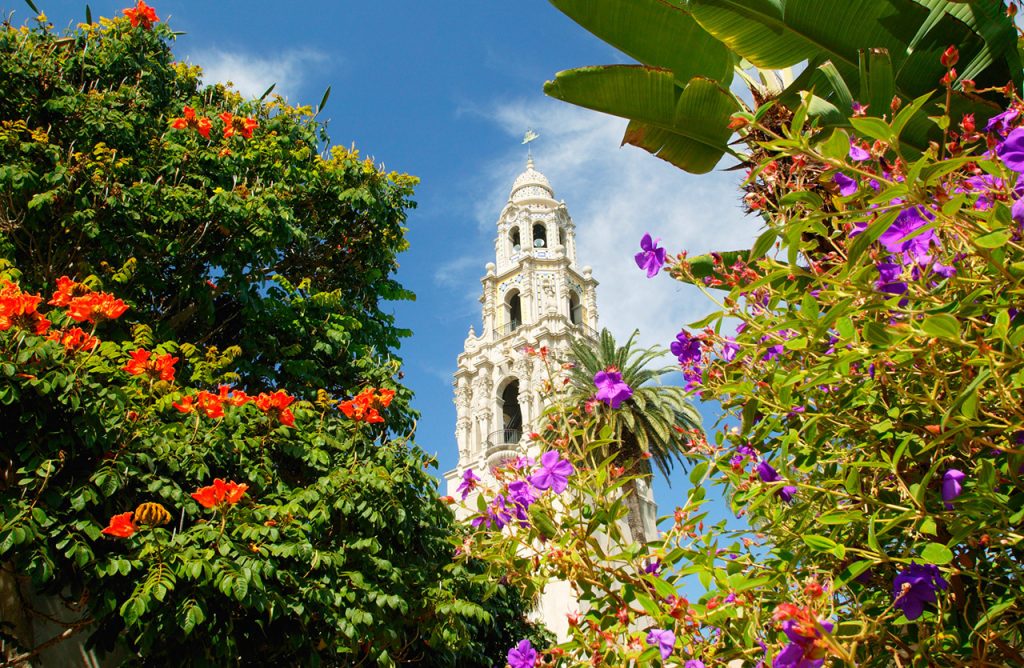 Most buildings at world’s fairs were made of temporary materials and razed after the fairs ended. Not so in San Diego. The Spanish Renaissance–style complex built for the 1915 Panama-California Exposition was preserved and restored. Today its buildings still serve as museums and exhibition halls in Balboa Park. The world-famous San Diego Zoo, established during the fair, remains a popular attraction there. 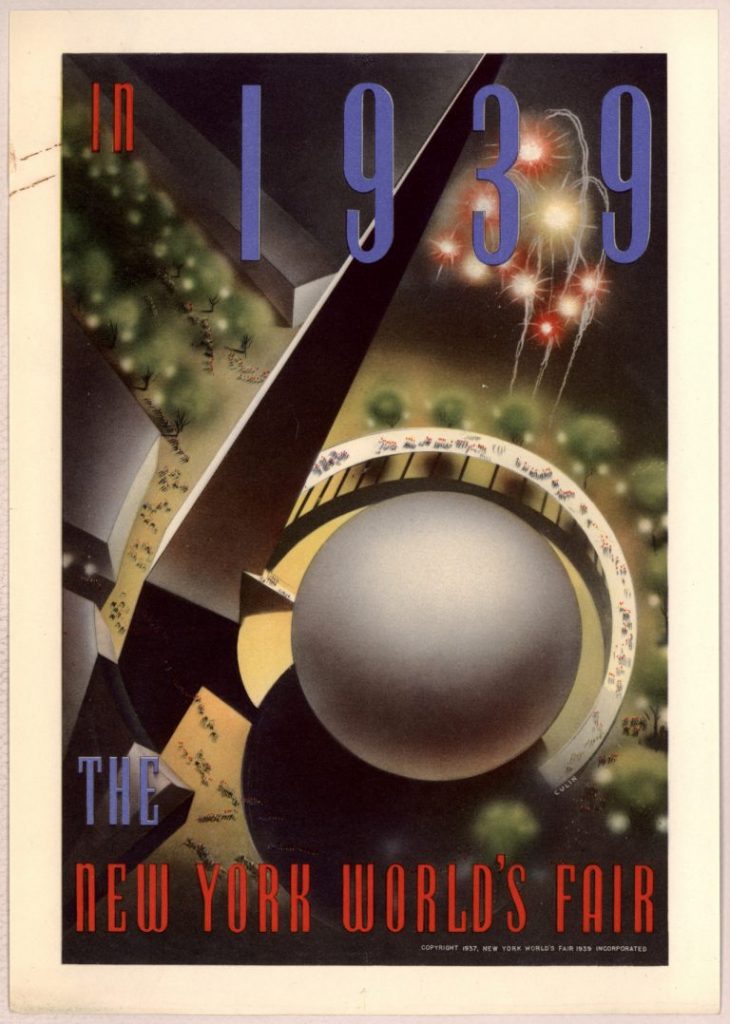 Coming near the end of the Great Depression and the beginning of World War II, the 1939 New York World’s Fair gave people a glimpse of “The World of Tomorrow” with a futuristic venue dominated by the Trylon and the Perisphere, large modernistic structures built for the fair (and depicted in the fair’s official poster, above). The Bronx-Whitestone Bridge and a new subway line were built for better access to the fair. After it closed, the 40 million tons of steel from signature monuments went to the war effort. The park remained, and it served as the venue for the 1964 New York World’s Fair. The enormous steel sculpture called the Unisphere built for that later fair still stands. It symbolizes “Man’s achievements on a shrinking globe in an expanding universe,” a theme for 1964’s fair. 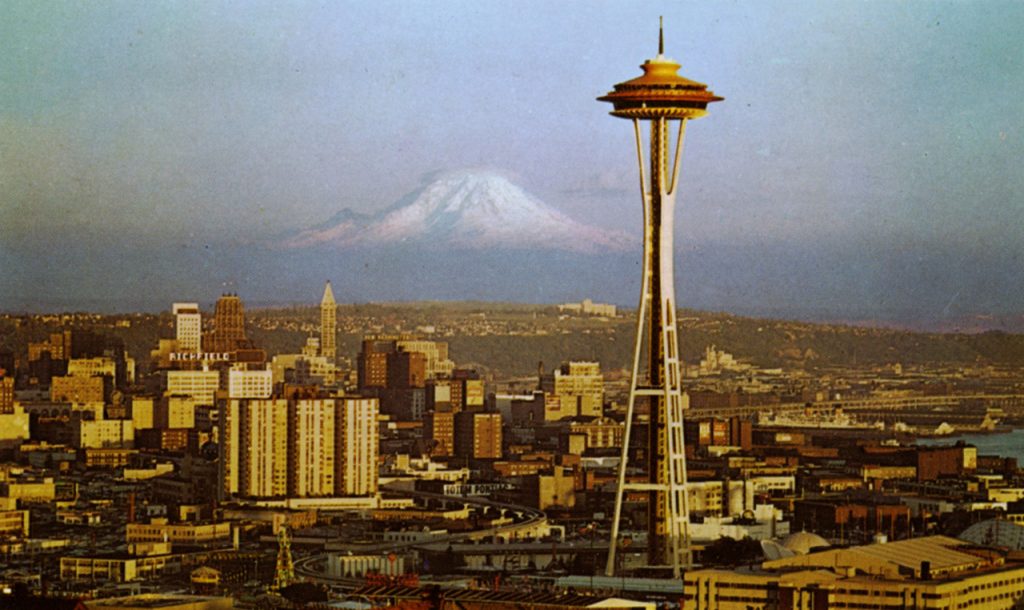 The “Century 21” exposition in Seattle, held during tense Cold War years, was an opportunity for the United States to showcase its scientific advances. The NASA-themed United States Science Exhibit did just that, featuring space-age cities and industries. At the foot of the iconic Space Needle, above, the building now houses the Pacific Science Center, a museum devoted to science and technology. 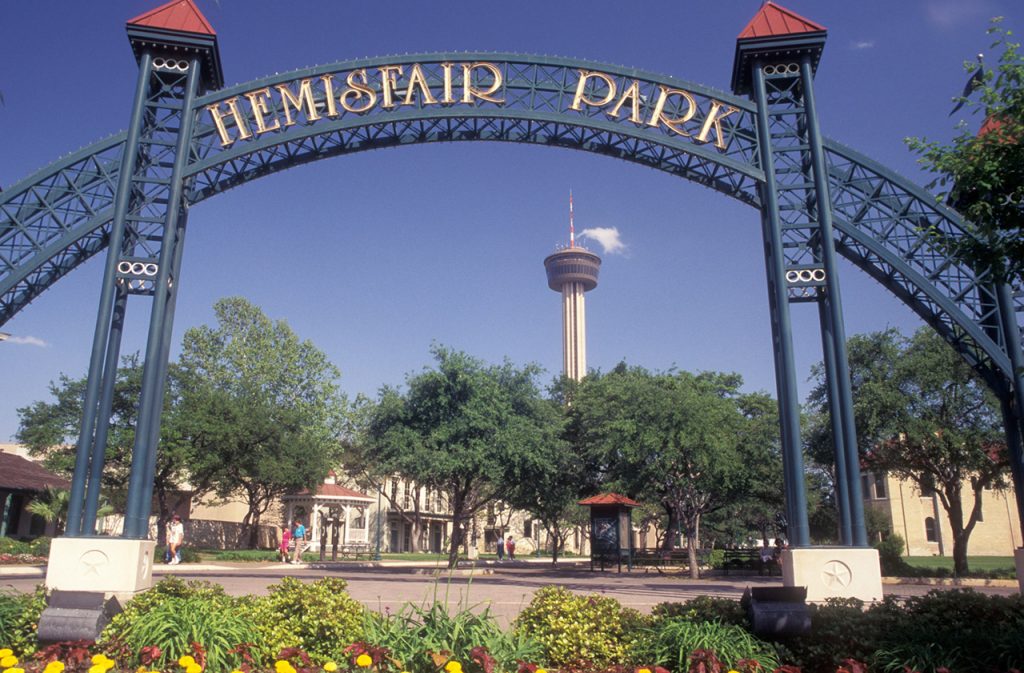 Marking the city’s 250th year, the San Antonio World’s Fair — the “HemisFair” — focused on the “Confluence of Civilizations in the Americas.” The Tower of the Americas, which still stands as an observation tower, was surrounded by pavilions of more than 30 countries. These included a five-country Central American pavilion and an Organization of American States pavilion that represented 11 additional Latin American countries. The venue is now a park, and surviving fair buildings house university and cultural centers.