Dr. Shinya Yamanaka, the director and a professor of Kyoto University’s Center for iPS Cell Research and Application (CiRA), won the Nobel Prize in Physiology or Medicine in 2012 for his research on induced pluripotent stem cells (iPS cells). He is making great strides in the development of clinical applications for iPS cells, which are created from body cells and can become any cell type in the body, to be used in regenerative medicine and drug development. Dr. Yamanaka’s path to the Nobel Prize took him to the United States from 1993-1996, when he  was a postdoctoral fellow at the Gladstone Institutes, a biomedical research institution affiliated with the University of California, San Francisco. 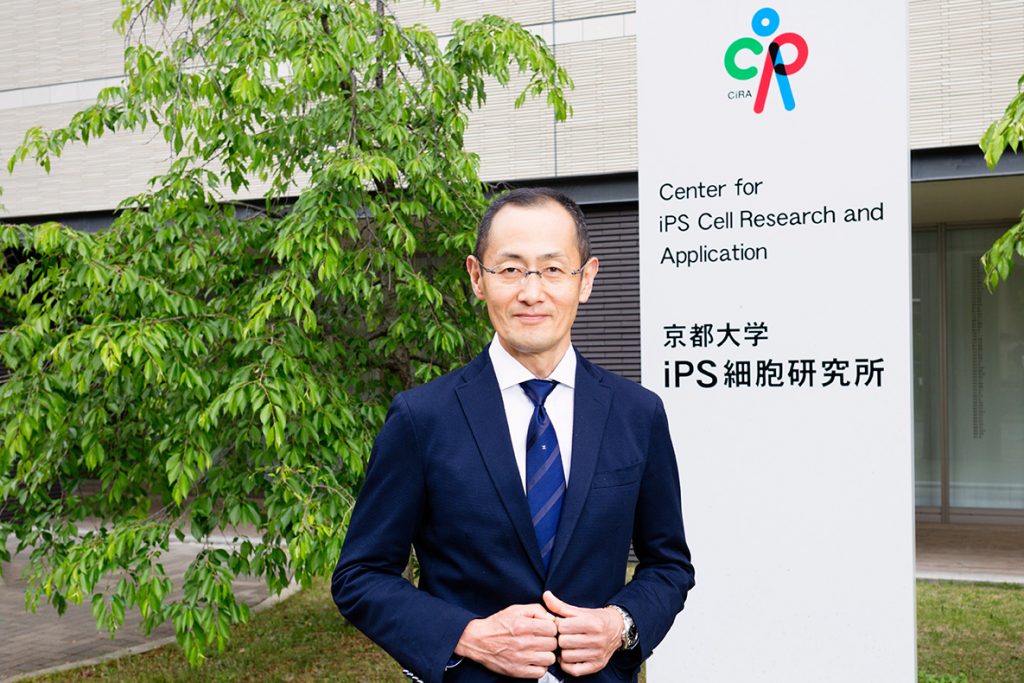 “In retrospect, the three years I spent studying in the United States were invaluable,” he said. “I want a lot of people to have the same experience.”

I was interested in interviewing Dr. Yamanaka because he helped influence my own decision to study abroad. While a physics student at a Japanese university, I became intrigued by the idea of studying in the United States, but I couldn’t speak English very well and I was afraid I might not be able to keep up with the advanced coursework. But then I read a book written by Dr. Yamanaka in which he described a class he had taken in the United States where the students gave presentations and critiqued each other’s work. That got me interested in taking different types of classes that aren’t available in Japan, and I made up my mind to spend a year studying at the University of California, Davis as an undergraduate.

I know from experience that there isn’t much information available on international education for students in STEM (science, technology, engineering, and mathematics) fields, however, which makes it harder for them than for humanities students to study abroad. Students in STEM fields worry that they will be unable to do the same kind of research overseas as they can in Japan. They’re also apprehensive about their language skills and the differences in cultural and research environments. To help alleviate these concerns, I asked Dr. Yamanaka to answer some questions about the research he did while studying in the United States.

I began by asking Dr. Yamanaka about the challenges of doing research overseas and how he overcame them. He said he struggled the most when his experiments didn’t proceed as planned or expected. He also said he sometimes felt pressed for time when experiments that should have gone well in theory didn’t go very well in practice.

What helped Dr. Yamanaka in tense situations like these was the advice he received from fellow researchers based on their own experience. For me, too, being able to get feedback from colleagues with different backgrounds and research experience was one of the greatest benefits of studying in the United States.

Dr. Yamanaka said he took on three times as much research work as other researchers while he was in the United States, so I asked him how he managed to get all that work done.

He said that, having gone all the way to America for research, he was motivated to get achievements before returning to Japan. He wanted to conduct as many experiments as possible in order to increase his success rate based on probability theory. After going through a process of trial and error, he improved his efficiency by conducting multiple experiments simultaneously. 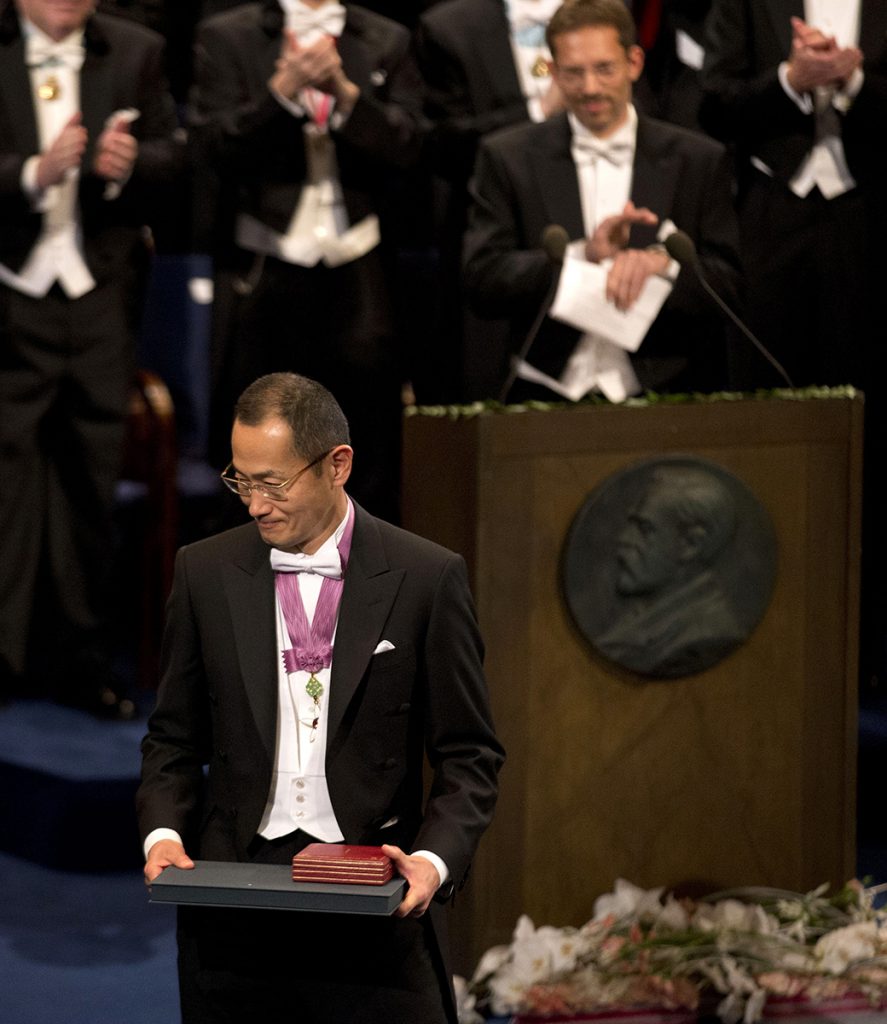 Dr. Yamanaka walks away after receiving the 2012 Nobel Prize Laureate for Physiology or Medicine during a ceremony at the Stockholm Concert Hall on Dec. 10, 2012. (AP Photo/Matt Dunham)

Some people say that communication is one of the biggest challenges STEM students face when studying abroad. When I was in the United States, I definitely had a hard time communicating with students from different countries and backgrounds.

One of the benefits of studying abroad is that you can learn guiding principles that will stay with you for the rest of your life.  In his research, Dr. Yamanaka said, he always remembers the concept of “VW,” which he learned from Dr. Robert Mahley, now the Gladstone Institutes’ president emeritus and senior investigator. “V” stands for vision, the long-term goal, and “W” stands for working hard toward that goal. Both V and W are indispensable for achieving success. Dr. Yamanaka said his vision is to develop new therapies using iPS cell technology and to bring them to patients as soon as possible, and he is working hard on organizing and managing a good research environment to achieve that vision. 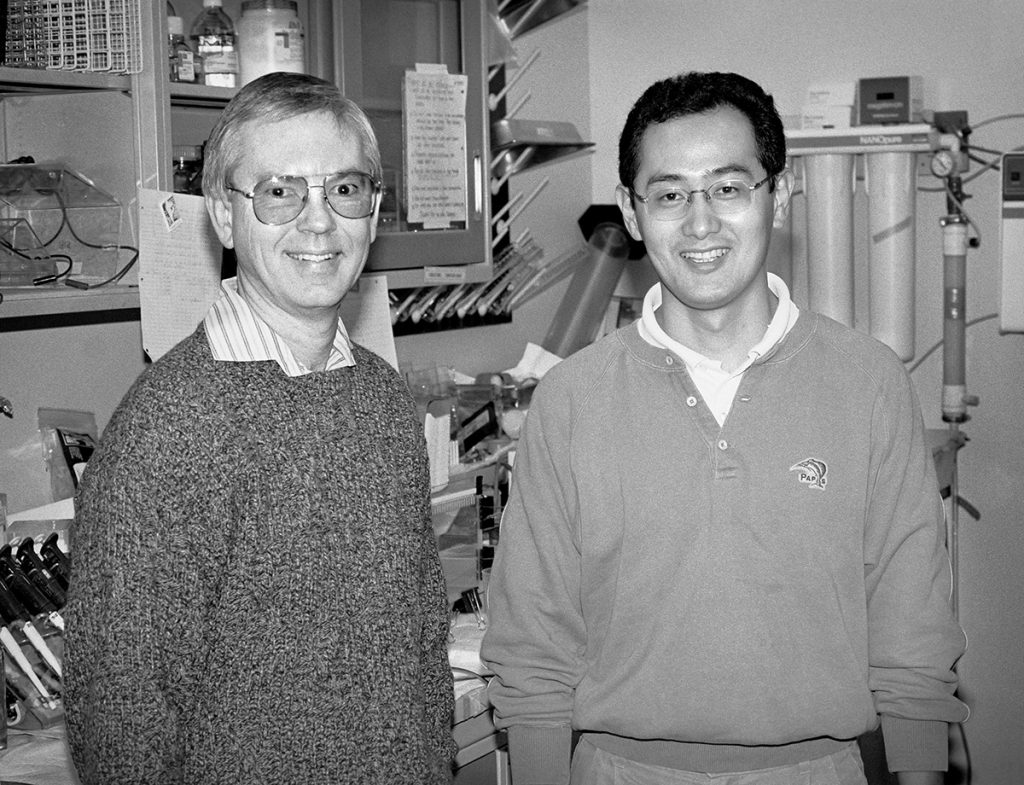 Dr. Yamanaka has made many momentous decisions in his life. First, he made the switch from clinician to researcher. Then he realized that the research technology he needed was hardly available in Japan, so although he had no connection overseas, he went abroad anyway. After returning to Japan from the United States, he changed his research base from Osaka City University to Nara Institute of Science and Technology (NAIST), and then to Kyoto University.

Does he ever find himself in a dilemma when making such life-changing decisions? He said he always has dilemmas.  However, with his motto, “It's better to regret something you’ve done than to regret not doing it,” he always chooses to take action. According to him, although he’s done many things that he ended up struggling with, doing them was far better than regretting not doing them, so he has had no regrets. Dr. Yamanaka lives by the motto, “You only live once.”