In addition to the U.S. Poet Laureate, the United States has a Youth Poet Laureate to encourage American young adults to grow as poets.

The literary foundation Urban Word named the first national youth poet laureate in 2017. The foundation is supported by the President’s Committee on the Arts and the Humanities, the Library of Congress and the Academy of American Poets.

The world became acquainted with the first Youth Poet Laureate, Amanda Gorman, when she read her poem “The Hill We Climb” at President Biden’s 2021 inauguration.

Gorman recounted how her nerves almost stopped her from reading, but she drew on her internal strength and courage to stand in front of an enormous crowd and perform. “On the way to the Capitol, I recited the mantra I say before any performance: I am the daughter of Black writers. We’re descended from freedom fighters who broke their chains, and they changed the world. They call me,” she wrote in the New York Times.

The Los Angeles native published her first book of poetry in 2015 at the age of 17. She studied sociology at Harvard and graduated with distinction in 2020. 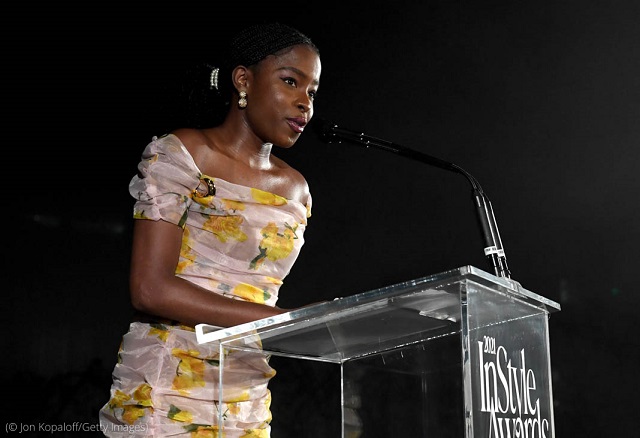 Chicago-based Patricia Frazier became the second Youth Poet Laureate in 2018 at the age of 19. Kara Jackson, a songwriter, musician and writer from Oak Park, Illinois, was the third in 2019, and Meera Dasgupta from New York City was the laureate for 2020.

The 2021 laureate, Alexandra Huỳnh, is a Vietnamese American who grew up in California. She says it’s important for young people everywhere to articulate their lived experiences.

Huỳnh’s poem, “Life Cycle of a Catcall,” details the confusion and pain of street harassment women experience all over the world, told from the victim’s point of view.

Huỳnh encourages teens to speak their truth and express themselves through art.

“[I]f there is anyone out there who feels that they are underrepresented in spaces that are important to them, know that there is going to be a time and place where that is not the case anymore, where we see a myriad of experiences and diverse voices,” she told The Lily in January. “And you can begin that change just by sharing your story.”