Koch spent her 289th day orbiting Earth on the International Space Station on December 28, setting a new record for the longest single spaceflight by a woman, according to NASA. She surpassed the previous record set by retired Station Commander Peggy Whitson. 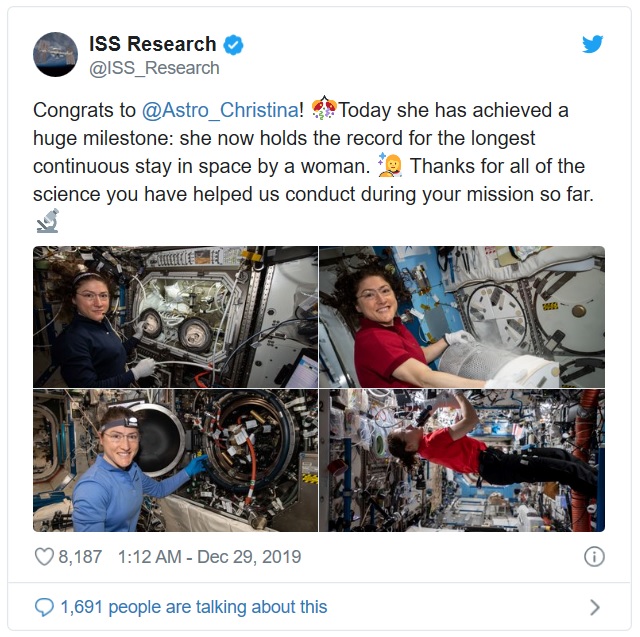 Koch set another milestone in October as part of the first all-female spacewalking crew with fellow astronaut Jessica Meir. It was Koch’s fourth spacewalk.

Koch is expected to return to Earth in February. She will have spent more than 300 days in space, according to NASA.

Banner image: NASA astronaut Christina Koch takes an out-of-this-world "space selfie" with the Earth behind her in this October 18 photo. (NASA)