NASA is planning a mission to look for life on Jupiter’s moon Europa and has created a rover that will be able to navigate its icy surface.

That’s how BRUIE — the Buoyant Rover for Under-Ice Exploration — was born. A nimble and buoyant robot, BRUIE can traverse sheets of ice by anchoring itself to the surface with spiked clamps. It is also waterproof and can roll upside down in water beneath the ice. 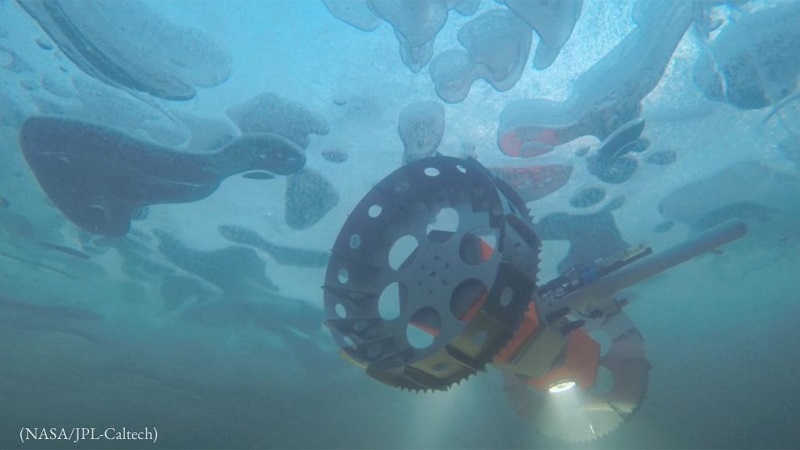 NASA developed its underwater rover, shown here being tested in an arctic lake near Utqiaġvik, Alaska, to look for life under the ice. (NASA/JPL-Caltech)

NASA wants to explore Europa and other extraterrestrial ice moons to see if there are any current traces of life, which would most likely dwell in the water close to the ice.

With this in mind, BRUIE is equipped with high-definition cameras to spend long periods of time observing what happens in the space between the dense ice and water. 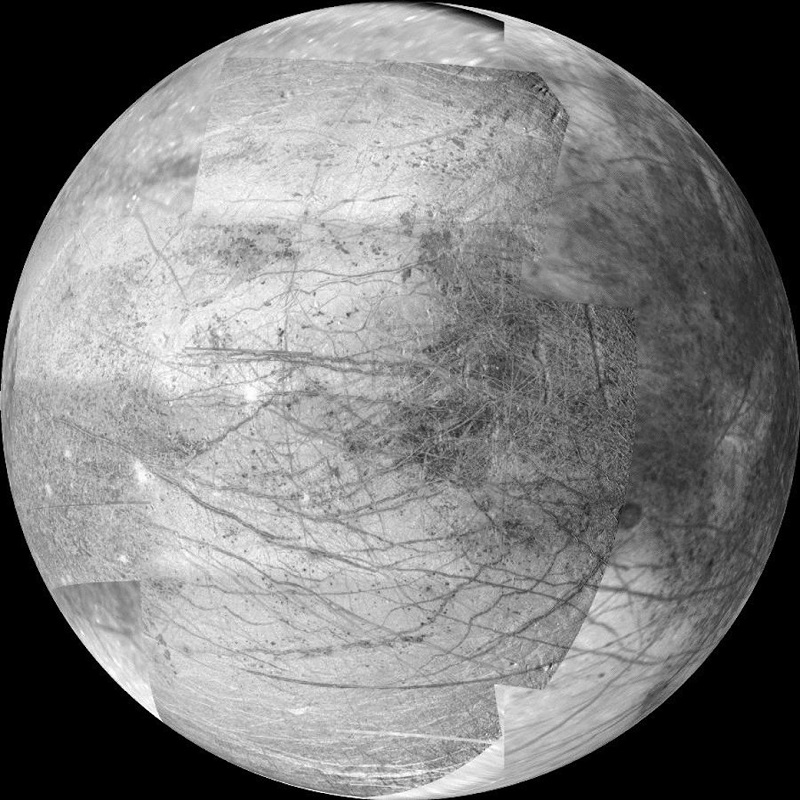 This 12-frame mosaic provides the highest resolution view ever of the side of Europa that faces Jupiter. (NASA/JPL/University of Arizona)

Europa is the smallest of Jupiter’s four Galilean moons — those discovered by the astronomer Galileo Galilei in 1609 — and is roughly the size of the Earth’s moon. It’s also much colder — scientists estimate that the surface temperature of Europa averages around 162 below zero Celsius.

In November, BRUIE trained on sheet ice in Antarctica in conditions similar to those anticipated on Europa. Engineers will continue testing BRUIE’s endurance in freezing temperatures before finally sending the robot along with NASA’s Europa Clipper orbiter. The mission is set to launch no later than 2025.