A NASA telescope began a space mission that will enable astronomers to study distant galaxies previously imagined only in science fiction.

Scientists anticipate that the James Webb Space Telescope, launched on December 25, will reveal new insights about the origins of the universe. The telescope is equipped to examine the solar system in detail and explore distant galaxies that formed after the Big Bang billions of years ago.

The telescope is the largest and most powerful telescope ever. 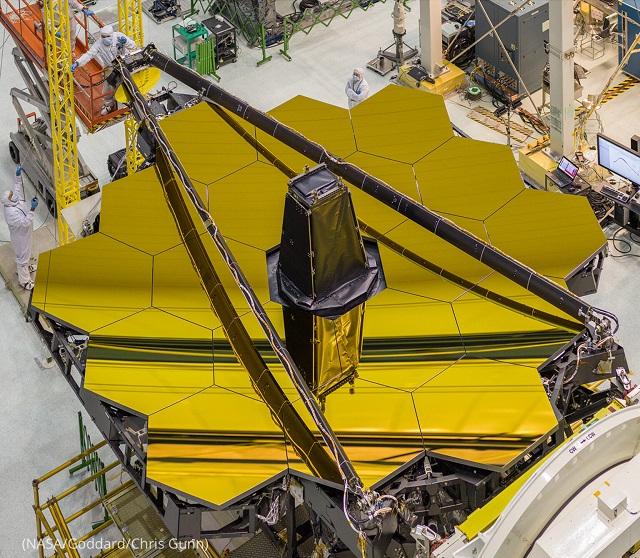 NASA launched the largest telescope in its history, the James Webb Space Telescope, with expectations that it will provide new insights into distant galaxies. (NASA/Goddard/Chris Gunn)

“Webb’s scientific promise is now closer than it ever has been. We are poised on the edge of a truly exciting time of discovery, of things we’ve never before seen or imagined,” said Thomas Zurbuchen, associate administrator for the Science Mission Directorate at NASA.

Webb will study all phases of cosmic history in the Earth’s solar system and many of the observable galaxies. Here are a few other discoveries the revolutionary telescope is expected to provide:

Webb is unique because it can study infrared light from distant objects in greater detail. Its final destination is about 1.6 million kilometers from Earth.

The telescope stands three stories tall, weighs more than 6,500 kilograms and has a mirror that is 6.4 meters wide. The telescope’s sun shield, which is the size of a tennis court, will maintain a temperature of minus 191 degrees Celsius. This combination of images from an animation made available by NASA in December 2021 shows the unfolding of the components of the James Webb Space Telescope. (© NASA/Goddard Space Flight Center Conceptual Image Lab/AP Images)

Because of their size, the telescope’s mirrors require one month to unfold. The telescope will provide the first images after six months in space.

Webb, which cost $10 billion, follows its predecessor, the Hubble Space Telescope, which launched in 1990. The mission is a partnership between NASA, the European Space Agency and the Canadian Space Agency. Webb launched from French Guiana, on the northeast coast of South America.

The telescope is named in honor of James Webb, a former NASA administrator during the 1960s.