A platform created by a U.S. company will streamline the way satellites around the world are controlled.

There are currently more than 2,000 satellites orbiting Earth, and that number will increase as private companies launch their own. As more private- and public-sector satellites orbit the Earth, the need for faster communications grows, especially during a crisis. 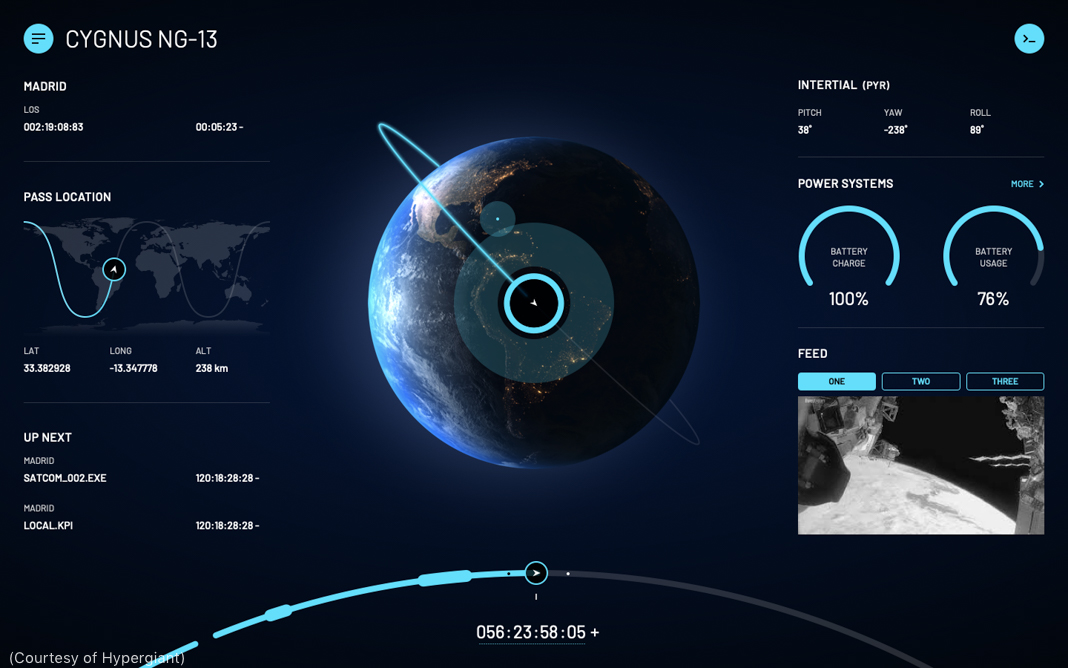 A controller utilizing the H.I.V.E. platform will see an interface that looks like this on their tablet or smartphone. (Courtesy of Hypergiant)

For example, if a hurricane hits a city and the electricity goes out, an operator using H.I.V.E. can still receive information and operate satellites through their mobile devices, leading to a faster government response, said Lamm.

H.I.V.E. funnels preexisting communication platforms into one platform that can be operated remotely by smartphones or tablets instead of from a control room.

“When we see spikes in activity,” Lamm explained, “we can suggest tasking of these areas to operators, thus accelerating the imaging by a number of hours to days.”

The U.S. Air Force and the Space and Missile Systems Center in Los Angeles have already signed on to use the technology in upcoming missions, according to Hypergiant. Hypergiant will join the ranks of private companies such as Boeing and SpaceX, which are helping NASA with satellite missions.