I came to Shibamata to pay homage to that great character in Japanese cinema – Tora-san – and wander around this wonderful community in Tokyo. As you can see from the photo, I even spotted the great man himself, or at least someone who thinks he’s Tora-san.

The “Otoko wa Tsurai yo” (It’s Tough Being a Man) series is a wonderful look into the life of an idealized extended family in Shibamata, a community of close-knit shopkeepers and tradespeople not far from Asakusa. Each episode in this long-running series has a new romantic interest for Tora-san, who is a bit of a rustic Japanese Don Quixote, chivalrous and always tilting at windmills. 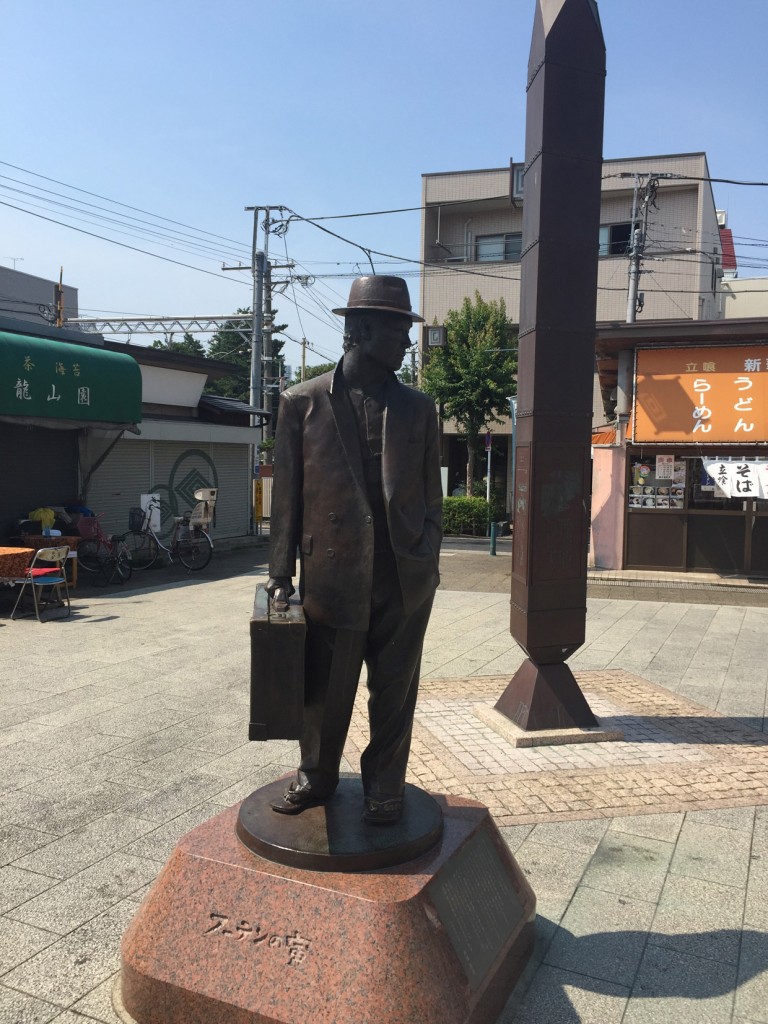 Statue of Tora-san in front of Shibamata Station 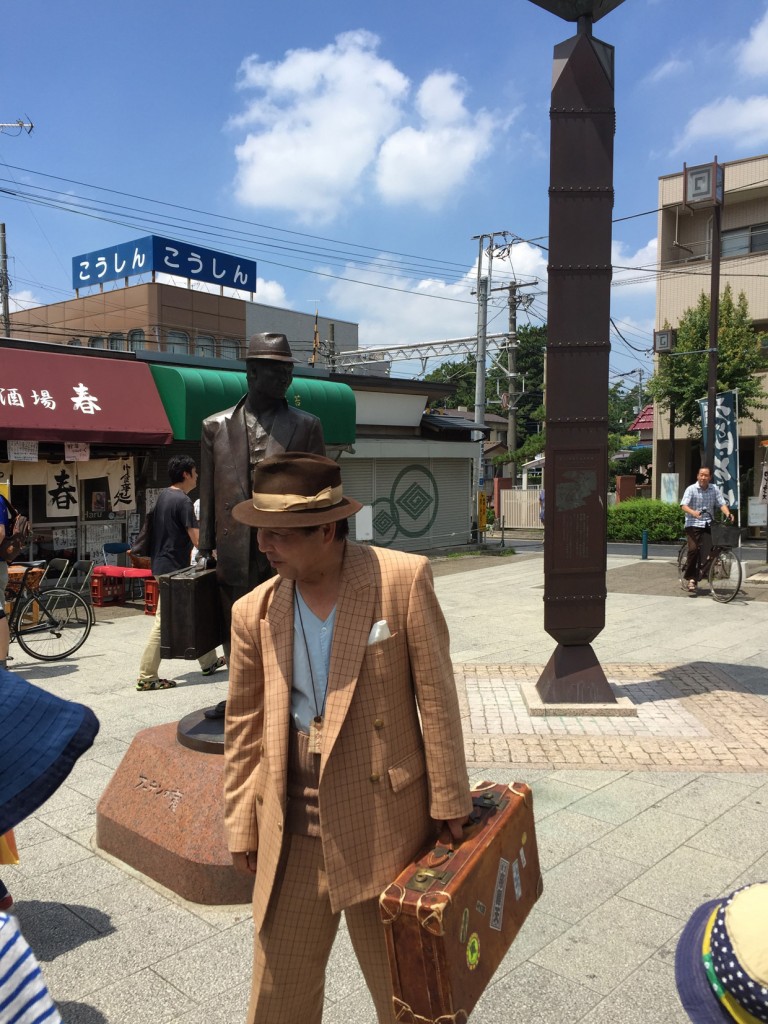 A Tora-san lookalike in front of the statue

When I go to Shibamata I always have a “ramune” soda with its ingenious cap, make cotton candy at an old sugar spinning machine, have my photograph taken next to Tora-san (a life-size cutout) at the Tora-san museum, eat some freshly made rice crackers, and imagine I have been transported back to 1960s Tokyo.

I saw an NHK program about entrepreneurs who are looking to attract more foreign tourists to visit Shibamata and stay at a “minshuku” inn they are setting up. What a great idea! So much to see and learn, and the museum and Taishakuten Temple with its amazing wood carvings are not to be missed.

I was fortunate enough to have the opportunity to talk with series director Yoji Yamada and see his latest film, “Kazoku wa Tsurai yo, (It’s Tough Being a Family), which is a very poignant look at the contemporary Japanese family, both very funny and yet with serious themes – classic Yamada.

For now I think I will have some “zaru soba,” enjoy my stay in this time capsule, and think nostalgically of all that has changed in both Japan and the States since then, and all that has remained the same. The entrance to Taishakuten Temple in Shibamata