U.S. and Japan Partner on Missions to Moon and Beyond

Building on more than two decades of partnership in the International Space Station program, NASA and JAXA — along with the Canadian, Russian, and European space agencies — are developing the Gateway, a small spaceship to orbit the moon. The Gateway will support humans on the moon and provide experience that could boost future exploration of Mars.

During a September 2019 meeting in Tokyo, NASA Administrator James Bridenstine and JAXA President Hiroshi Yamakawa welcomed the ongoing engagement between their agencies to realize JAXA’s participation in NASA’s Artemis program and vision for the participation of Japanese astronauts in lunar exploration. 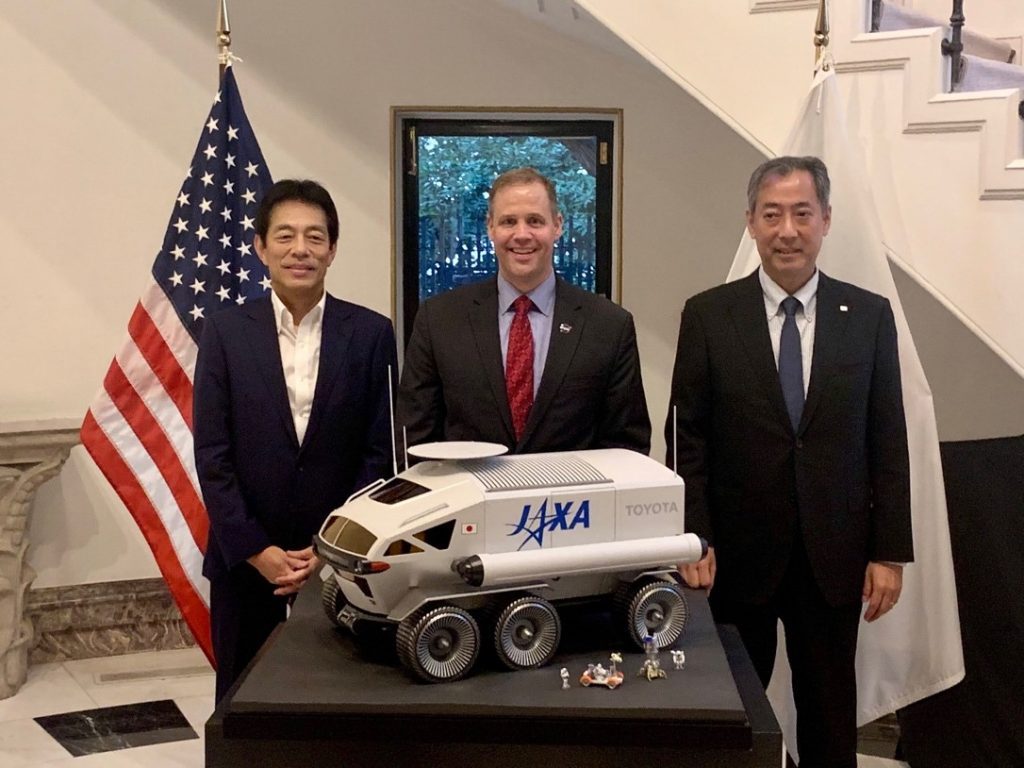 Artemis, in which the Gateway will play a major role, aims to land the first woman and the next man on the moon’s surface by 2024, and JAXA is collaborating on possible robotic missions that could support human activities there. Japan will reportedly develop a lunar rover for the project by applying data from joint research with the Indian Space Research Organization and conducting moon rover research with Toyota Motor Corporation. In addition, JAXA’s unmanned HTV-X space vehicle, which will be delivered to the Gateway by Japan's new H3 rocket, will be used in refueling and resupply missions. 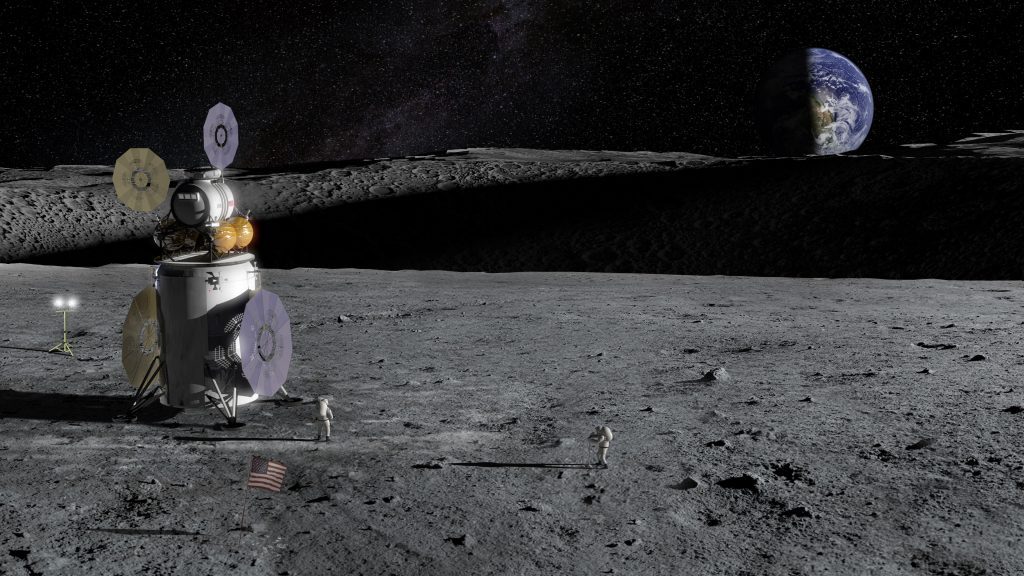 Illustration of a human landing system on the lunar surface. Credit: NASA

On XRISM, the X-Ray Imaging and Spectroscopy Mission, which will launch in early 2021 to investigate X-rays emitted by stars, quasars, and black holes, the agencies’ roles are reversed: JAXA leads, and NASA contributes key components. As part of the broader moon-to-Mars exploration objective, NASA is also developing key instrumentation for JAXA's MMX mission that will travel to the Martian moons.

Meaningful cooperation between the United States and Japan on space missions enables fundamental research and technology development, serves as an inspiration for future generations, and advances joint human and robotic exploration endeavors. 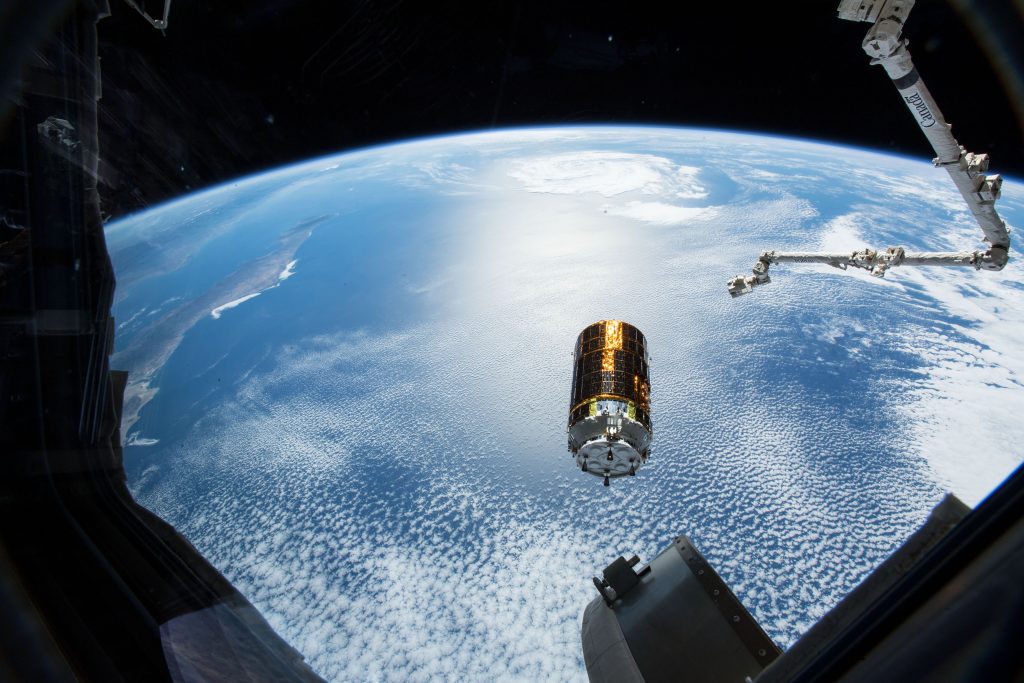 The Japanese Space Agency (JAXA) developed an uncrewed cargo transfer craft, called the H-II Transfer Vehicle (HTV), to deliver supplies to the International Space Station. This image shows the HTV-7 resupply ship after its release from the Canadarm2 robotic arm as the space station orbited above the Pacific Ocean some 311 miles west of Baja California. Credit: NASA

In a letter to the editor of the Nikkei Asian Review on October 1,  U.S. Embassy Chargé d’Affaires ad interim Joseph M. Young wrote that the shared objectives of the United States and Japan cover collaboration across the fields of human spaceflight, Earth and space science, aeronautics research, and ambitious plans for future space exploration. “Whether on Earth, the moon, Mars, or beyond,” he wrote, “the U.S.-Japan alliance empowers our countries to achieve more.”

Chargé Young also pointed out that the two nations recognize the need for closer collaboration in space as a security domain. As a matter of fact, the April 2019 U.S.-Japan Security Consultative Committee highlighted space as a priority area to better prepare the U.S.-Japan Alliance for cross-domain operations.

At a joint press conference with Prime Minister Abe in Tokyo on May 27, 2019, President Trump said: “I am pleased to confirm that Prime Minister Abe and I have agreed to dramatically expand our nations’ cooperation in human space exploration. We’ll be going to the moon.  We’ll be going to Mars very soon. It’s very exciting. And from a military standpoint, there is nothing more important right now than space.”