A year and a half after switching to virtual programming due to the pandemic, U.S. opera companies are resuming indoor performances, albeit in many cases planning abbreviated seasons that include livestream options to complement the in-person performances.

In a season prelude, ballet star Misty Copeland will host New York’s Metropolitan Opera’s staging of Giuseppe Verdi’s Requiem, a performance that will be both in person and broadcast on television.

The Met’s regular season opens September 27 with a new opera called Fire Shut Up in My Bones by composer and jazz musician Terence Blanchard. It is the Met’s first opera by a Black composer and tells a story based on the powerful memoir by New York Times columnist Charles Blow about growing up Black in Louisiana. 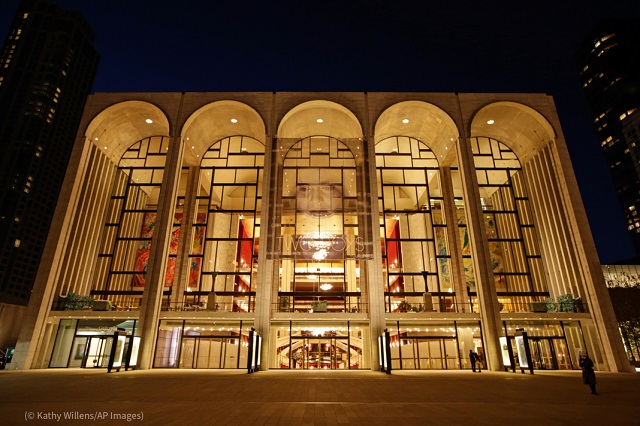 The Metropolitan Opera House is illuminated at dusk in New York's Lincoln Center. It will reopen to live audiences this month. (© Kathy Willens/AP Images)

The Washington National Opera will mark its November 6 resumption with Come Home: A Celebration of Return. This season opener is a tribute to the late Supreme Court Justice Ruth Bader Ginsburg, an opera lover who occasionally appeared onstage as an extra in productions. “Digital and even virtual-reality performance during the pandemic has been wonderful, but this past year has taught us so much about the value of live experiences,” said general director Timothy O’Leary.

In February 2022, for example, the Seattle Opera will present Tazewell Thompson’s Blue, a portrait of contemporary African American life and winner of the 2020 award for Best New Opera by the Music Critics Association of North America. 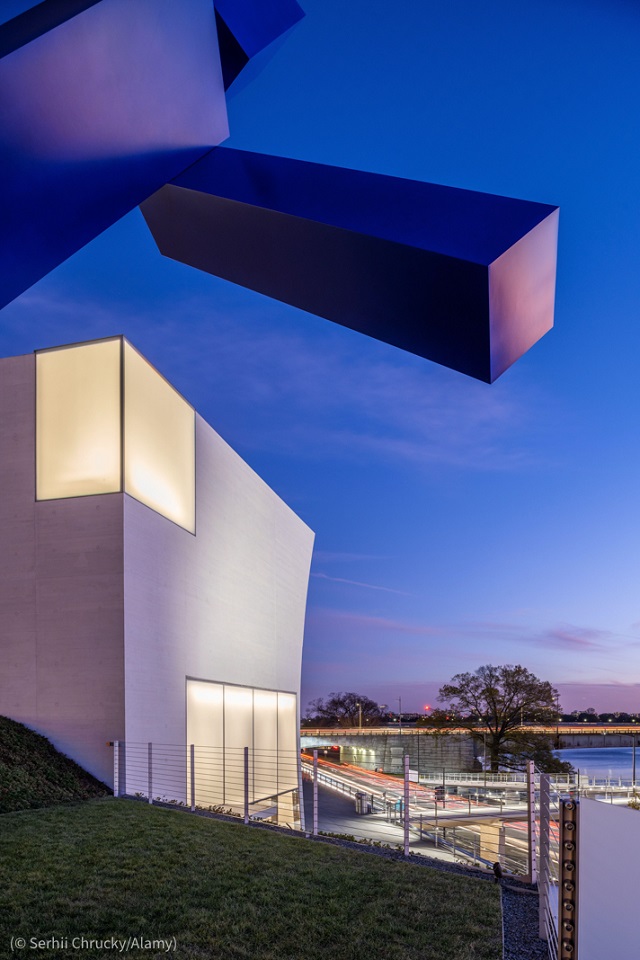 The John F. Kennedy Center for the Performing Arts, home to the Washington National Opera, begins a new season after closing for the pandemic. (© Serhii Chrucky/Alamy)

Also in February, the Houston Grand Opera will launch its world premiere of Nell Shaw Cohen and Megan Cohen’s Turn and Burn. Timed to coincide with the annual Houston Livestock Show and Rodeo, the work is set amidst the world of bucking broncos and carnival rides and offers a modern perspective on rodeo culture, one told in women’s voices.

At the San Francisco Opera — which recently hired Eun Sun Kim as its musical director, making her the first Asian woman to lead an American opera company — patrons will enjoy roomier seats, installed during the company’s shutdown of the past 20 months. The opera also added new accessible seating areas to accommodate patrons with disabilities.

Trade in your couch—for something just as comfy!

The @nytimes swung by to test-drive our new seats at the War Memorial Opera House. Gone are the 1932 chairs, with their unruly springs and quicksand texture. Comfy chairs are here, just in time for "Tosca:" https://t.co/qzjSn8KeXD

The Lyric Opera of Chicago has upgraded its seating similarly. And while the renovation is intended to lure back audiences who have grown accustomed to watching performances from the comfort of their homes, some online and outdoor performances will continue out of a sense of caution.

To reduce the risk of virus contagion at in-person events, venues will follow local health and safety protocols, and most will require audiences, performers and staffers to be fully vaccinated before entering their buildings.

For his part, O’Leary, of the Washington National Opera, is happy to see concert halls safely opening. “Opera is the sound of the human voice, the sound of what is best in us,” he said. “We can’t wait to offer it live once again.”