U.S. Poet Joy Harjo: "There’s a Poem Out There That Can Change Your Life"

After a year of pandemic and racial tension, U.S. Poet Laureate Joy Harjo finds comfort and lessons in poetry.

“Those moments that are the most terrifying, empowering, grief-filled, joy-filled, they are always accompanied by poetry,” Harjo said in an interview with the Library of Congress, where she is serving her third term as poet laureate. “There’s always a poem out there that can change your life.”

Harjo, a member of the Muskogee Creek Nation, is the first Native American to serve as the country’s official poet.

When appointing Harjo, Librarian of Congress Carla Hayden said: “To her, poems are ‘carriers of dreams, knowledge and wisdom,’ and through them she tells an American story of tradition and loss, reckoning and myth-making.”

Harjo points out that in many Indigenous cultures, poets are also known as healers. Poetry helps her deal with the frustrations of lingering disregard for Native American culture. “For me, poetry is a way to speak when you have no words,” she said during a National Book Festival panel about race in America.

Proud of her heritage, Harjo said she started writing poetry as part of her work advocating for Native rights. 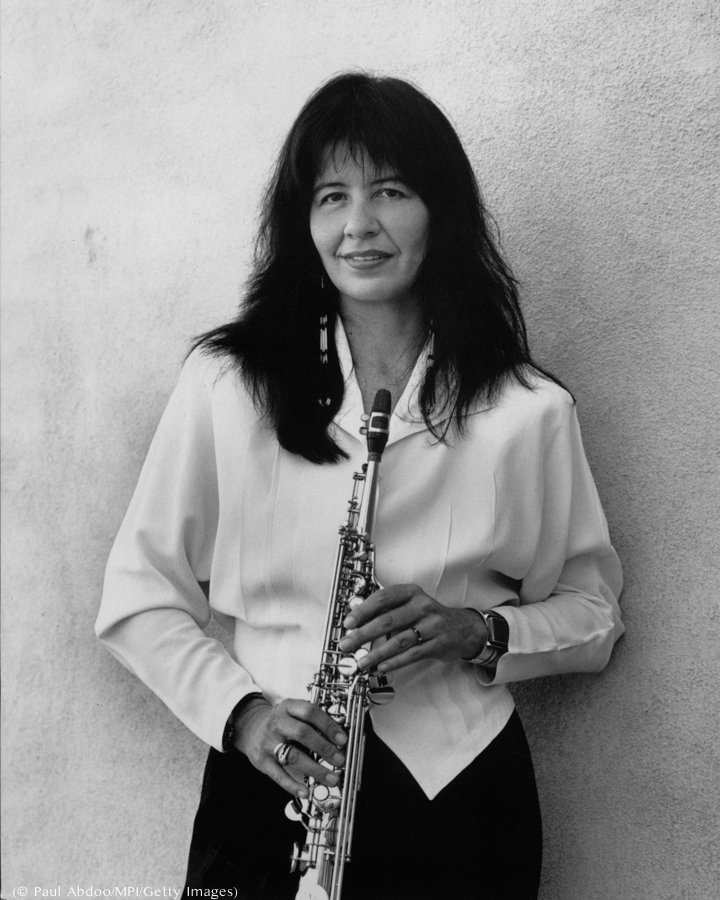 It’s important to her that people know that Native Americans aren’t extinct but still contribute to American culture. A signature project of hers as poet laureate, “Living Nations, Living Words,” is an interactive map that allows readers to click on a location and learn about a Native poet from that area. (You can find Harjo under Tulsa, Oklahoma, but dozens of other poets are included as well.)

“We’re here. We’re poets, we’re jazz musicians, we’re teachers. We’re human beings,” said Harjo, who turns 70 this year. Harjo herself is not just a poet but a musician, a memoirist and, she proudly notes, a great-grandmother.

She has won awards for her writing and for her music. She plays saxophone and sings and is a member of a band called Arrow Dynamics. Most of the world’s poetry, she notes, is part of oral traditions, including music.

Harjo hopes to bring her enthusiasm for poetry to others. “Poetry belongs to everyone. It doesn’t just belong sitting on a shelf in a university.”

At the book festival event, wearing turquoise jewelry and impossibly long beaded earrings set against her jet-black hair, she read from her poem “Exile of Memory” about going back to Muscogee lands in the Southeast that were home before the members were forced out to Oklahoma.

“Do you know how to make a peaceful road
Through human memory?
And what of angry ghosts of history?”

In her interview with Laura Coltelli, in the book Winged Words: American Indian Writers Speak, Harjo says: “I begin with the seed of an emotion, a place, and then move from there. … I no longer see the poem as an ending point, perhaps more the end of a journey, an often long journey that can begin years earlier, say with the blur of the memory of the sun on someone’s cheek, a certain smell, an ache, and will culminate years later in a poem, sifted through a point, a lake in my heart through which language must come.”