What’s on the Walls of Biden’s Oval Office?

What does the art hanging in the White House say about the president who chose it?

At the start of each administration, each president chooses how the Oval Office and the rest of the White House is decorated.

Following his inauguration, President Biden selected seven works to go around the fireplace in the Oval Office, where visiting dignitaries will see them while meeting with the president.

They also are displayed right across the room from the president’s desk, serving as a visual reminder of how he wants to lead the country.

To the left of the fireplace are portraits of George Washington, the country’s first president, and Abraham Lincoln, its 16th, who abolished slavery.

“I always in the past looked at the presidency in the terms of Abraham Lincoln and Franklin Roosevelt and George Washington,” Biden told CNN in February. 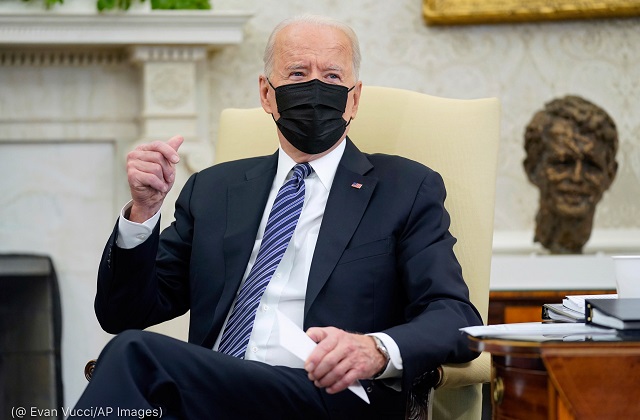 To the right of the fireplace are portraits of Thomas Jefferson and his political rival, Alexander Hamilton, who designed the U.S. financial system. The two are “paired together to underscore that argument and division are perennial,” according to the New York Times.

To the right of the fireplace on a table is a bronze bust of Robert F. Kennedy, the brother of President John F. Kennedy, who served as attorney general, U.S. senator, and was a candidate for the presidency in the 1960s. On another table to the left is a bust of Martin Luther King Jr., who led the country’s civil rights movement during the same decade. Both men were assassinated in 1968.

Taken as a whole, what do these portraits mean?

“The Oval Office decoration often reflects a president’s view of history and the nature of his hopes for the future,” Jon Meacham, the presidential biographer whom Biden asked to advise on art for the Oval Office, told the New York Times.

“Presidents have a unique place, not only as an object of the historical imagination, but as an architect of it. And so to catalog and take a look around the virtual attic of the Oval Office through the years tells you a lot about what presidents value — not only the stories they are interested in, but the stories they are writing themselves.”

Banner image: The Oval Office of the White House was redecorated for the first day of President Biden's administration January 20, including a portrait of Franklin D. Roosevelt over the mantle of the fireplace. (© Alex Brandon/AP Images)