The Netflix show The Queen’s Gambit combined with the pandemic to create a phenomenon that has rocked the 1,500-year-old game of chess.

Not since almost five decades ago, when American chess grandmaster Bobby Fischer riveted the country with his match against Russian Boris Spassky, has chess been so popular in America.

“The Queen’s Gambit probably is the biggest influence on how cool the game really is since [then],” says Marty Grund, president of the Internet Chess Club, a site for players to chat, get chess news and play online.

Another online-play site called chess.com witnessed its membership grow from 30 million before the pandemic to 69 million now, according to Laura Nystrom, its spokeswoman. In March 2020, the site hosted 1 million daily active players on average. Now, that number is up to 4 million. 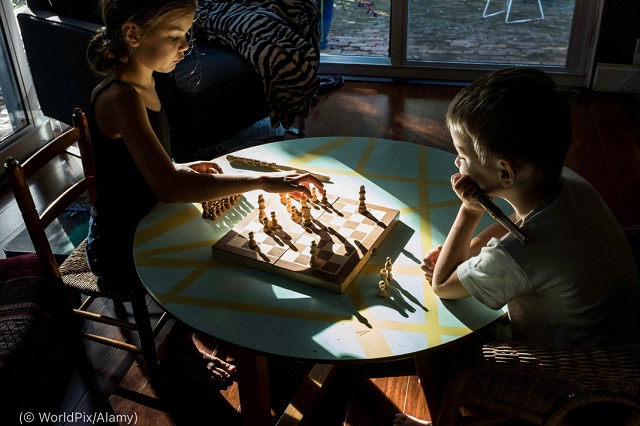 “People were stuck in their homes,” says Daniel Lucas, a spokesman for the US Chess Federation, the official governing body in the U.S. But also, he says, chess became more popular as people discovered that it is a great family activity. “It’s easy for parents to teach kids, and there can quickly be parity. It’s an inexhaustible number of games — it’s akin to the number of atoms in the universe. And you can always get better.”

The pandemic was a double-edged sword for chess. In-person tournaments were canceled for much of the year and school chess clubs shut down as schools turned to virtual learning. But lapsed chess players stuck at home dusted off their boards or splurged on new ones. New players flocked to online chess.

Chess officials began hosting more tournaments virtually — and tackling the problem of players sitting at a computer with access to myriad programs that can instantly tell them the smartest move. (Even a grandmaster can lose to a computer.)

The Internet Chess Club applied algorithms that compare human play to computer decisions in order to help tournaments ferret out cheating by certain tech-savvy players, according to Grund.

The Internet attracts people to watch top players’ matches and connected the more typical player with an opponent of their own skill level from anywhere around the world for a digital match.

Riveted by the small screen

Then, last fall, Netflix released its fictional series about Beth Harmon, a child prodigy who turns to chess and bad behavior in equal measure. With high-level chess consulting help, the series produced riveting and realistic matches.

The House of Staunton, the largest chess specialty retailer in the U.S., saw sales of all types of chess sets grow 25% during the period, according to its president, Shawn Sullivan. 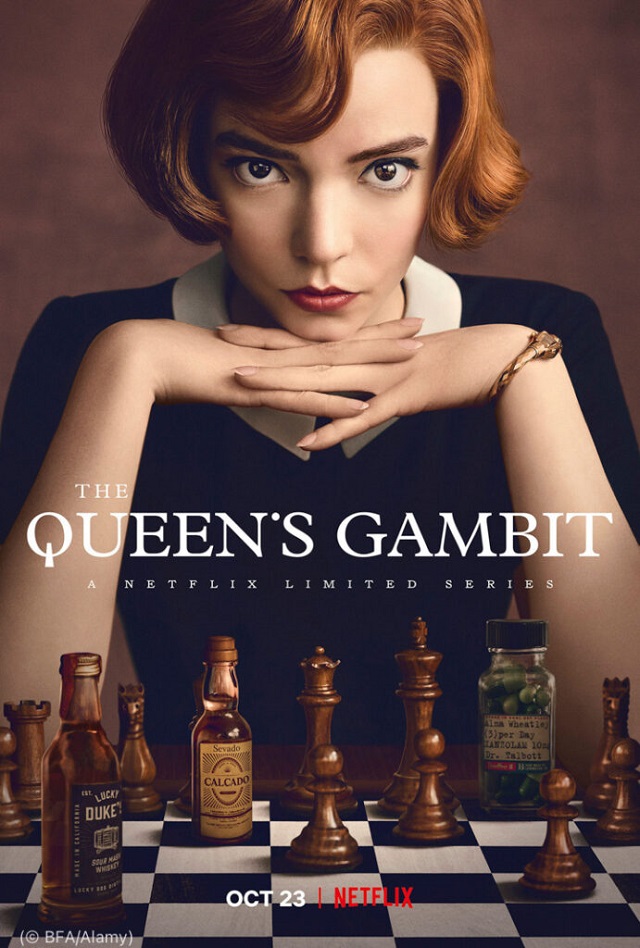 A promotional poster for the Netflix series “The Queen’s Gambit.” (© BFA/Alamy)

One Monday at the end of October, the warehouse manager at the Huntsville, Alabama, operation asked what in the world was going on. Orders were streaming in days after The Queen’s Gambit became must-see TV. Orders for chess sets during the holiday season in 2020 came in at triple the normal rate.

Lucas says that his federation has noted that while young children start out interested in chess, many girls drop the game in middle school, possibly because of social dynamics. His federation had been working to change that through girls-only events and grants for organizations to spur chess playing among girls.

But the show was “quite the firestorm,” Sullivan says. With its female heroine, The Queen’s Gambit drew women and girls to the traditionally male-dominated game.

The number of women registered at Chess.com jumped by nearly 10%.

“Chess used to be a prop in a James Bond movie,” Nystrom says. “Now we’re seeing 20-year-olds, sports figures, women … More people can be fans of the game.”

Sullivan is optimistic that the newfound love of chess is not a typical fad. In June of this year, sales were still higher than the 2019 holiday shopping peak. “People are sticking with it,” he said.

Banner image: In a scene from Netflix's "The Queen's Gambit," chess prodigy Beth Harmon takes on a competitor. The series is credited with helping prompt a spike in interest in the game. (© Album/Alamy)