David Drake’s stoneware pottery was an act of resistance, etched with poetry by its enslaved creator at a time when his knowledge of the written word was illegal.

Drake was born into enslavement in the United States in the early 1800s, and records show he lived in Edgefield, South Carolina, for most of his life. Scholars estimate he made more than 40,000 pieces of pottery.

Drake is recognized as the first enslaved potter to sign his work. Doing so at the time meant that with each jar, Drake risked his physical safety — and possibly his life — by creating ceramic ware traced with original poetry while enslaved people in the United States were generally forbidden from learning to read and write. 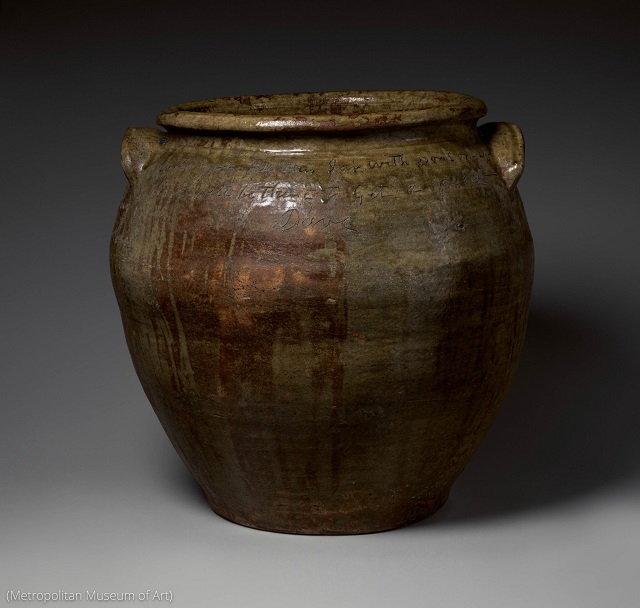 This storage jar — a masterwork by the enslaved African-American potter and poet David Drake — reveals his technical facility and command of language. (Metropolitan Museum of Art)

Drake’s ceramics are commanding record auction prices in the United States, a signal of increasing attention to the work of enslaved artists and crafters who have been previously overlooked. Scholars agree that functional works like Drake’s — which have traditionally been excluded from art museum collections or have been considered craft arts — need to be reconsidered as fine art because of the skill required to construct such objects. Their importance and place within the American art canon, scholars say, should be reconsidered. 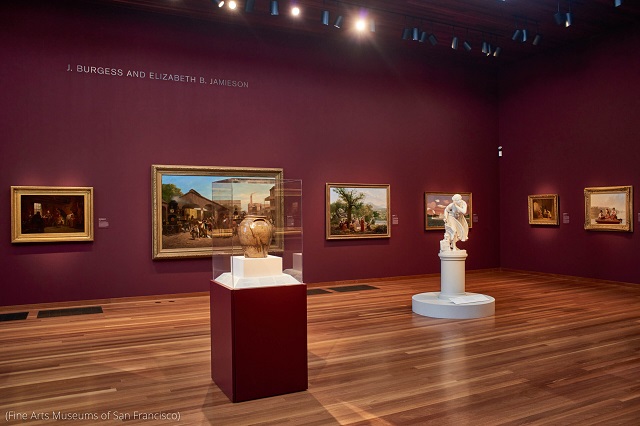 “If you don’t pay attention to these objects, you are never going to adequately embrace the history of women artists, artists of color or enslaved artists, because you have to look at what they were ‘allowed’ to make,” Timothy Burgard, a curator at the Fine Arts Museums of San Francisco, told The New York Times. Burgard said he would be displaying Drake’s work prominently alongside other art of the Civil War era, “symbolically centering the issue of the slavery system, which historically has been minimalized and marginalized by museums.”

“How many buildings, pieces of furniture and ceramic jars were made by people who were enslaved?” asked Burgard. “Probably millions, but nobody recorded their names.”

Banner image: Drake’s inscription reads: “this jar is to Mr Segler who keeps the bar in orangeburg / for Mr Edwards a Gentle man — who formly kept / Mr thos bacons horses / April 21 1858” and on the other side, “when you fill this Jar with pork or beef / Scot will be there; to get a peace, – / Dave” (Metropolitan Museum of Art)