They may not have the flash and cash — that is, campaign donations — of Republicans and Democrats, but every four years, independents and candidates from other parties run for president. While less noticed, they are still an important part of the American political system.

Former Senator Joseph Lieberman has seen firsthand both the challenges independents face and the impact they have.

In 2000, Lieberman, while a Democratic senator, ran for vice president on a ticket with Al Gore. They lost, and some analysts attribute the defeat to the “spoiler” effect of the Green Party’s candidate, Ralph Nader. Does Lieberman feel any lingering animosity toward Nader? “Sure, but not much,” says Lieberman, who now works at a New York law firm. “He had a right to run.”

Interestingly, only a few years after the vice presidential loss, in 2006, Lieberman lost a Democratic primary for his Senate seat, ran as an independent and won in the general election. (He served as a senator until 2013.)

Voters seldom pick third-party and independent candidates, but the outsider candidates make their mark by adding their ideas to the agenda.

“The most important role of third parties is to bring new ideas and institutions into politics. They innovate,” says Allan Lichtman, history professor at American University in Washington.

The Anti-Masonic Party in the 1830s, for instance, came up with the idea of holding nominating conventions, which the major parties now hold. The Free Soil Party started a push against slavery in 1848. The Socialist Party promoted social security and labor rights, ideas that were taken up by Democratic President Franklin Delano Roosevelt. The Libertarians promoted privatization ideas that the Republican Party adopted in the 1970s, Lichtman says. 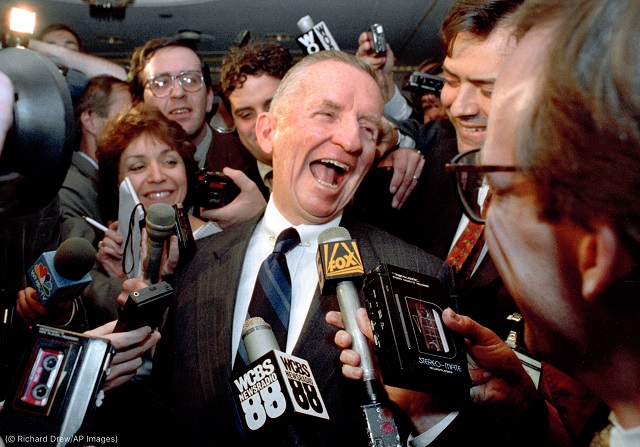 Political scientists give Ross Perot’s 1992 presidential candidacy credit for pushing the issue of balancing the federal budget. The billionaire Perot brought his homespun Texas demeanor to the budget issue and won nearly 19 percent of the vote.

Lara Brown, director of the Graduate School of Political Management at George Washington University in Washington, says Perot is a good example of how an independent or third-party candidate can have a big impact in one election, but by the next see his ideas co-opted by the major parties. Independents “are like honeybees — they sting once and then they die,” she says.

Some third-party candidates are the nominees of parties like the Libertarians, the Green Party and the Constitution Party that have built enough support to appear on ballots throughout the country. Others are people like Perot who get on ballots because they are charismatic figures in their own right.

The process to appear on the presidential ballot varies by state and depends on whether a candidate is the nominee of a party with enough history of support to have a slot on the ballot. For independents like Perot, the process involves collecting millions of signatures. 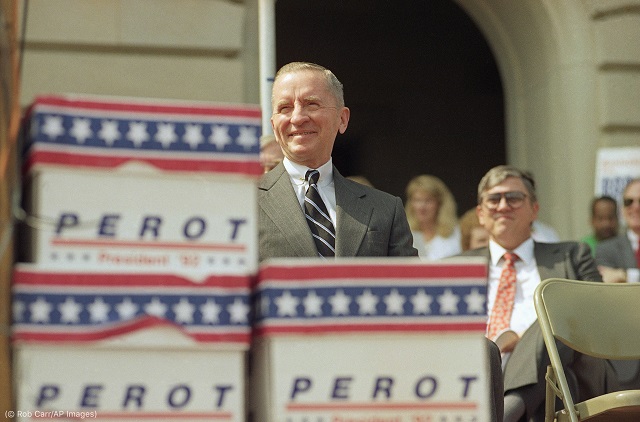 Ross Perot shows off his campaign’s hard work: boxes of some 40,000 signatures to put him on the Kentucky primary ballot in 1992. (© Rob Carr/AP Images)

It’s hard. State laws adopted by one or both of the major parties control the process. “And they don’t want it to be easy,” Lieberman said, referring to the two major parties.

Similarly, winning a slot in the presidential debates — an important way to reach voters — is a hurdle.  Candidates have to gain 15 percent support in polls to participate. Perot’s role in the 1992 debates is the last instance of an outsider joining.

“It’s a vicious cycle,” Brown said. “Because they don’t poll well, they don’t have access to the debate, so they have trouble attracting support.”

If they do get on ballots, outsider candidates have difficulty winning. Even Perot, who won 19 percent of the popular vote, didn’t win a single vote in the Electoral College. After Americans vote in November, the results are used to allot support in the Electoral College, which formally chooses the new president. (Most states use a winner-take-all formula for their Electoral College votes, thus a candidate only gets electoral votes when he or she wins the state.)

Still, independent and third-party candidates are “the spearhead of change in America,” Lichtman says. They don’t leave empty-handed when their ideas are picked up by the winner. “We have the best of both worlds: a stable two-party system, but third parties and independent candidates inject life into that system.”