Accessibility Is for Everyone: An Interview with Mark Bookman

University of Pennsylvania Ph.D. candidate Mark Bookman has studied in Japan several times, starting out as a high school student who was more interested in checking out ramen shops and anime outlets than thinking about accessibility issues. When he returned as a Fulbright Fellow to do research on Buddhist philosophy, however, his situation was more complicated because he was in a wheelchair and had to make his own arrangements. “My life was like a puzzle,” he said. “Every piece had to be put together in just the right order for me to be able to get out of bed, go to school, do my research, go home, eat, sleep, and repeat.” It was after he had completed that program that he came up with the idea of the Accessibility Mapping Project, a crowdsourcing application for sharing data in real time about physical and social barriers to access. Now Bookman is back in Japan as a visiting researcher at the University of Tokyo, where he develops tools and strategies for eliminating barriers to education, employment, and social participation faced by persons with disabilities around the world. He also works as an accessibility consultant and contributes articles on accessibility issues to various publications in Japan and beyond.

Bookman led a panel discussion on accessibility issues sponsored by the U.S. Embassy in January 2020. American View sat down with him before the program to learn more about his mapping project and thoughts on accessibility.

American View: Tell us about the Accessibility Mapping Project you developed.

Mark Bookman: The Accessibility Mapping Project was born out of my own experiences as a student. When I started graduate school, I realized that a lot of the “accessible places” weren’t quite accessible. I’d enter a building through a wheelchair-accessible door, but then I couldn’t use any of the bathrooms in the building. Or I’d try and go through a wheelchair-accessible door, but it was built for a different model of wheelchair, so it wasn’t the right size. I realized that all of the maps on campus were incredibly vague in terms of accessibility, and I wanted not only to know more, but also be able to share my experiences. And I knew I wasn’t alone. Certainly other people with disabilities had similar issues. I realized we needed a better way of sharing information, so I set out to build this mobile map that would let anyone share information about what access features are there that work for them, and which ones don’t work for them. By sharing that information with large groups of people, we could actually work together to create a more accessible environment for everyone. That was the mission.

American View: Did you come across any major differences in terms of accessibility when studying in the United States and Japan?

Bookman: The accommodations systems are different. In the U.S. we’ve had legally mandated reasonable accommodations in schools since 1991, and in Japan they just started in 2016. The reality is that because there have not been enough students with disabilities coming through the Japanese system, the schools often don’t know how to respond to them. As students with disabilities are shut off from education, they often have difficulty finding jobs, which affects their ability to live independent and self-determined lives. But just like the Japanese standards of accessibility don’t work for me here, the American standards don’t work for my Japanese friends studying in the U.S. So it’s not like one country is better or worse. They’re just different. The real question of accessibility across schools is what can they do to accommodate everyone there instead of just trying to meet some ideal standard.

American View: What advice would you give to young people with disabilities who are thinking about studying abroad?

Bookman: The first step is to recognize that you’re not going to be able to predict everything, so you have to be flexible. You may be able to get to the airport, but you may have difficulty getting from the airport to your dorm. You may not be able to take a train. You may have to find a taxi. How do you do that? Part of that is researching ahead of time online. Part of that is working with your school. Studying abroad is not just going to class. You need to be able to leverage local knowledge networks. That could be disability organizations, or it could be groups of students who don’t necessarily operate on campus. 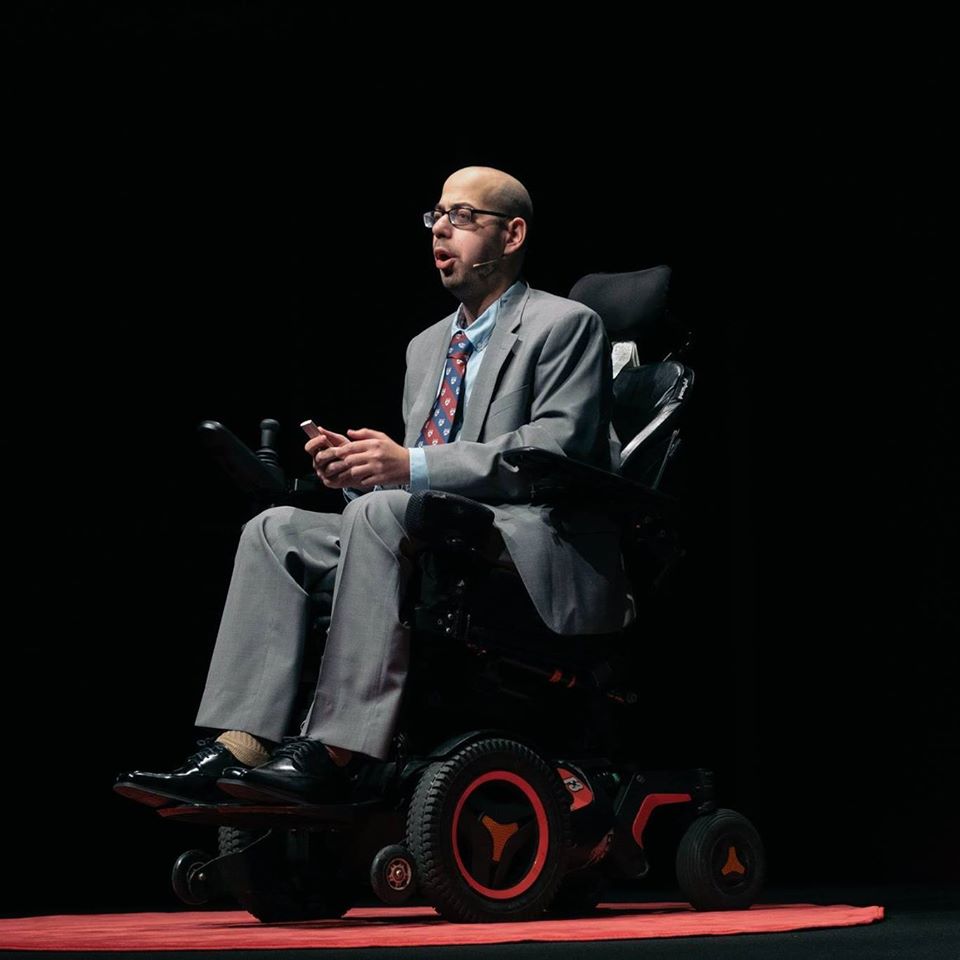 Mark Bookman delivers a talk called “Paralympics as Possibility: The Past, Present, and Future of Accessibility” at TEDxFulbrightTokyo on March 17, 2019.

American View: This year marks the 30th anniversary of the Americans with Disabilities Act (ADA). How did it change the lives of people with disabilities?

Bookman: I was born in the year the ADA was enacted, so it’s been a very big part of my life. I’ve really come to appreciate just how important it’s been for me in getting me access to all the schools I’ve been to and all the programs I’ve been involved in. That was all facilitated by the ADA. The ADA truly opened up a world of communication and a world of access-making beyond what it initially set out to do, not just in the U.S. but in Japan too. Right after the ADA was passed, a group of disability activists in the U.S. came to Japan, spoke about it, and worked with Japanese companies to develop standards that would allow for international business within the framework of the ADA. It had major transnational implications. To talk about that law as anything other than epoch-changing would be an understatement.

American View: What are the next steps for accessibility beyond the ADA?

Bookman: I think the biggest problem with the ADA is that it essentially relies on lawsuits to enact change. I might go to a restaurant that has a step out front that it shouldn’t. If I wanted to change that, what could I do? I could file a lawsuit under the ADA. That takes time, money, and energy. By the time I’m done, that restaurant might have gone out of business, so it’s not worth it unless it’s a life or death problem. The ADA itself is not enough. We need to have social pressure around it. In the case of Japan, it could be the aging population or something like the Olympics that forces change. There has to be some other kind of impetus to make change happen.

A lot of businesses think about accessibility almost as a special accommodation for people with disabilities. But what that logic misses is that accessibility is not only about disability. There are mothers and fathers with strollers; there are elderly people. If you think about access not as helping someone with a disability, but as enabling everyone to participate, then you’ll be able to accomplish something truly amazing.