Ada Limón, the 24th U.S. poet laureate and the eighth woman in that role, brought her approachable poetry and focus on nature to her first reading as laureate September 29 at the Library of Congress.

The laureate position “brings attention to the art of poetry, and literature more generally,” says Kathy Fagan, herself a poet and an English professor at Ohio State University. “It’s a symbol to other nations that ours values the ancient art of poetry.”

“Her accessible, engaging poems ground us in where we are and who we share our world with,” Hayden said. “They speak of intimate truths, of the beauty and heartbreak that is living, in ways that help us move forward.” 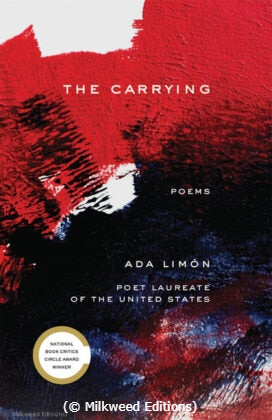 Limón has published six books of poetry, including a 2018 volume titled The Carrying, which won the prestigious National Book Critics Circle Award. Raised in California, Limón now lives in Lexington, Kentucky, where she hosts a poetry podcast called The Slowdown. She is the first Latina and Mexican American in the role.

Fagan, whose six poetry collections include Bad Hobby, says Limón’s work is understandable for all kinds of readers.

“Her work is clear and tender and about the stuff of this world — animals, family, growing up as a girl,” Fagan says. “It’s what poetry wants to do — reach readers and bring them to see a new place in the world.”

Limón’s poem “How to Triumph Like a Girl,” from the book Bright Dead Things, begins:

“I like the lady horses best,
how they make it all look easy,
like running 40 miles per hour
is as fun as taking a nap, or grass.
I like their lady horse swagger,
after winning. Ears up, girls, ears up!”

Fagan is pleased to see a woman of color named to the prestigious post. Limón follows Joy Harjo, a Native American, in the post.

Limón writes as beautifully about the environment as about animals, Fagan notes. In “Instructions on Not Giving Up,” from The Carrying, Limón writes of the bloom of spring:

“Patient, plodding, a green skin
growing over whatever winter did to us, a return
to the strange idea of continuous living despite
the mess of us, the hurt, the empty. Fine then,
I’ll take it, the tree seems to say, a new slick leaf
unfurling like a fist to an open palm, I’ll take it all.”

Limón says she looks forward to amplifying poetry’s ability to restore humanity. “Again and again, I have been witness to poetry’s immense power to reconnect us to the world, to allow us to heal, to love, to grieve, to remind us of the full spectrum of human emotion,” she says.

Poetry takes more effort than pop music, Fagan notes, but offers, especially with an accessible poet like Limón, a way to slow down and pay attention to what’s important.