Twelve years after immigrating to the United States from Ghana to live with her father, Maame Biney became the first African-American woman to win a spot on the U.S. Olympic speedskating team.

Biney was first introduced to her sport when her father saw a “Learn to Skate” sign at an ice rink in Reston, Virginia, and thought his energetic 6-year-old daughter might channel some of her abundant energy into skating.

She did and in the process proved herself a natural. Almost as soon as she took to the ice, she looked like someone who’d been skating for months, her father recalls.

Biney tried figure skating first, but a coach noticed she was fast and encouraged her to take up speedskating. She competed in local events before moving up to the U.S. Junior Championships, where she won a bronze medal.

Known for her explosive starts and powerful stride, Biney is now one of the top U.S. short-track speedskaters. In December she won the women’s 500-meter event and qualified for the U.S. team that will compete at the 2018 Winter Olympics in Pyeongchang, South Korea. 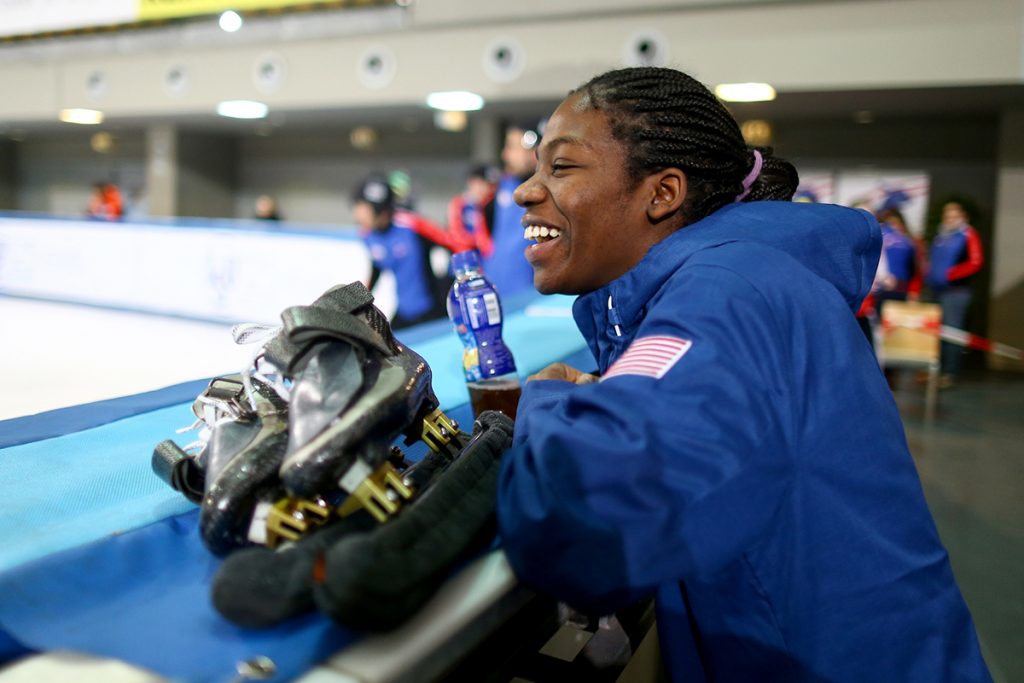 All smiles: Biney takes a break at a speedskating competition in Innsbruck, Austria. (© Christof Koepsel/ISU/Getty Images)

She is not only the first African-American woman to represent the U.S. in her sport. At 17, she’s the youngest speedskater on the U.S. team. Still, the accomplished high schooler — who wants to become a chemical engineer — doesn’t take herself too seriously. “I just hope everyone sees how fun the sport is, when you can just go fast and just be awesome,” she said. “Not that I am awesome or anything, but just — you feel good about yourself, so yeah. Be proud of yourself.” 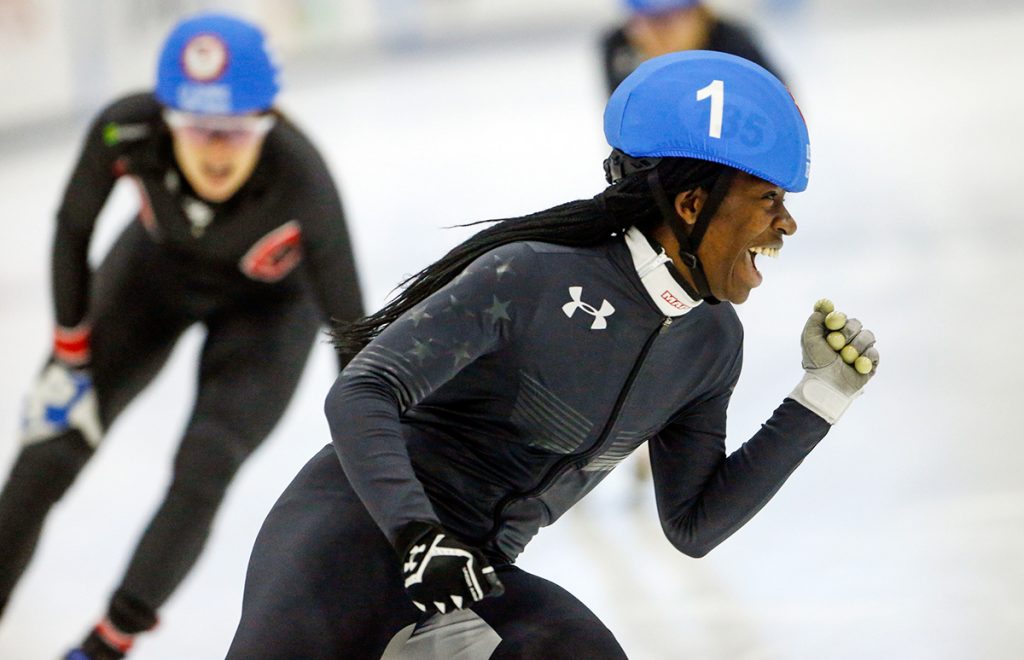 She hopes girls who watch her will be inspired to pursue their own dreams. Biney has fans around the world, including in West Africa, where skating isn’t common. “Since speedskating or any ice sport isn’t really an option back in Africa, I would just tell all the little kids back there just to find something that you love, and be happy,” she said. “Because why are you going to do something if you don’t have fun?”

At the Olympics in February, Biney says, her strategy will be simple: “Go fast and don’t fall.” Her event, the 500 meter, is the shortest and requires tremendous sprinting ability.

Although Olympians compete under intense pressure, Biney’s father, Kweku, hopes she can just soak up the moment and enjoy the experience. “Once you stay focused, everything will fall in place,” he said. “She doesn’t need to be afraid of anything, and I don’t think she is.” 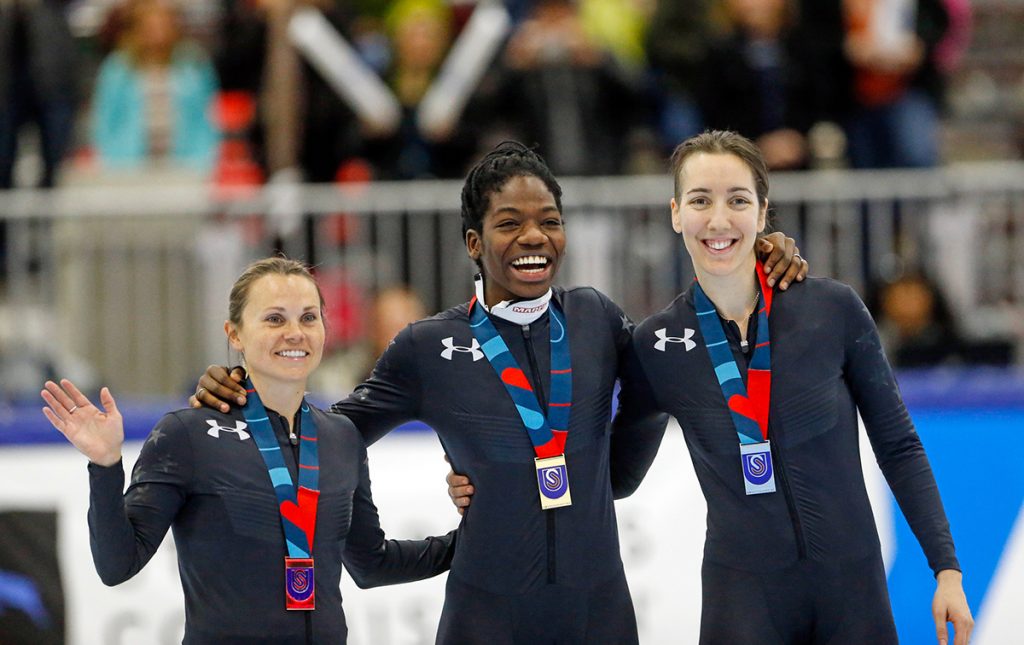 For his part, Kweku says that seeing his daughter walk with Team USA during the opening ceremony will be enough of a reward. Anything more will be a bonus.