U.S. Ambassador to Japan Bill Hagerty made a special appearance on the baseball diamond at Yokohama Stadium on May 29. He threw out the ceremonial first pitch at a game between the Yokohama DeNA BayStars and the Tohoku Rakuten Golden Eagles.

“This is going to be a wonderful evening,” he said before heading out to the mound. “I’m super excited to do it. Let’s hope I get it in the strike zone!” 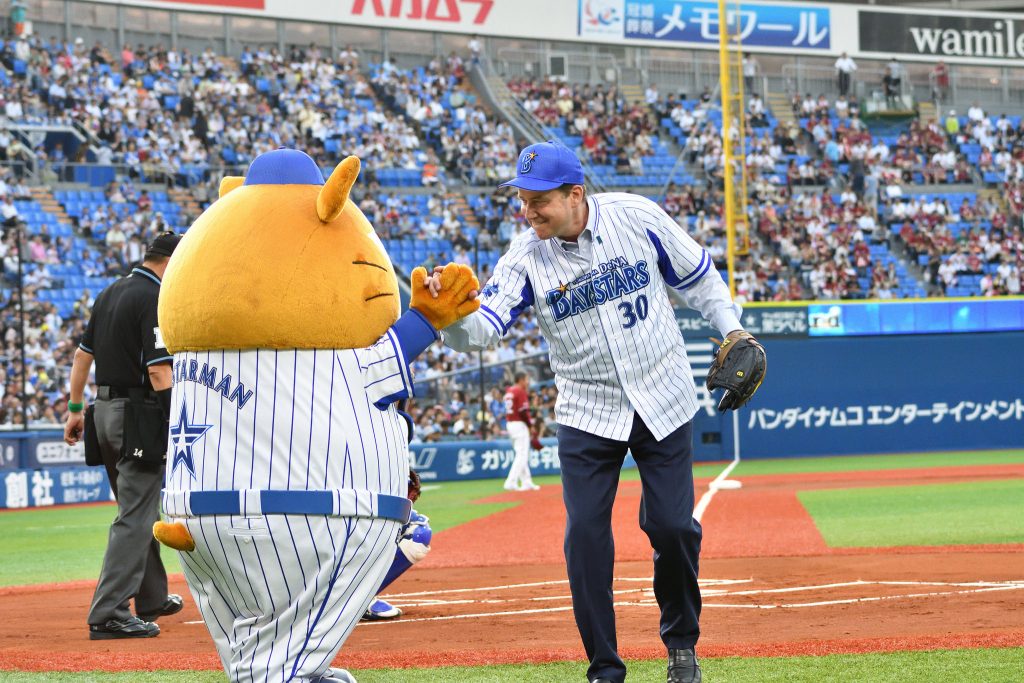 After throwing out the first pitch, Ambassador Hagerty gets a high five from Yokohama DeNA BayStars mascot, DB Starman.

As he looked out onto the field, Ambassador Hagerty reflected on the history of baseball diplomacy between the United States and Japan. “I look out here today and this feels so familiar,” he said. “I think it goes back to those roots dating back to 1934 when the likes of Lou Gehrig and Babe Ruth were here in Japan sharing their fascination and abilities in baseball with a great set of fans. They had a great tour here. They visited the residence that my family and I live in today, and really brought a lot of the energy and excitement of America’s favorite pastime to Japan.” 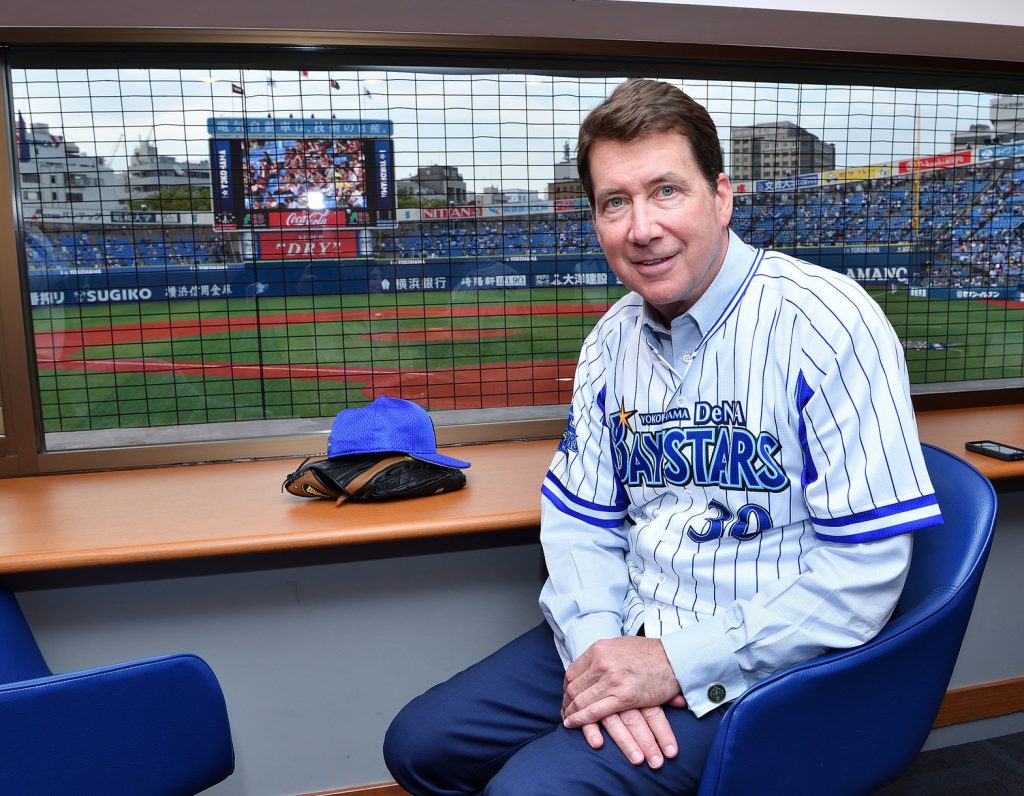 Ambassador Hagerty believes that sports diplomacy is an effective way to bring young Americans and Japanese together in a way that transcends cultural and linguistic boundaries.“Our sports diplomacy has covered a broad range of venues,” he said. “We’re here tonight at the BayStars Stadium celebrating our shared love of baseball. Just last week we had Vanderbilt’s ladies soccer team here in Japan playing the Jumonji Ventus. We’ve had the PGA seniors tour from America here with a great round of golf enjoyed by many, many people in Japan and the United States. And then of course the Olympic activities that are coming up in 2020 are something that we all look forward to.” 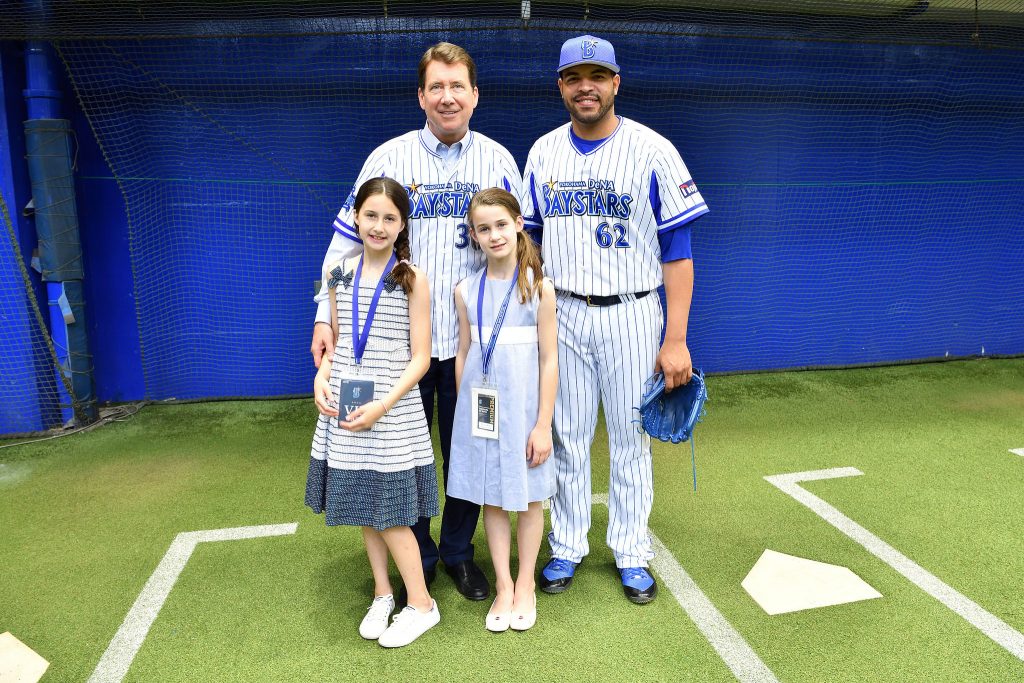 The Ambassador has long been an avid fan of all kinds of sports both in the United States and Japan, but he’s been  particularly interested in Major League Baseball since Japanese pitching and batting sensation Shohei Ohtani made his debut with the Los Angeles Angels. “His arrival has done a great deal to spark interest both here in Japan as well as in the United States,” he said. “It reminds us what a great friendship we have sharing the love of baseball.”