The Times Higher Education World University Rankings 2021 ranks the best universities in the world, rating them on teaching, research, knowledge transfer and international outlook. The annual ranking assesses more than 1,500 institutions of higher learning across 93 countries and regions.

This year Oxford University in the United Kingdom comes in at Number 1, but American schools rank numbers 2–5 and 7–10. 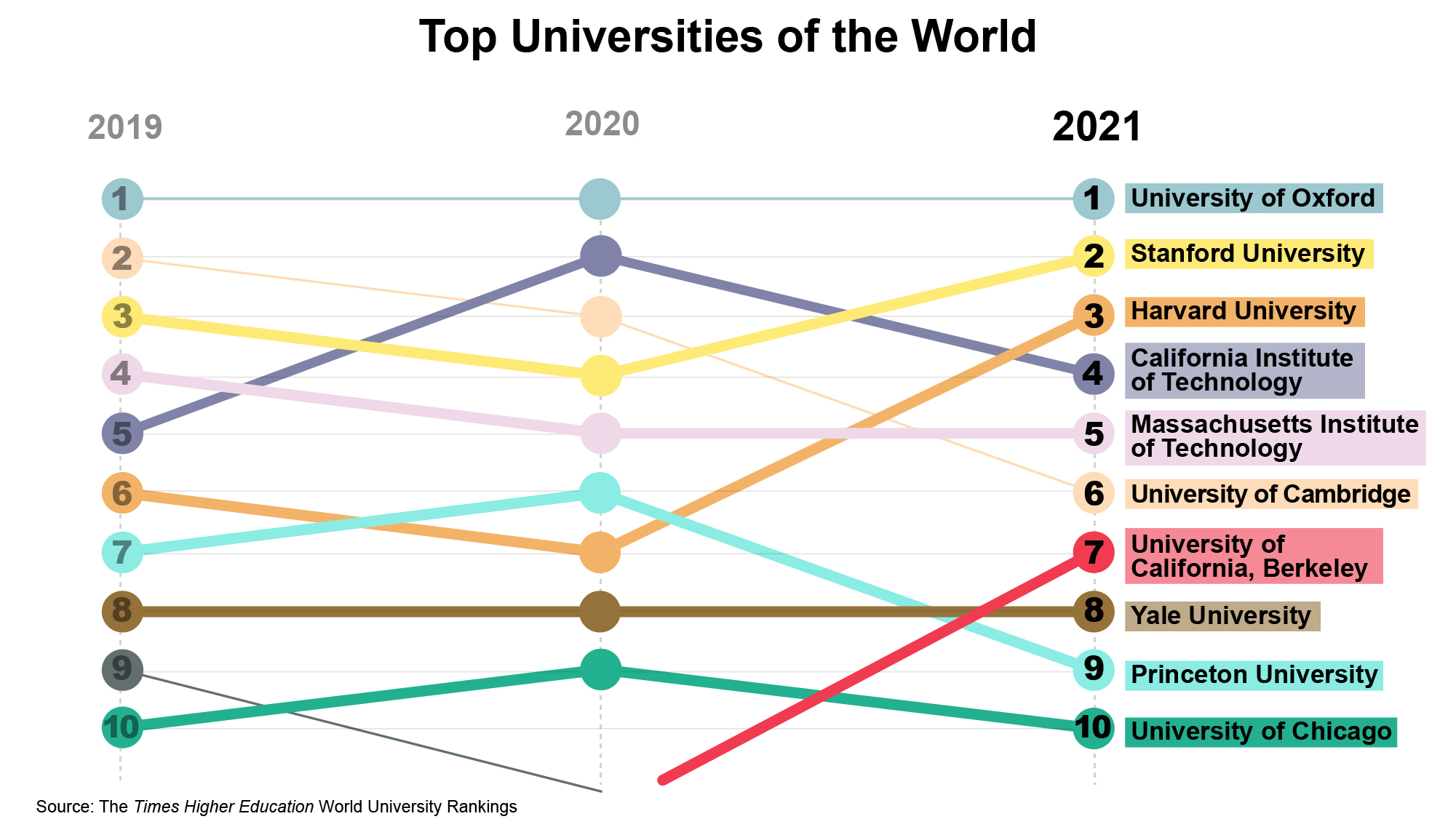 Several top U.S. universities that focus on science, technology, engineering and math (STEM) are among the highest-ranked schools. But with a rankings formula that now includes publication of books and book chapters as “research outputs” in addition to articles, schools focusing on arts and humanities are better represented. In fact, many traditional STEM schools, recognizing the value of a well-rounded education, are devoting more resources to their arts and humanities programs.

Some top schools with a strong STEM focus — such as Stanford University (rated Number 2 overall), Harvard (Number 3) and the Massachusetts Institute of Technology (Number 5) — earn top marks in arts and humanities too.

If you want to study in the U.S., find resources at EducationUSA.