From medicine to diapers to a place to stay, U.S. groups are on the front lines aiding Ukrainians fleeing from Vladimir Putin’s unprovoked, brutal war.

Americans have offered an outpouring of support for Ukraine as Europe endures one of its greatest refugee crises since World War II. The Russian military’s constant bombing of Ukrainian homes and communities has forced more than 3 million people to flee to neighboring countries and displaced another 6.5 million inside Ukraine, according to the United Nations High Commissioner for Refugees.

Samaritan’s Purse is among many U.S. faith-based groups there to help. The organization, headquartered in Boone, North Carolina, operates a 24-hour medical clinic outside a train station near Lviv, Ukraine, and set up a 60-bed emergency field hospital nearby. 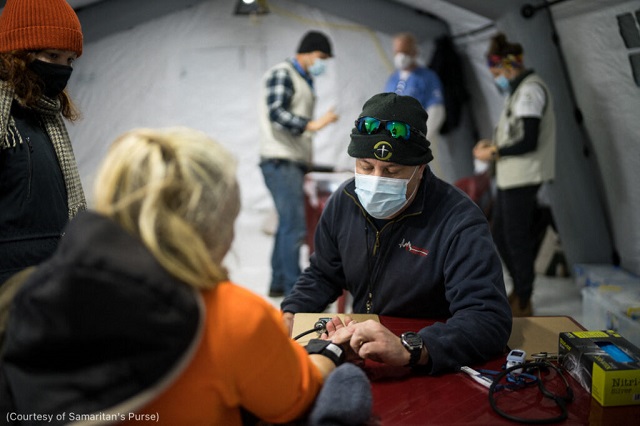 Outside of Ukraine, its mobile medical unit at a large stadium in Moldova hosts up to 1,000 Ukrainian refugees and has been seeing 50 patients daily.

The organization also has sent 91,000 kilograms of relief materials to Poland, including medical supplies, winter coats and blankets. 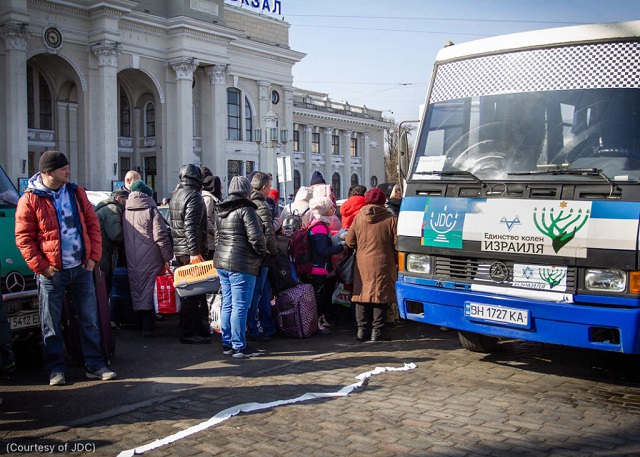 The American Jewish Joint Distribution Committee’s evacuation efforts include these in Odesa, Ukraine. (Courtesy of JDC)

“JDC will remain a lifeline to those who remain in Ukraine as well as those … in Poland who are fleeing their homes and seeking refuge,” JDC Chief Executive Officer Ariel Zwang said in a March 11 statement. 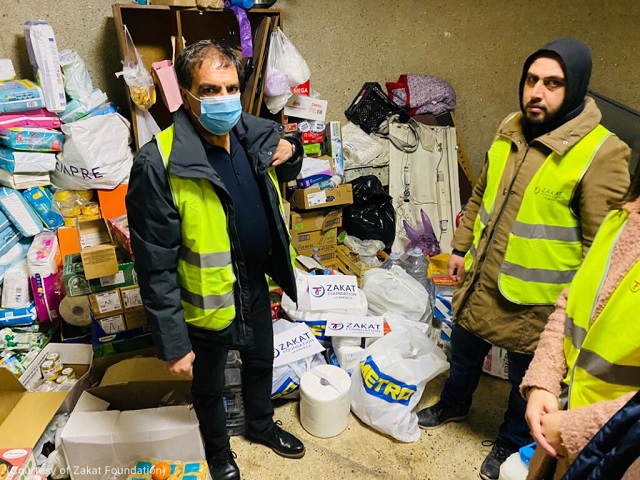 The Zakat Foundation of America, named for the Islamic pillar of giving, has teams along the Polish-Ukraine border delivering humanitarian relief essentials, such as diapers, snacks for children, women’s personal items and materials to build showers.

Christian charity Convoy of Hope has staff in seven countries near Ukraine to get food, water, shelter and other help to refugees. The Missouri-based group offers “baby care kits” or “hygiene kits” that contain soap, sanitary items, diapers, toiletries and other necessities for the millions of women and children escaping the war.

The faith-based organizations’ efforts supplement what U.S. companies are doing to support Ukraine. The U.S. government is the largest provider of humanitarian assistance to Ukraine.

In addition to faith-based groups, individual Americans are doing what they can to help Ukrainians.

Banner image: People fleeing from Ukraine get soup in Poland from Convoy of Hope, one of many U.S. groups providing assistance. (© Jess Heugel/Convoy of Hope)