Americans Honor a Champion of Equality 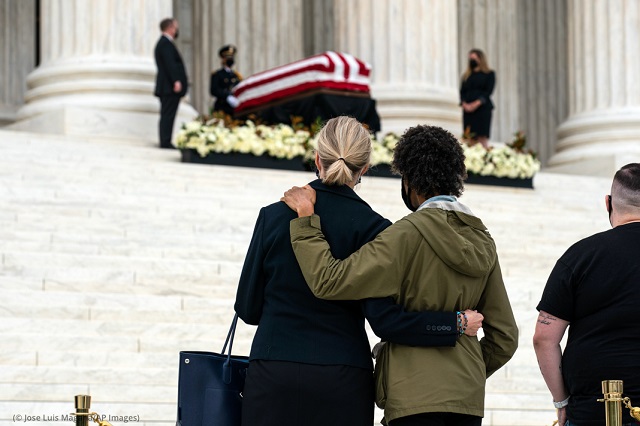 Attendees praised Ginsburg as a role model to women of all ages. Chief Justice John Roberts said her life “was one of the many versions of the American dream.”

Ginsburg was the second woman to serve on the Supreme Court. During her 27-year tenure she was a champion of racial and gender equality.

On September 25, Ginsburg lay in state in the National Statuary Hall of the U.S. Capitol, the first woman to be afforded the honor reserved to American officials, judges, and military leaders.