America’s National Guard is on the front lines of the “whole-of-America” fight against the deadly coronavirus disease (COVID-19). These Americans demonstrate the Guard’s dual role to be prepared to respond to domestic emergencies as well as U.S. military missions abroad.

They can be called to service at a moment’s notice by the president of the United States or their individual state’s governor.

On March 22, President Trump ordered full federal support of National Guard efforts to combat COVID-19 in the hardest hit states of California, New York and Washington. These authorizations streamline each state’s access to federal resources but leave each state’s governor in command of the activities of their respective National Guard units. 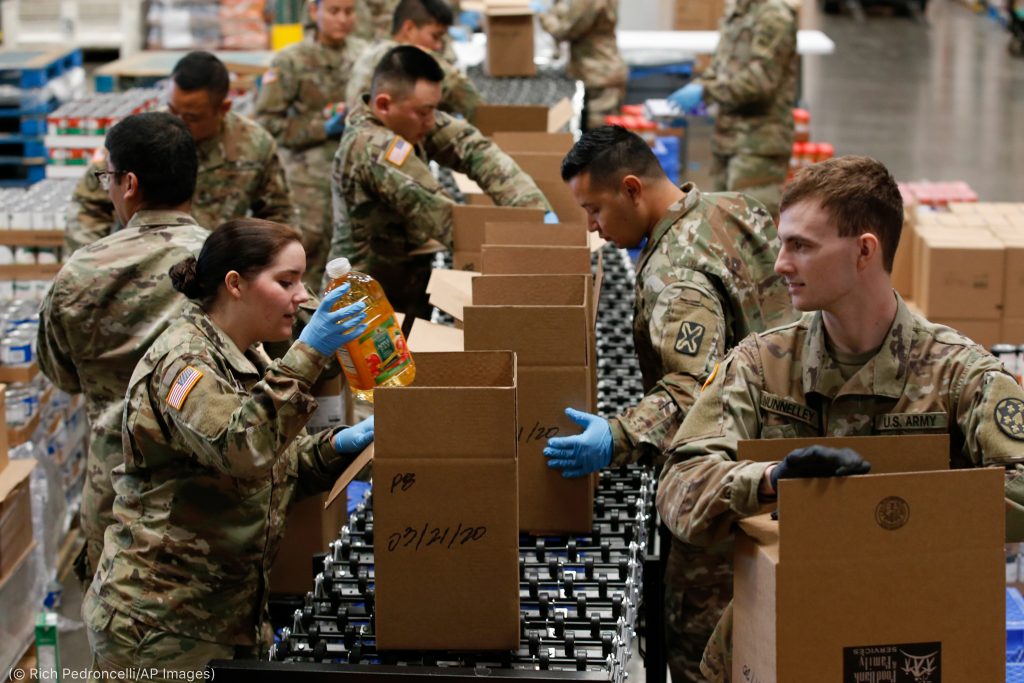 More than 8,000 Guard troops are currently deployed nationwide, supporting COVID-19 responses in all 50 states, three territories and the District of Columbia.

Each state tailors its National Guard assistance to local needs. In Florida and Louisiana, troops are helping state health officials test for COVID-19. In Arkansas, troops are answering telephone calls on swamped public health information lines. And members of Guard outfits in Maryland, Pennsylvania and Wisconsin have transported and helped residents of their states who were potentially infected on cruise ships.

“One of the most important National Guard missions is to support our own communities,” said Air Force Major General Anthony Carrelli, the adjutant general of the Pennsylvania National Guard. “Assisting and serving our fellow neighbors is a very personal effort, as this is where we live. We are all in this together.”