The year was 1943 and Joseph Carpenter had just received orders to report to Camp Montford Point in Jacksonville, North Carolina, from his home in Washington.

“I was proud to be a Marine because they had so much history,” said Carpenter, now 96.

But in 1943, Carpenter was about to make history as one of America’s first black recruits for the U.S. Marine Corps. 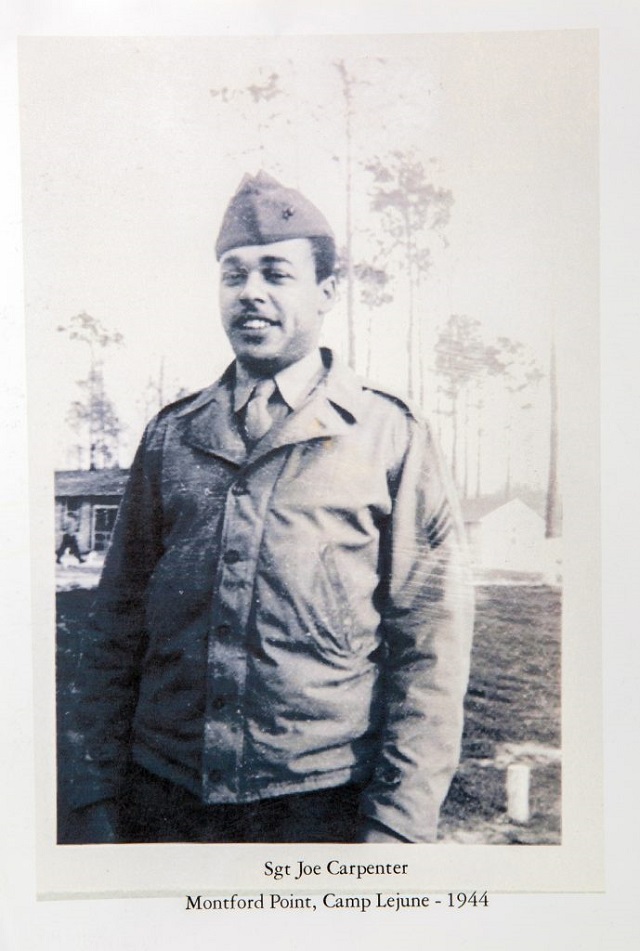 More than 20,000 blacks trained at Montford Point (and thus were called Montford Pointers) because the military then, like much of America, was racially segregated.

The military would change in 1948, when President Harry S. Truman signed an executive order ending segregation in its ranks. But during World War II, Carpenter would train in a black unit.

Whether fighting in segregated or integrated units, black soldiers have participated in every major American war since before the country’s founding.

Montford Pointers aren’t as well known as the Tuskegee Airmen, the African-American squadron of the U.S. Army Air Corps that flew and maintained combat aircraft in Alabama before becoming known as a respected fighting unit during World War II.

But Montford Pointers also served with distinction. About 13,000 of them decamped abroad during World War II. Nearly 2,000 of them helped Allied forces seize the island of Okinawa in the largest amphibious landing in the Pacific theater of the war.

Montford Pointers faced segregation when they ventured off of their base and into Jacksonville. A set of laws known as Jim Crow in the South required schools and businesses to keep whites and blacks separate.

Former Sergeant Edwin Fizer, 94, who enlisted in the Marines in 1942, remembers that some of the original white officers and drill instructors doubted the black recruits’ abilities, which only strengthened his resolve to succeed.

“We had to get past that to be sure that we were able to stay in the Corps and do well at it,” Fizer said from Illinois in a telephone interview.

While Fizer saw combat in the battle to retake Guam from the Japanese, Carpenter remained at Montford Point as chief clerk and helped unload European prisoners of war from ships. He retired as a lieutenant colonel in the 1980s. Many of the Montford Pointers extended their service into the Korean and Vietnam wars. 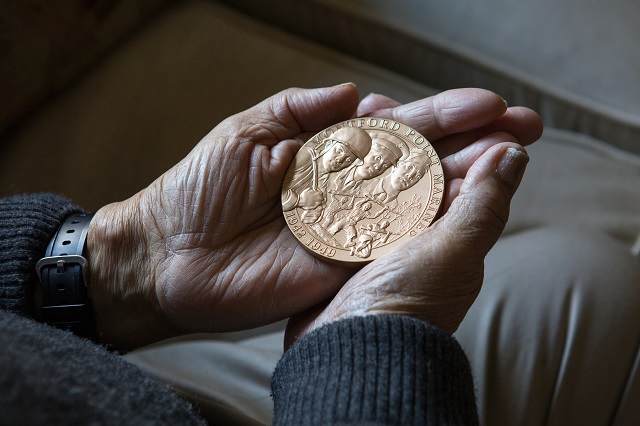 In recognition of their service and sacrifices during World War II, Montford Point Marines received the Congressional Gold Medal in 2012, the highest civilian honor the U.S. Congress gives.

In 1974, Camp Montford Point was renamed Camp Gilbert H. Johnson in honor of the African American sergeant major who served as a drill instructor there. It’s the only Marine installation named after an African American, said John Lyles, an archivist at the Library of the Marine Corps. (A U.S. Navy ship bears the camp’s name.)

About 400 of America’s first black Marines are still alive, according to the National Montford Point Marine Association.

For a new generation

Fizer wants the next generation to know Montford Pointers’ struggles and to recognize times have changed for the better. “I want them to be able to appreciate how we overcame adversity,” Fizer said. “This is a foundation that we have built, and they stand on the shoulders of us. And go from there.”

Revolutionary War: Crispus Attucks, whose mother was a slave, was among the American heroes killed in the Boston Massacre of 1770, the prelude to the American Revolution. Some 5,000 black soldiers fought on the patriot side during the war.

Civil War: The 54th Regiment of Massachusetts, made up of 1,007 black men and 37 white officers, began fighting Confederate soldiers in 1863 to end slavery.

World War I: More than 350,000 black Americans served on the western front in Europe.

World War II: The U.S. Army Air Corps created a segregated unit to train African-American pilots and ground crews at the Tuskegee Institute in Alabama. The Tuskegee Airmen are credited with 15,500 combat flights.

This article was written by freelance writer Lenore T. Adkins, and the original version was published on February 7, 2018.