Athletes Show Their Support for Ukraine

Athletes from an array of sports — professional and amateur — are showing in a variety of ways their support for Ukraine and its people amid Russia’s unprovoked and unjustified war. 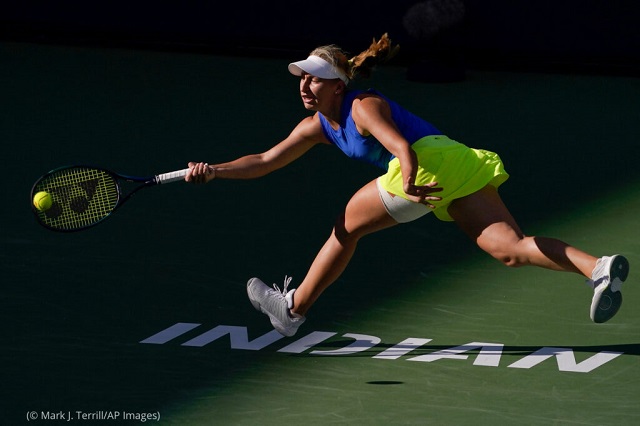 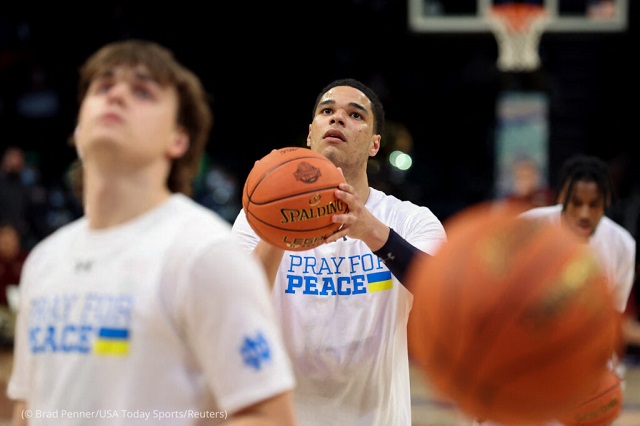 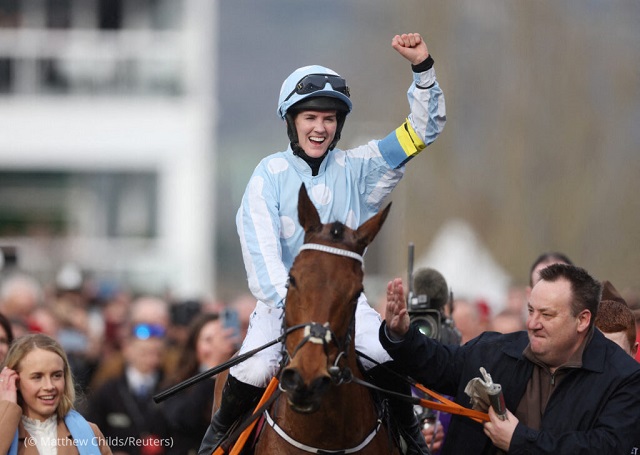 Rachael Blackmore celebrates after winning the Champion Hurdle March 15 at Cheltenham Festival in Cheltenham, England, while wearing an armband in support of Ukraine. 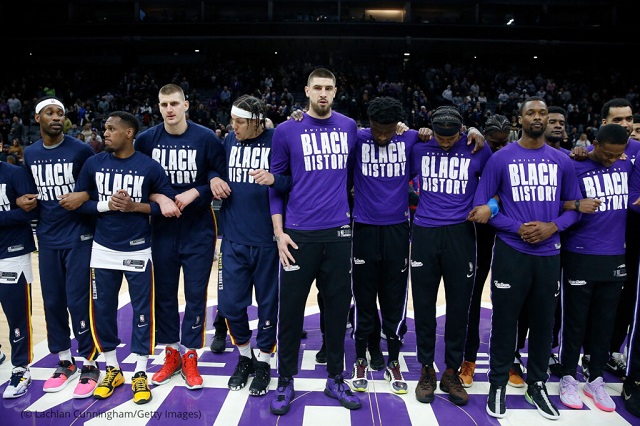 Sacramento Kings center Alex Len of Ukraine, center, is joined by his teammates and players with the Denver Nuggets in a moment of silence before their game February 24 in Sacramento, California. 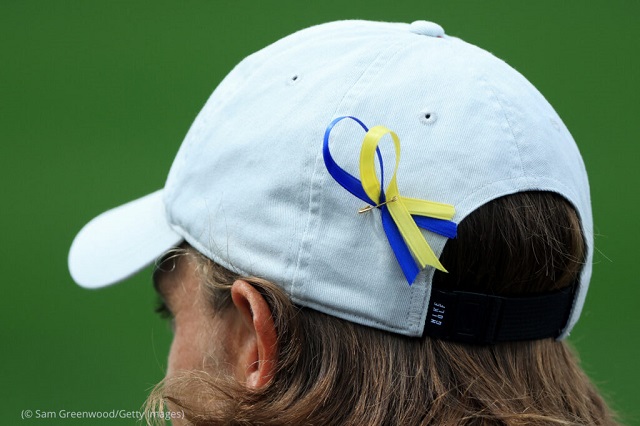 Professional golfer Tommy Fleetwood of England wears a yellow and blue ribbon in support of Ukraine during a practice round before the Players Championship at TPC Sawgrass March 8 in Ponte Vedra Beach, Florida.

Canada’s Gabriela Debues-Stafford, wearing the colors of the Ukrainian flag in her hair, runs during the women’s 3,000 meter final of the World Athletics Indoor Championships March 18 in Belgrade, Serbia. 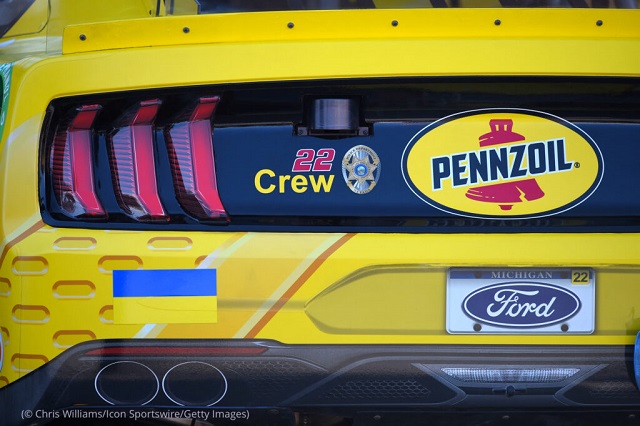 A Ukrainian flag is placed on the bumper of Joey Logano’s race car before the NASCAR Cup Series Pennzoil 400 March 6 in Las Vegas. 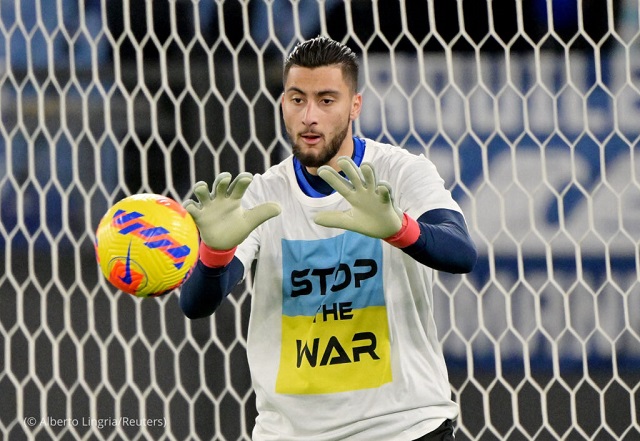 Thomas Strakosha, from Albania, wears a shirt in support of Ukraine February 27 while warming up before a soccer match against Napoli in Rome. Strakosha plays for Lazio, an Italian professional sports club. 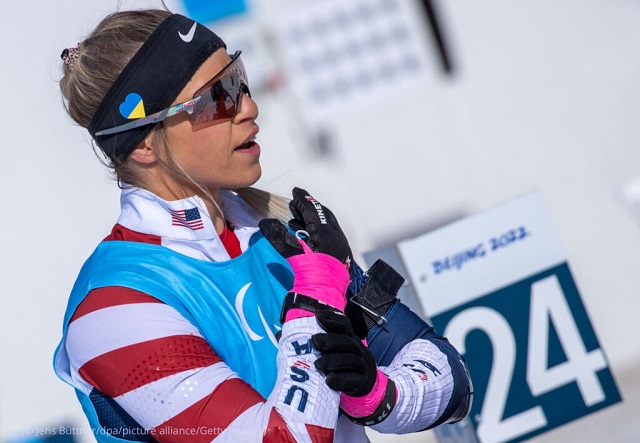 Paralympian Oksana Masters of Team USA, who was born in Ukraine, wears a headband with a heart in Ukraine’s colors during training March 3 for the 2022 Winter Paralympic Games in Zhangjiakou, China. 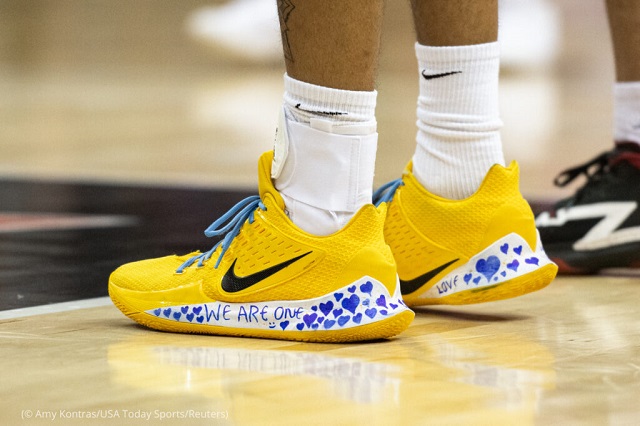 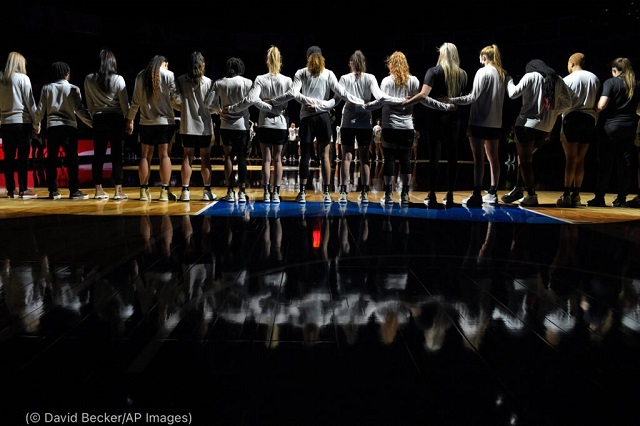 Players with the University of Colorado women’s basketball team line up for a moment of silence in support of Ukraine before a women’s National Collegiate Athletic Association game against Arizona March 3 in Las Vegas.