President Biden has declared his first national monument: Camp Hale in Colorado. The site spans over 21,000 hectares and was the training ground for the U.S. Army’s only mountain infantry division in World War II.

“These treasured lands tell the story of America. For thousands of years, Tribal Nations have been stewards of this sacred land, hunting game, foraging for medicinal plants, and maintaining a deep, spiritual bond with the land itself,” Biden said October 12 at the ceremony in Colorado. “Today, I’ll be signing the proclamation to preserve these sacred Tribal grounds as a national monument.” 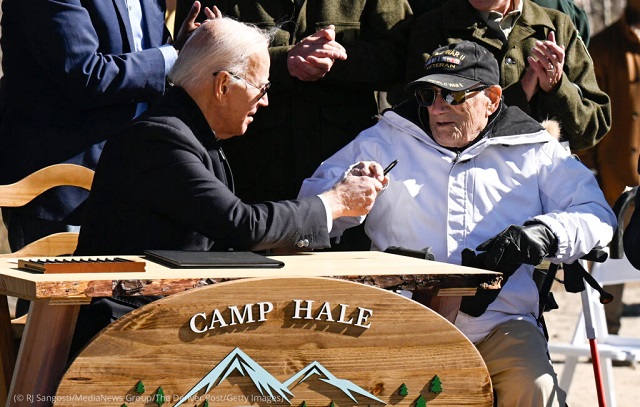 The Camp Hale–Continental Divide National Monument covers an ecologically diverse landscape that contains tarns (small mountain lakes), waterfalls and alpine tundra. It is also home to an endangered species of lynx, in addition to mountain goats, moose, bighorn sheep and many other species.

Banner image: The remains of Camp Hale, where soldiers of the 10th Mountain Division trained in the Rocky Mountains to prepare to fight the Nazis in the Italian Alps during World War II, are part of President Biden's first national monument designation. (© Thomas Peipert/AP Images)