Black Women Have Always Been Leaders for Voting Rights

Black women in America have advocated for their rights since before the United States began.

“Black women come from a legacy of activism. And that legacy started even when they were not free, when they were enslaved, and it continued after slavery,” said historian Daina Ramey Berry, Ph.D., a professor at the University of Texas at Austin, during a March 11 briefing with the U.S. Department of State’s Foreign Press Center.

“Black women are still fighting and finding ways to use grassroots organizing and national campaign organizing to make sure that we have a more equitable society,” Berry said. 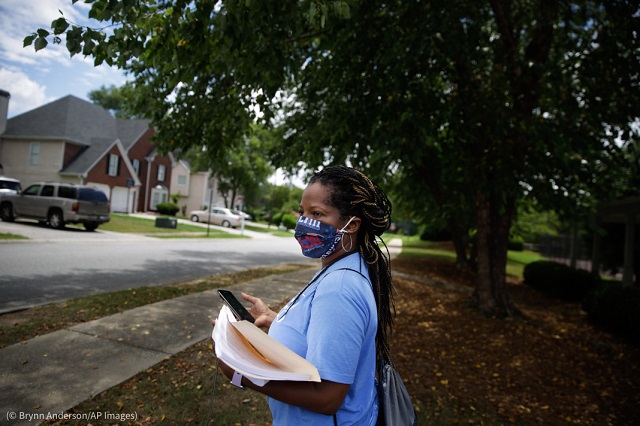 Audrey Allen, 54, walks on the sidewalk in Powder Springs, Georgia, in July 2020 near a neighborhood where she hands out early voting registration forms. (© Brynn Anderson/AP Images)

Through her research on enslaved Africans in the United States, Berry has uncovered a long lineage of Black women — dating back to the 1600s — who paved the way for present-day politicians, like Vice President Kamala Harris and Georgia voting rights activist Stacey Abrams, by advocating for their rights — specifically, their voting rights.

Even before the United States achieved independence, and even while the enslavement of Black Africans prevailed in much of British North America, Black women fought back in courts, led labor strikes to shut down plantations, and petitioned for their freedom.

Elizabeth Key, an enslaved woman from the colony of Virginia, sued for and won freedom for herself and her infant son in 1656. A century later, during the American Revolutionary War, Black enslaved women dressed as men and fought for their own freedom and freedom from British rule, Berry said. 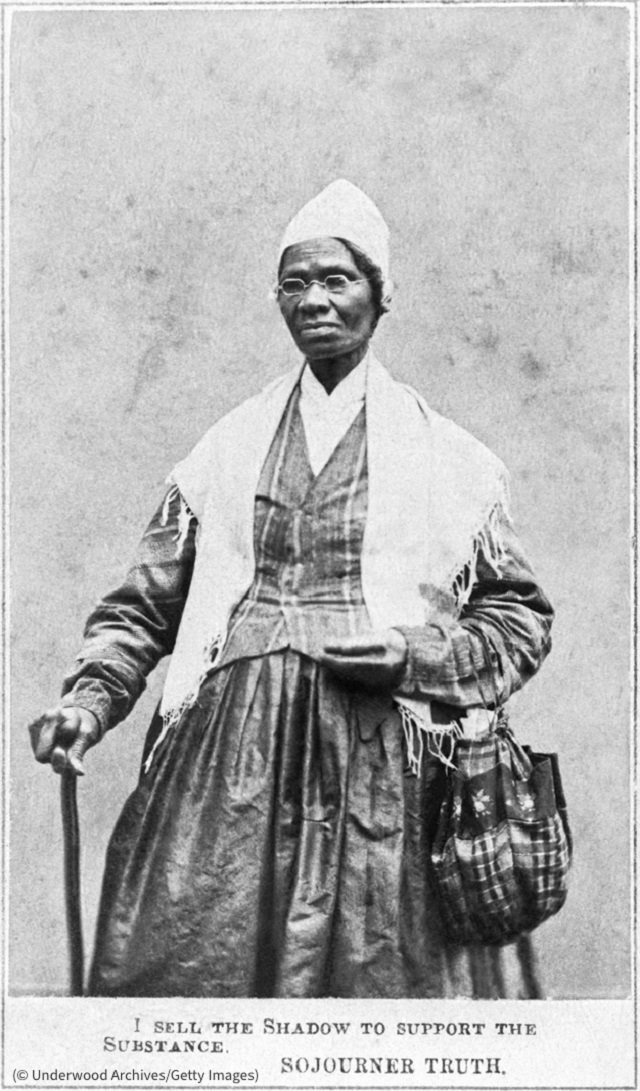 Abolitionist and women’s rights advocate Sojourner Truth in 1864. The caption for the image reads: “I sell the shadow to support the substance.” (© Underwood Archives/Getty Images)

In the pre- and post-abolition 19th century, Black women such as Sojourner Truth and Henrietta Purvis fought for women’s suffrage alongside their white peers. But even inside the women’s suffrage movement Black women faced injustice, such as white women asking them to stand at the back of the picket line. Black women were not deterred and continued to fight for voting rights.

Throughout the early 20th century, and despite Jim Crow Era laws that subjected Black Americans to legalized segregation, Black women organized voter registration drives across the country. Black women politicians came to the foreground during the second half of the century. Shirley Chisholm was the first Black woman elected to Congress in the late 1960s and the first Black woman to run for president through a major party in 1972. 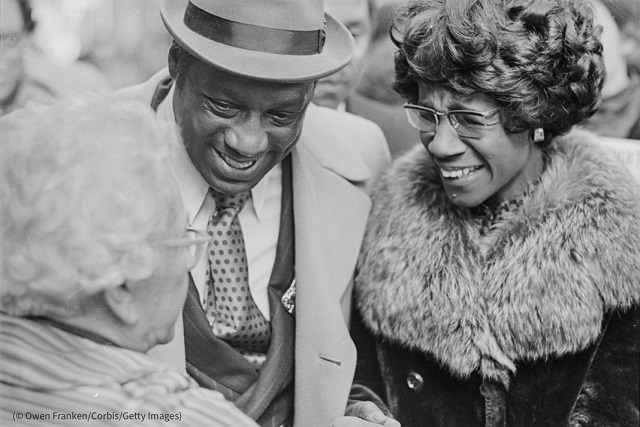 Berry credits these women with making it possible for Harris, Abrams, community organizer LaTosha Brown and other Black women to build on their legacy of activism and leadership.

“There’s a long legacy of black women who have been doing this level of activism,” Berry said. 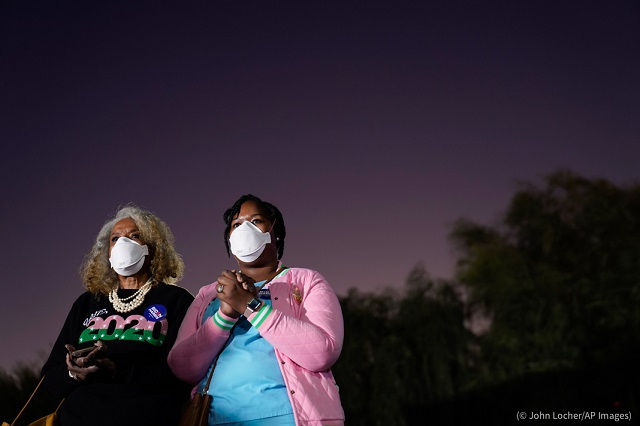 Banner image: Kamala Harris speaks at a drive-in vote rally in Philadelphia during her campaign for vice president in November 2020. (© Michael Perez/AP Images)