Kamala D. Harris broke barriers when she was inaugurated as Vice President of the United States on January 20, 2021.  She is the first woman, the first Black American, and the first South Asian American to occupy that position.

“While I may be the first woman in this office, I will not be the last—because every little girl watching tonight sees that this is a country of possibilities,” Harris said on November 7, 2020.

Born in Oakland, California, in 1964, Harris is the daughter of immigrants. Her father, Donald Harris, originally from Jamaica, is a retired economist. Her mother, Shyamala Gopalan, originally from India, was a civil rights activist and a breast cancer researcher who told her children: “Don’t sit around and complain. Do something.” Harris and her sister were primarily raised and inspired by their mother. 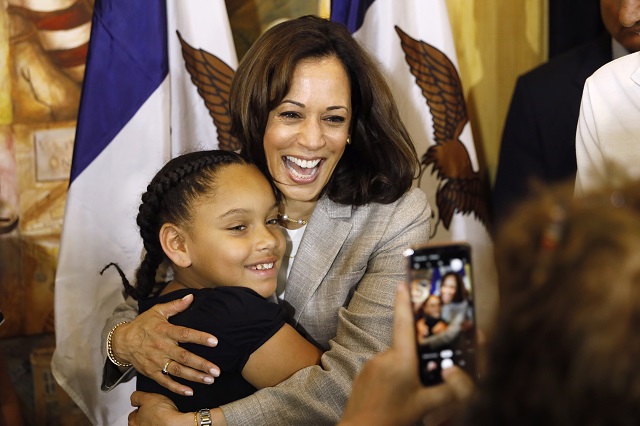 Kamala Harris gets a hug from Kyrah Cortimiglia, of San Diego, California, during a visit to Davenport, Iowa, as a Democratic presidential candidate in July 2019. (AP Photo/Charlie Neibergall)

Growing up, Harris was surrounded by a diverse community and extended family. In 2014, she married attorney Douglas Emhoff and became stepmother to his children, now young adults. Emhoff, in addition to serving as Second Gentleman, teaches at the Georgetown University Law Center in Washington.

Harris graduated from Howard University, a historically Black university in Washington, and earned a law degree from the University of California, Hastings College of Law. She worked as a deputy district attorney in Alameda County for several years and in 2003 became the district attorney of San Francisco.

In 2010, Harris became the first Black woman to be elected California attorney general, overseeing the  largest state justice department in the United States. She established the state’s first Bureau of Children’s Justice and instituted reforms that ensured greater transparency and accountability in the criminal justice system. 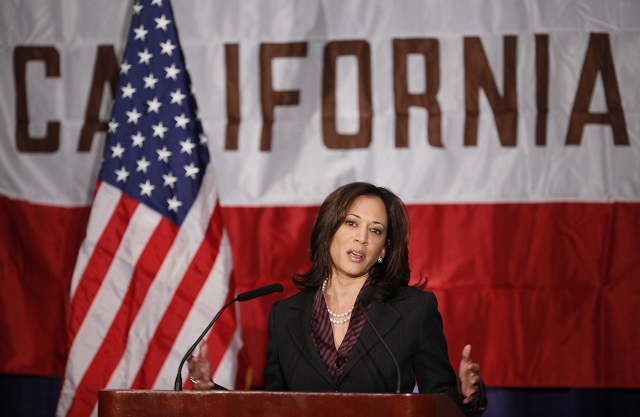 Harris was sworn into the United States Senate in 2017. In her first speech as a senator, she spoke out on behalf of immigrants and refugees. As a member of the Senate Select Committee on Intelligence, she worked with members of both parties to keep the American people safe from foreign threats and crafted bipartisan legislation to assist in securing American elections. She also participated in hearings for two Supreme Court nominees while serving on the Senate Judiciary Committee. During her tenure as a senator, Harris championed legislation to reform cash bail, combat hunger, provide rent relief, improve maternal health care, and address the climate crisis. 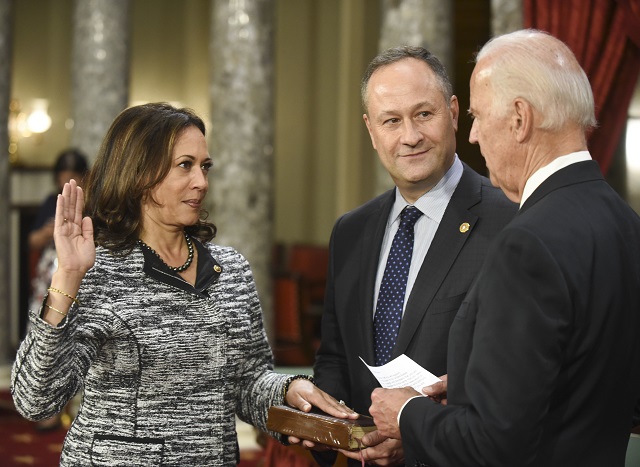 On August 11, 2020, Harris accepted President Joe Biden’s invitation to become his running mate and help unite the nation. She has said that her priorities as vice president are to help President Biden to end the COVID-19 pandemic, expand economic opportunities and health care, tackle the climate change emergency, confront terrorism and systemic racism, and work closely with international allies on shared concerns.

Since becoming vice president, Harris has been actively involved in U.S. national security and foreign affairs, meeting both virtually and in person with a number of foreign leaders in order to strengthen important U.S. alliances. When Japanese Prime Minister Suga visited the United States in April 2021, Harris said it was a “personal point of privilege” for her to meet with the prime minister of Japan because she is from California, which has a strong and vibrant Japanese American community that has made great contributions not only to the state but also to the country. “And it is a community with which I have worked and lived for my entire life,” she went on to say. In a tweet after her meeting with Suga, Harris wrote: “Together, the U.S. and Japan will strengthen our efforts to promote peace, prosperity, and security in the Indo-Pacific.” 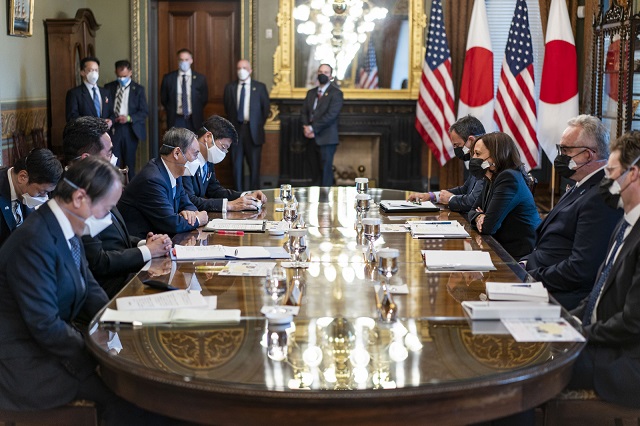 One issue that Harris has been particularly focused on in her role as the first female vice president of the United States is women’s empowerment. Addressing the United Nations Commission on the Status of Women in March 2021, Harris noted that the status of democracy depends fundamentally on the empowerment of women, “not only because the exclusion of women in decision-making is a marker of a flawed democracy, but because the participation of women strengthens democracy.”

Perhaps Vice President Harris’s view on the importance of women’s empowerment is best summed up in an op-ed she penned for the Washington Post in February 2021. “When we lift up women, we lift up families, we lift up communities and all of society benefits,” she wrote. “This is true in the United States and around the globe.” 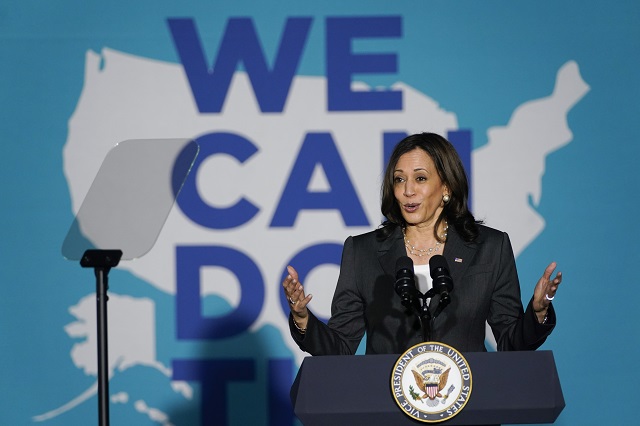