A generation of blind innovators in the United States began their journey to success from inside a “cave.”

While the University of California, Berkeley called the place a blind students’ study center, those who used the basement-level room inside Moffitt Library called it The Cave.

Combining cramped space, old furniture and the smell of coffee and books, the center earned its nickname. 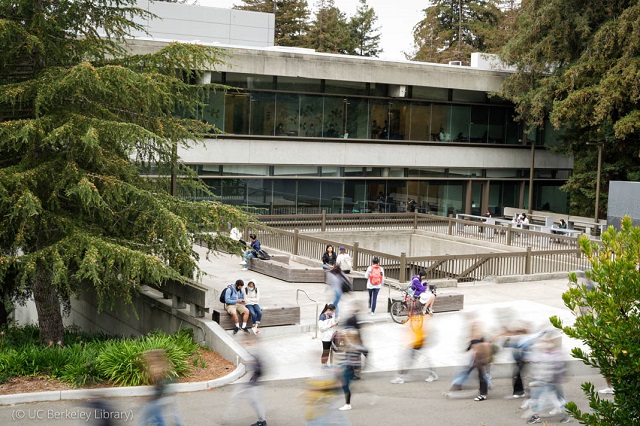 “The Cave” was in the basement of Moffitt Library on the University of California, Berkeley campus. (© UC Berkeley Library)

“It’s where the bats hung out,” Joshua Miele, one of several students who studied there in the late 1980s, told STAT, a media company produced by Boston Globe Media.

For Miele, a physics major, his innovation journey began there. The Cave provided a sense of community and value for Miele and other blind students before the 1990 Americans with Disabilities Act prohibited discrimination in public facilities.

Students had keys to the center so they could study at all hours while they explored new ideas. A main draw: a wide array of special technology not easily found elsewhere.

The blind students could type search terms into a talking computer terminal that would then read them books, articles and other materials from the library’s catalogs and databases. This was all years before easy access to the internet.

Today, Miele develops devices for blind and visually impaired individuals to use, such as tactile street maps. He won a 2021 MacArthur Foundation fellowship, often called genius grants, for his work as a technology designer.

Sutton works for Apple Inc. identifying software bugs and designing solutions that enable blind people to use smartphones and computers.

Both Miele and Sutton are among innovators and changemakers who studied in The Cave. Others include:

Miele said his time at UC Berkeley was when “I began to understand that I was part of an enormous, and enormously cool, community of people with a history, cultural context, and wealth of identities. I consider myself deeply connected with the rich Berkeley disability community.”