Hawaii and Okinawa Team Up to Pursue Clean Energy Goals

For many years, the United States and Japan have worked together to combat the twin challenges of energy security and environmental sustainability. In 2010, our two countries joined with the State of Hawaii and Okinawa Prefecture to create the Okinawa-Hawaii Partnership for Clean and Efficient Energy Development and Deployment. Through this partnership, Okinawa and Hawaii can share experiences and expertise as they pursue their common goals.

The partnership draws on Okinawa’s and Hawaii’s long history of cultural and economic exchange, stretching back hundreds of years, and their common characteristics as small island states or prefectures in a subtropical climate. Both are interested and experienced in solar, wind, bagasse (a sugarcane by-product used as a biofuel), bioethanol, and ocean energy technology; electric-drive vehicles; and energy-efficiency. Both island economies have an interest in promoting tourism and eco-tourism, and foresee the need for significant increases in electricity supplies to support their growing economies. At the same time, both feel the pressure of dependence on imported, and expensive, fossil fuels. Through this partnership, the U.S. Department of Energy and Japanese Ministry of Economy, Trade, and Industry offer subject matter expertise to support Okinawa and Hawaii in pursuing their clean energy goals, articulated in the Hawaii Clean Energy Initiative and Okinawa Energy Vision, respectively.

To date, the partnership has involved work in four areas: energy-efficient buildings, smart grid, renewable energy, and people-to-people exchange. Building engineers and managers from the Okinawa Prefectural Government traveled to Honolulu to join their Hawaiian counterparts for energy efficiency training in the fall of 2011. Then in March 2012, U.S. experts from the National Renewable Energy Laboratory traveled to Okinawa to conduct an energy assessment of the Itoman City Hall building and offer a second opinion to the building managers as they finalized their plans to renovate and retrofit the building. In February 2012, middle school students from the University of the Ryukyus Junior High School in Okinawa and Punahou School in Hawaii learned about energy and energy-efficiency, then participated in a contest to identify design changes that could make their homes as energy-efficient as possible. During a live awards ceremony, linked via the power of the Internet, an Okinawan student said his favorite part was learning about the differences in energy use between Hawaii, Okinawa, and the U.S. and Japan as a whole.

Another area in which Hawaii and Okinawa are cooperating is ocean thermal energy conversion (OTEC) – a technology that was developed and proven in response to the 1970s oil shocks, but which has not made it to general use yet. Both Hawaii and Okinawa are located in areas suitable for OTEC, and are interested in the technology’s potential role in providing so-called “baseload” power – electricity that is generated at a steady rate throughout the day and night, not subject to the variability of solar or wind power, which are affected by cloud cover and wind speeds. 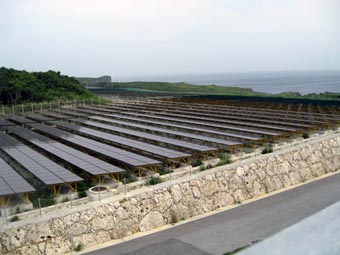 The two local governments held workshops to share information about this technology, resulting in Okinawa’s decision to begin a pilot project off Kume Island in the next few years. This joint effort to understand and explore potential next-generation energy sources is an excellent example of the type of cooperation the partnership can foster.

The clean energy partnership shows the potential to achieve common goals faster through international cooperation and exchanges of personnel and information. Together, Hawaii and Okinawa can lead the United States and Japan to a clean energy future.

Heather Dresser is an economic officer at the U.S. Consulate General in Naha, Okinawa. She joined the State Department in 2007 and previously worked in the Office of Japanese Affairs in Washington, D.C.