College Corner: How the Pandemic Has Affected Our Social Lives

Considering how the United States is still seeing high numbers of COVID-19 cases, it is apparent that most schools across the nation will not be having in-person instruction for a while. As a result, many students and staff have had to adapt to a virtual setting for school, primarily using videoconference platforms to hold virtual classes.

One of the most notable impacts of this new virtual setting is how it has affected socializing among students. I attend the University of California, Los Angeles (UCLA), and L.A. has been one of the epicenters of the pandemic. This means that no in-person classes are being held for the time being. The only exception is for students who have to go to campus on account of their majors, such as people who require lab classes or study the performing arts.

It is currently my first year at UCLA, and I have noticed how the virtual nature of classes and events in general has impacted students’ social lives. The general trend is that people frequently tend to socialize noticeably less in virtual environments, and it sometimes gets to the point where people choose not to speak unless they are required to do so.

One unique distinction between virtual classes and traditional in-person classes is the increased attention that is brought to each individual student every time they choose to speak in class. In traditional in-person classes, people are usually spread out facing the professor. This means students will mainly be facing the professor when they are asking questions, and it also gives them the ability to converse with students near them. In virtual courses, every time a student chooses to speak, that person’s face shows up on the other students’ monitors and that often makes students nervous. 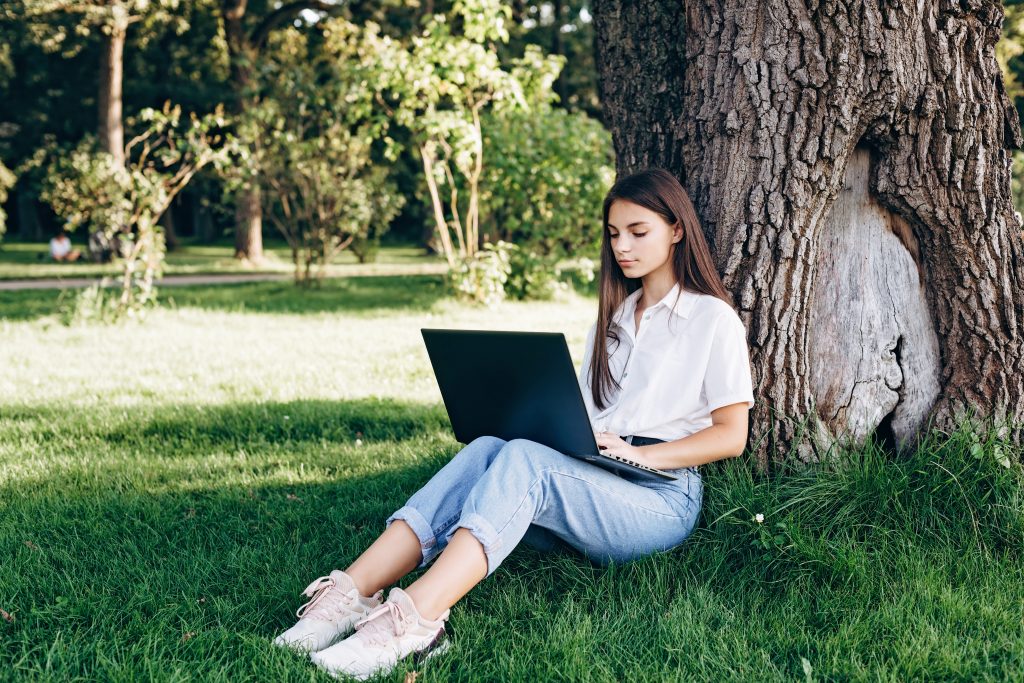 Students also lose the ability to converse with students near them in virtual classes. They could privately send messages to other students in the chat box if they want to, but this is time-consuming and distracting during live lectures so it is not commonly seen. The only other instances of students conversing with one another takes place in group messaging chats using apps. However, these are large chats that tend to avoid any conversation outside of academic topics. It’s especially difficult to socialize for first-year students and new students who don’t know anybody from previous years and are just starting to meet people.

In addition, many students often turn their cameras off during class and this takes a toll on the social aspects of the class. Professors sometimes express their preference for students to have their cameras on to provide a better social experience, but practically all of them are okay with students having their cameras off.

Outside of class, things are a little different. Many clubs and organizations hold virtual social events such as movie nights, game nights, and trivia nights, and these events usually involve more socializing than classes and are able to offer a pleasant time for students in this socially challenging situation.

However, in virtual social events, the ability for various people to speak all at once is taken away. In these events, the only way for somebody to be heard is to speak one at a time. This has created an obstacle in facilitating the same environment as a traditional in-person social event where conversation flows more easily. As a result, the instances of silence in these events has increased and this diminishes the ability to socialize.

There are some positive aspects to socializing in this new virtual environment, though. For example, there’s been a social media trend in which students write thank-you signs for their professors and surprise them by holding up the messages during class. Another example is the use of breakout rooms. These are groups set up during videoconferences for one-on-one conversations or conversations among a specified number of people, allowing for more socialization within the virtual environment. And communicating virtually can be done from anywhere you have an internet connection. You’re not tied to your dorm room, and you don’t have to worry about what you wear!

While the pandemic has created hardships when it comes to college students socializing, many have started to adapt to this situation. There’s a “we’re all in this together” mentality that prevents students from feeling too isolated and encourages thinking creatively about how to communicate. Hopefully this trend will continue so students can have better social experiences while dealing with the pandemic.